From tent campgrounds to cushy cabins, the freshest and newly improved sites we’re most excited about this year 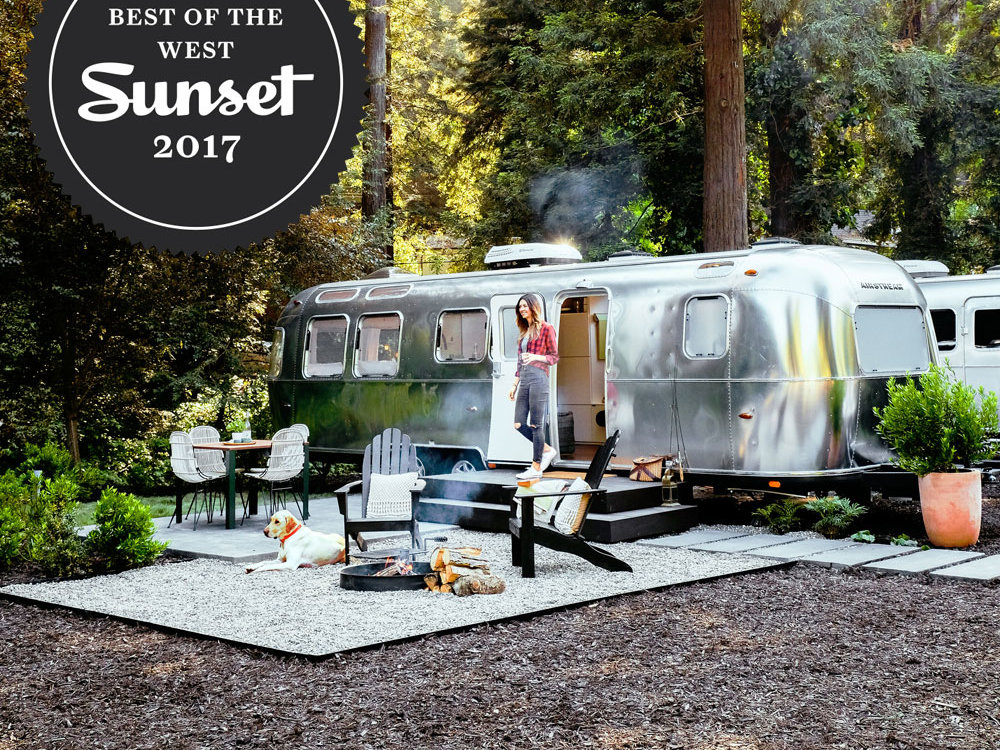 Valdez KOA
Alaska’s only KOA is located on 18 quiet acres of land with 360° mountain views. RVs and cabins are equipped with Wi-Fi. koa.com

The Shady Dell
The Shady Dell’s nine refubished vintage trailers are set on a quaint property in Bisbee that feels more like a tail-gate party with croquet on the artificial-turf patio. theshadydell.com

Point of Rocks RV Campground
The Prescott park is just minutes from downtown and adjacent to picturesque lake. Newly offered are Wi-Fi and 50-Amp sites throughout the upper loop of the park. pointofrocksrvcampground.com

Ventana Campground
In Big Sur, campers rough it in the redwoods and then have access to the resort’s spa and Japanese bathhouse at the top of the canyon. ventanacamping.com

Inn Town Campground
On 15 wooded acres just 2 miles from Nevada City, you’ll find a campground with a community vibe. The grounds include tent and RV sites, plus 15 canvas tents with handcrafted and antique furnishings. A common building features bathrooms, a communal kitchen, and general store. inntowncampground.com

Jackson Point Boat-In Campground, Tahoe National Forest
Part of the Pacific Crest Trail passes along the east side of the Jackson Meadow Resevoirreservoir, which also makes for a good fishing spot. fs.usda.gov

Starlite Classic Campground
The nine vintage trailers at this throwback campground in Cañon City are now equipped with WiFi, a pool, and dog park. starliteclassiccampground.com

Sol Mountain Farm Camp
Sleep under the stars in one of two new teepee sites on this privately owned organic homestead in Alpine. Pets are welcome. hipcamp.com

The Resort at Paws Up
The Greenough resort with 30 luxury tents and 28 cabins kicks off the summer with a new campfire concert series. pawsup.com

Cathedral Gorge Camp
A desert photographer’s dream, the Cathedral Gorge State Park has a campground with 24 tent sites and newly installed electrical hookup for RVs. Park personnel have recently installed a steel-frame stairway down to Miller Point, which gives visitors a new view of the canyon a 1-mile trail below. parks.nv.gov

Wilderness Camping
It’s easier than ever to snag an overnight among the lowland forests and sub-alpine areas along the Wonderland Trail in Mt. Rainer National Park, thanks to a new online reservation system. nps.gov/mora

Keyhole Tree House
The Cottonwood campground at Keyhole State Park gets an upgrade in the form of a private tree house with three rooms, an electric fireplace, and a large deck overlooking the lake. wyoparks.state.wy.us

Conrad Campground
Located on Tagish Lake’s Windy Arm in the Yukon, it’s the first new campground in 30 years and has 29 sites for both tents and RVs. env.gov.yk.ca