There's something new beneath an arch of the Maple Avenue Bridge in Redmond, Oregon, 19 miles northeast of Bend: A challenging course for... 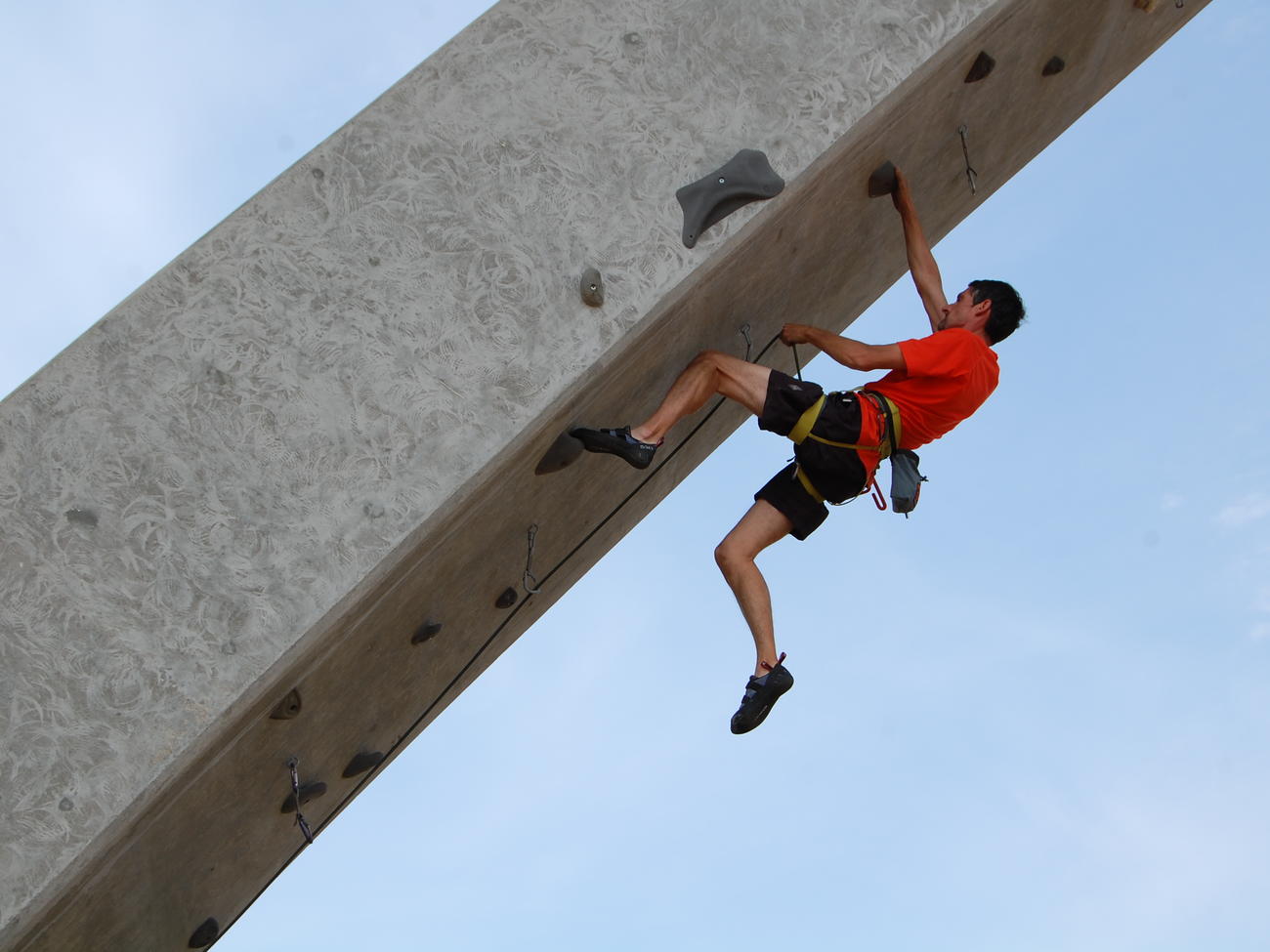 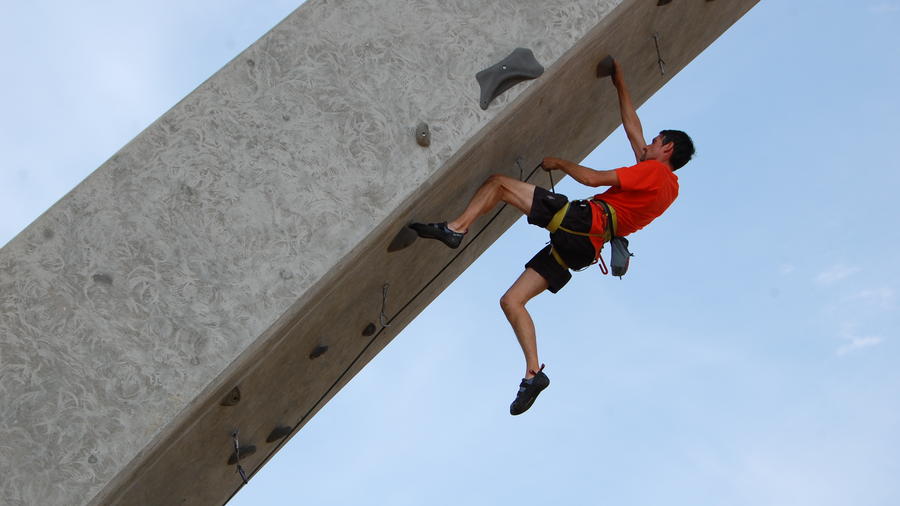 There’s something new beneath an arch of the Maple Avenue Bridge in Redmond, Oregon, 19 miles northeast of Bend: A challenging course for rock climbers. “The first day I saw the arches, I thought–wow–it could be cool to climb them,” says Ian Caldwell (pictured), the expert rock climber and mastermind behind the course. This bridge route is cool in other ways; here’s why. 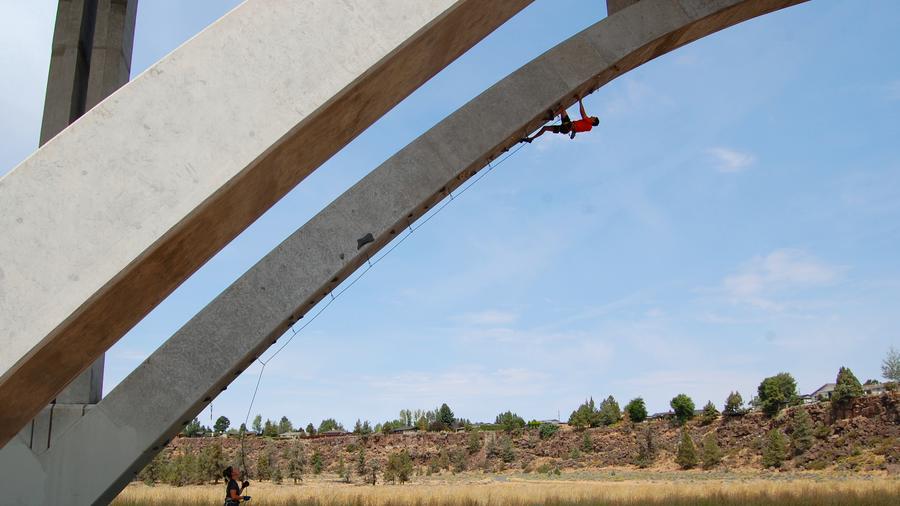 Caldwell, an avid climber, proposed the idea to the Redmond city staff in 2013 after scaling big overhanging routes in Maple Canyon, Utah. Approved by the city council barely a year later, the first leg of the climbing area opened in August 2015, thanks to donations from central Oregon climbers. “The climbing style is fun because it’s steep, more gymnastic,” says Caldwell. The “impossible-looking” route starts at a 45° overhang and finishes at 75°—nearly horizontal! More routes are planned for the bridge’s other arches. 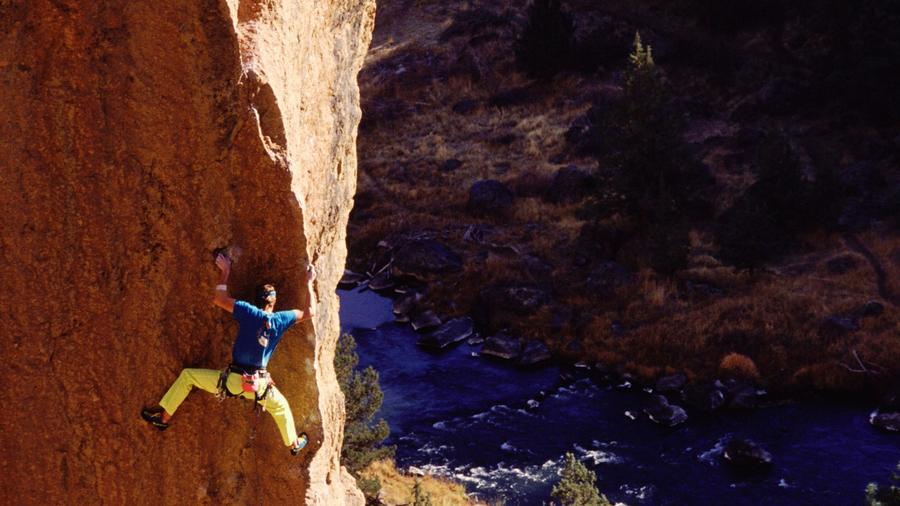 It’s a different experience than nearby Smith Rock

If you’re an avid and experienced rock climber, Maple Bridge is a great spot to hone your “steep overhang” skills, which you can’t do on the near vertical faces of world-famous Smith Rock, in Smith Rock State Park (pictured), 8 miles away. 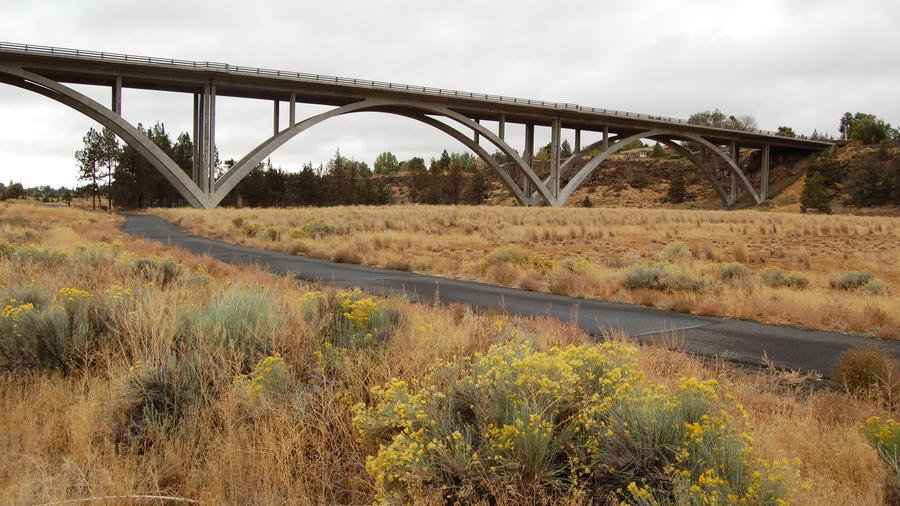 A great park runs beneath it

Not a climber? Try hiking, biking, jogging, or just exploring in Dry Canyon, which cuts beneath the Maple Avenue Bridge, and for five miles through Redmond’s city center. It’s where the Deschutes River used to flow before nudging its channel westward. 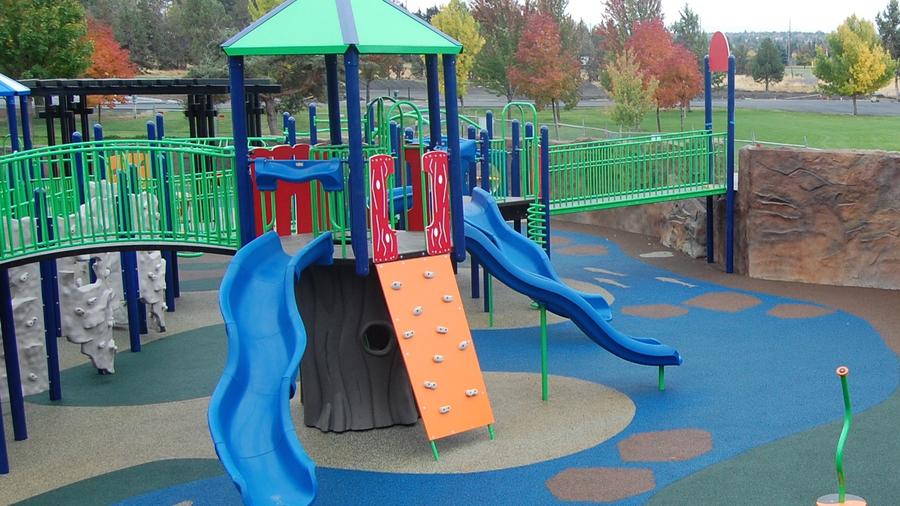 Redmond’s new Sam Johnson Park—just 1/2 mile south of the bridge—is connected by a paved trail through Dry Canyon. This fully accessible playground is where kids of all sizes and abilities are learning to scale walls. “A third of the cost of this park’s $1 million price tag came from donations,” says Annie McVay, Parks Division Manager. “Kids even donated $5 from their piggy banks” to make this happen.”