Manoah Winter
Written by Dakota Kim May 14, 2019
Share this story 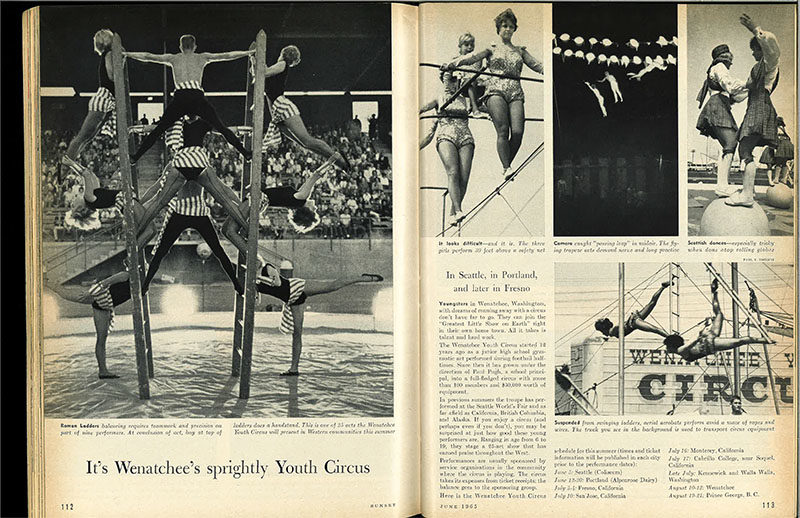 Many a circus is short-lived, and busy teens can hardly be expected to sustain a full working circus. But for 67 years, generations of children in the all-human Wenatchee Youth Circus have done just that, carrying a torch lit by Paul K. Pugh, an English teacher at Wenatchee Junior High School who became the circus’ leader and mentor until his death in 2017.

At the request of his principal, Pugh started a tumbling team in 1952 that performed at school sports games. Soon, the group was practicing tightwire and trampoline tricks at the local YMCA. A popular teacher and later the school principal, Pugh recruited and trained students from 7th to 12th grades, amassing 80 students who traveled as far as Anchorage, Alaska and performed at prestigious events like the 1962 World’s Fair in Seattle.

“Dad was a cross between the Pied Piper of Hamlin and the Music Man,” David Pugh, Paul’s son, said. The younger Pugh became a clown from age three until age 11, when he began the four circus T’s: trampoline, tumbling, trapeze, and tightwire. Despite falling several times from the trapeze, and being knocked unconscious as a 17-year-old in Portland in 1967, Pugh was back in the saddle two weeks later.

The circus was David’s life, as it still is today for 35 to 50 Wenatchee kids throughout the summer season, who still perform the circus’ classic acts, swinging ladders and Spanish web. However, they have kept the performance fresh with new acts like aerial silks, where the aerialist twists two long stretchy pieces of fabric around his or her body to pirouette through the air.

Haven Ploch, 16, who specializes in aerial silks, hopes to attend Florida State University in Tallahassee after she graduates, where she would perform in their big top circus.

“Our circus is special — we’re the only traveling youth circus in the country,” Haven said. “You’re never bored. You get over your fears and meet new people.”

But it isn’t all fun, games and flying through the air. Being a part of this youth circus is a lot of work — and a great learning experience.

“The ones who get into it, it’s in their blood and they love it,” treasurer and board member Glenna Brown said. “They realize the benefit of the work ethic and go on to volunteer as trainers. We’re one-hundred percent volunteer run.”

The circus runs in the Ploch family, with Haven’s older brother Triston, 18, joining after he saw Haven perform. The two Wenatchee siblings now spend every summer touring Washington with the circus, despite the 8 a.m. wake-up call, three hours of practice a day, and crew chores. 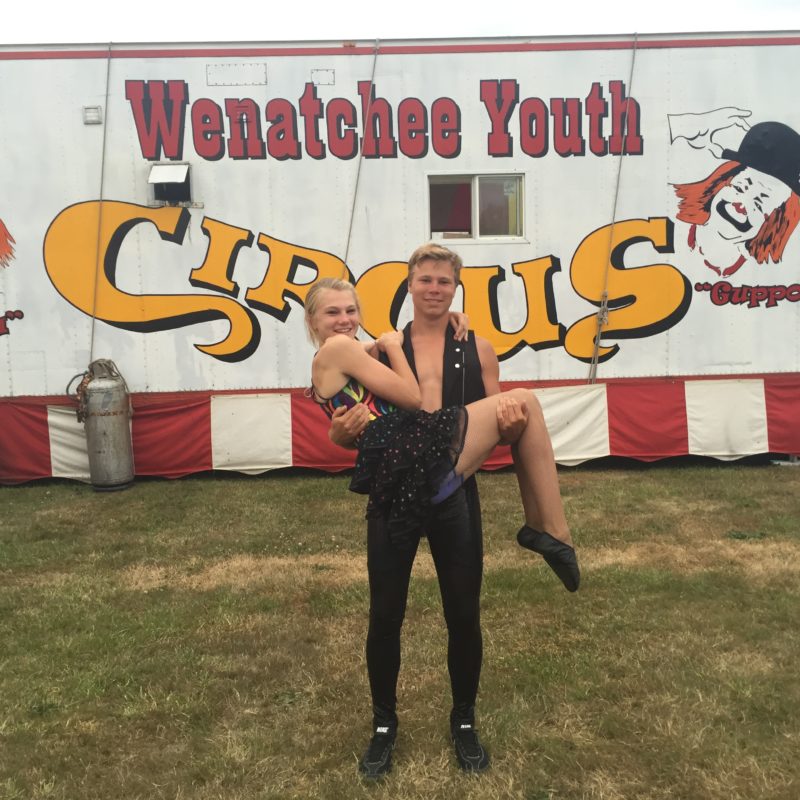 Triston, who hopes to continue as a performer and trainer after he graduates, say he was afraid of heights before beginning double trapeze, but the circus helped him overcome it. “We push each other, but we know when not to push,” he said. “I’ve never done something so close to a family as the circus. It’s helped me learn to take direction from people who are more experienced than I am, and helped me build my work ethic, not only for myself but also for other people around me. I’ve done things that I never thought I could do.”

I am blessed and so grateful to have had the opportunity to perform for this circus as a teen and young adult. I have gotten to perform with other youth from around the world. If it wasn't for this…I wouldn't have found my way into a yoga studio teaching silks and I definitely wouldn't have become a yoga instructor. I'm blessed to be able to return to the lot to help and be welcomed by old and new faces with warmth and love. I owe many thanks to the founder. He will always have a special place in my heart and I will carry his memory in my heart forever. #guppo #wenatchee #wenatcheeyouthcircus #yoga #circus #circuslife #handstands #handstandseverydamnday #circusinspiration #4thofjuly #homeshow #myoldstompinggrounds #memories

The collaborative spirit comes in handy when it’s time to break down at night: Wenatchee Youth Circus members star not only in the cast, but also in the equally hardworking crew, collapsing tents and cleaning up the dining tent. Awaking in a new town, circus members raise the tents, rig the trapeze, and cook breakfast for their peers, learning teamwork and discipline.

“Our underlying theme is ‘You can do it, and there’s something for everyone no matter what it is,’” David said. “‘Circus’ comes from the word ‘circle,’ so older kids would teach younger ones, and there’s always that sort of brotherly camaraderie. It’s this magical forum where you learn to get along with others and to solve little mini-crises and everything comes together somehow.”

Thank you #circus4youth for capturing such an awesome photo of her first time on swinging ladders!! I'm even more excited for the Edmonds shows this weekend!!! She's amazing!! #wenatcheeyouthcircus

Financially, the circus is thriving, David says, with robust ticket sales and the support of the local community. But it’s not easy, Brown says, with $17,000 annually needed for insurance for liability and transportation. Local service groups, like the Kiwanis, Lions and Rotary Club, organize car washes and support the circus-sponsored fundraisers, so 100 chaperones and circus members can eat, travel, and perform together across Washington.

The Wenatchee Youth Circus opens its season on June 15 in Entiat, Washington, concluding on August 25 in Waterville, Washington. You can find big top dates at their website.