Escape to a hidden resort in B.C.’s Gulf Islands 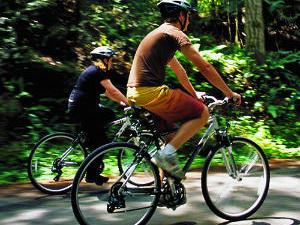 Shaped like a couple of crab claws, a 20-mile-long pair of bridge-linked islands rise from an inland sea. They’re never very cold, and their rainfall is half what Seattle gets.

Hidden beaches dot the rocky shoreline, and fields break up the hilly, timbered interior; gravel roads lead to secluded homes, small farms, and artists’ studios. They could be two of Washington’s San Juan Islands ― and would be, if the line had been drawn just a few miles to the north

Instead, North and South Pender Islands ― just off Vancouver Island, British Columbia ― are among the southernmost of Canada’s Southern Gulf Islands.

North Pender Island has long been the last port of call for the ferry from Vancouver before it stops at bigger, better-known Salt Spring Island. But visitors are finding more reasons to debark and linger on the Pender Islands these days. And a new world-class resort, with its villas and spa and restaurants spilling down the hillside to a marina full of sailboats and cabin cruisers, is just the most obvious one.

Poets Cove Resort & Spa, on South Pender Island, was built from the foundations of Bedwell Harbour Resort, for many years a favorite destination for vacationing families. The new resort has maintained its family appeal with tennis courts, two swimming pools, a fleet of kayaks (for those arriving without their own boat), the casual Syrens lounge, and a friendly, easygoing ambience. Adults appreciate the spa, which is as alluring as its name (Susurrus), and the resort’s elegant Aurora Restaurant, where the chef capitalizes on local bounty, from Gulf Islands lamb to Salt Spring Island goat cheese and fresh herbs from a farm on North Pender.

There’s nothing else quite like Poets Cove in the Gulf Islands, or in the San Juans for that matter ― picture a newer, more intimate Rosario or Roche Harbor on an island that has the scale of Lopez rather than Orcas or San Juan. Hand-lettered signs ― paintings, eggs ― point the way to treasures off the island’s winding roads. And with no real town, the 2,000 residents catch up with their neighbors at the single small grocery store or the weekly farmers’ market outside Pender Island Community Hall.

But Poets Cove isn’t the only new thing on the islands. Chunks of the landscape are now part of Gulf Islands National Park Reserve, established three years ago to preserve the islands’ ecosystems and protected marine areas. A trail leading up Mt. Norman, within the park on South Pender Island ― a quick water-taxi ride or kayak paddle away from Poets Cove ― offers breathtaking views of Bedwell Harbour, Wallace Point, and beyond.

Over in Driftwood Centre ― a mini mall serving as the islands’ commercial hub ― is Pistou Grill, opened five years ago when chef-owner Pierre Delacôte traded in a career-driven life in Vancouver for a little bistro of his own. Since then he’s been treating locals and visitors to lamb shank and cassoulet, seared Thai prawns and sea scallops, and “sunburned” lemon tart.

A few miles away, the century-old Hope Bay store was rebuilt after a devastating fire in 1998; now it houses a couple of gift and interior shops, a gallery run by the island’s artist cooperative, and Hope Bay Café, the islands’ only on-the-water restaurant.

For all the changes, island residents seem remarkably at ease. “You get more traffic and pressure on the environment,” says fiber artist Monica Bennett of the impact of new growth on life on the islands. But, she adds, you also get more jobs ― and more business for the artists, chefs, and others making a living here. Case in point: Susan Taylor and Frank Ducote, whose bold seascape murals in Aurora Restaurant compete with sunset views through its big west-facing windows.

“Life here is about happiness, not making money,” Delacôte says. “I love the peace, the environment, the wildlife, the sea, my little house with the view, the very kind people, and zero crime.”

The islands are changing, confirms goldsmith Peter Binner with a little reluctance ― and not a little irony. He helped to resurrect the Hope Bay commercial complex, where his shop is situated, raising the islands’ profile among visitors. Despite all the changes, he says, the Pender Islands remain a gem.

“I still wouldn’t live anywhere else.”