Urban riverfront gets a needed facelift 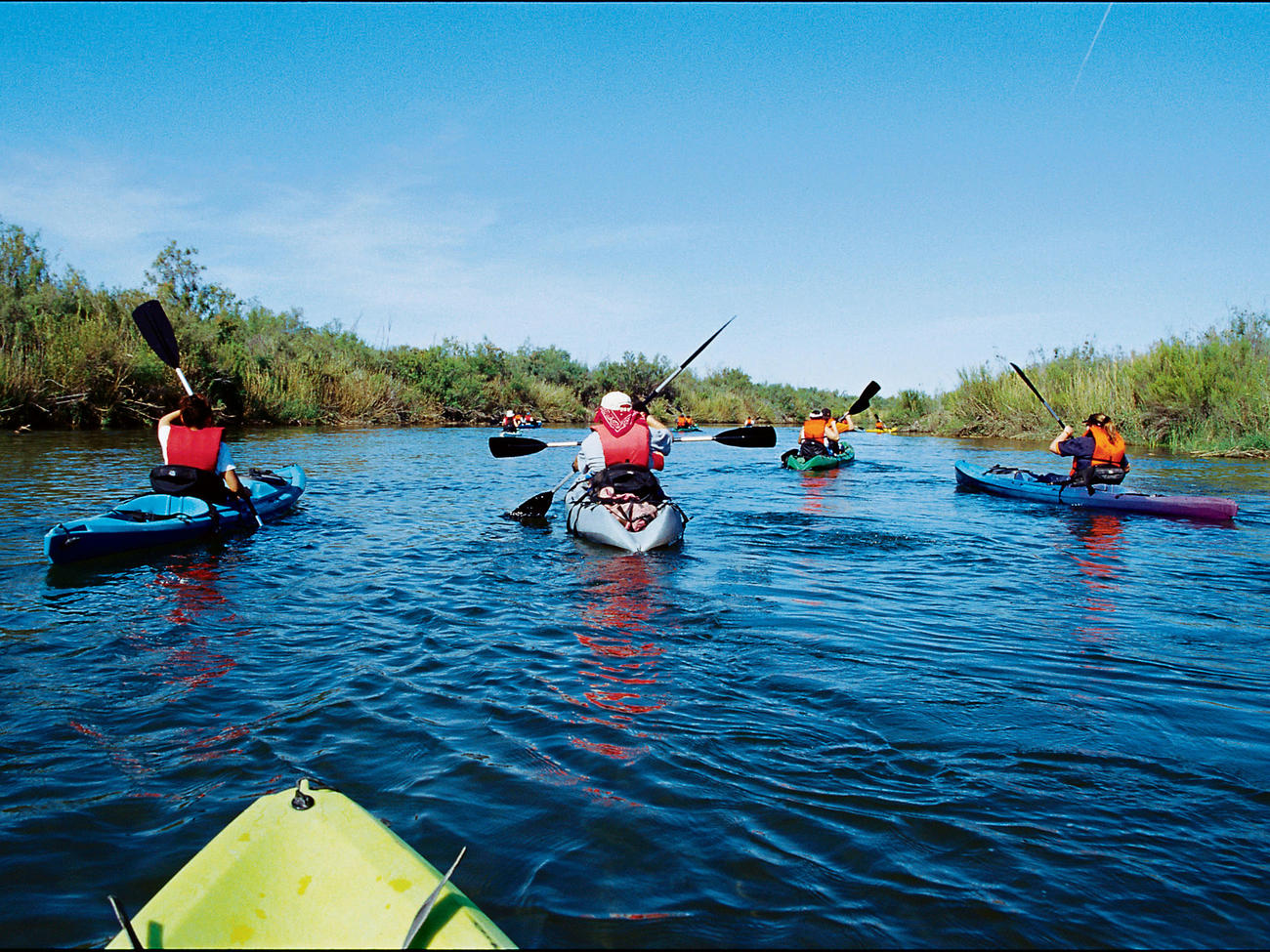 Our boats slip quietly down the Colorado River, beneath the shadows of Yuma, Arizona’s old Ocean-to-Ocean Highway Bridge, its name spelled out in lightbulbs along the girders. We pass a lone white egret parading through the reedy banks, as well as pedestrians, picnickers, and wading kids waving wildly from the water’s edge.

Such a peaceful urban paddle wasn’t possible here a few years ago, when downtown Yuma was overlooked in favor of suburban development and a big chunk of the riverfront was used as the city dump. In 2000, though, Congress designated 22 square miles a National Heritage Area, and this stretch of the Colorado has since been transformed.

To celebrate the riverfront’s revamped look, we’ve signed up for a guided canoe trip organized by Yuma’s Department of Parks and Recreation.

The 4- to 5-mile expeditions begin at the confluence of the Colorado and Gila Rivers east of downtown, then wind past beaches and bird-watchers. They end at the boat ramp in the newly created West Wetlands Park, where mile-wide mounds of trash have been replaced with willows, walking paths, and ospreys. Steps away is Yuma Crossing State Historic Park, a 19th-century military quartermaster depot where paddle-wheel steamboats docked. A trail leads to a beach perfect for picnicking.

As we glide into West Wetlands Park, our 2½-hour trip at its end, we consider heading a few miles north to Martinez Lake, an inlet on the Colorado River, to explore―by jet boat―the petroglyph sites of the Imperial Wildlife Refuge.

Waterlogged, we opt instead for margaritas, which are flowing at Chretin’s Mexican Foods downtown―and raise our salted glasses to a great day on the river.