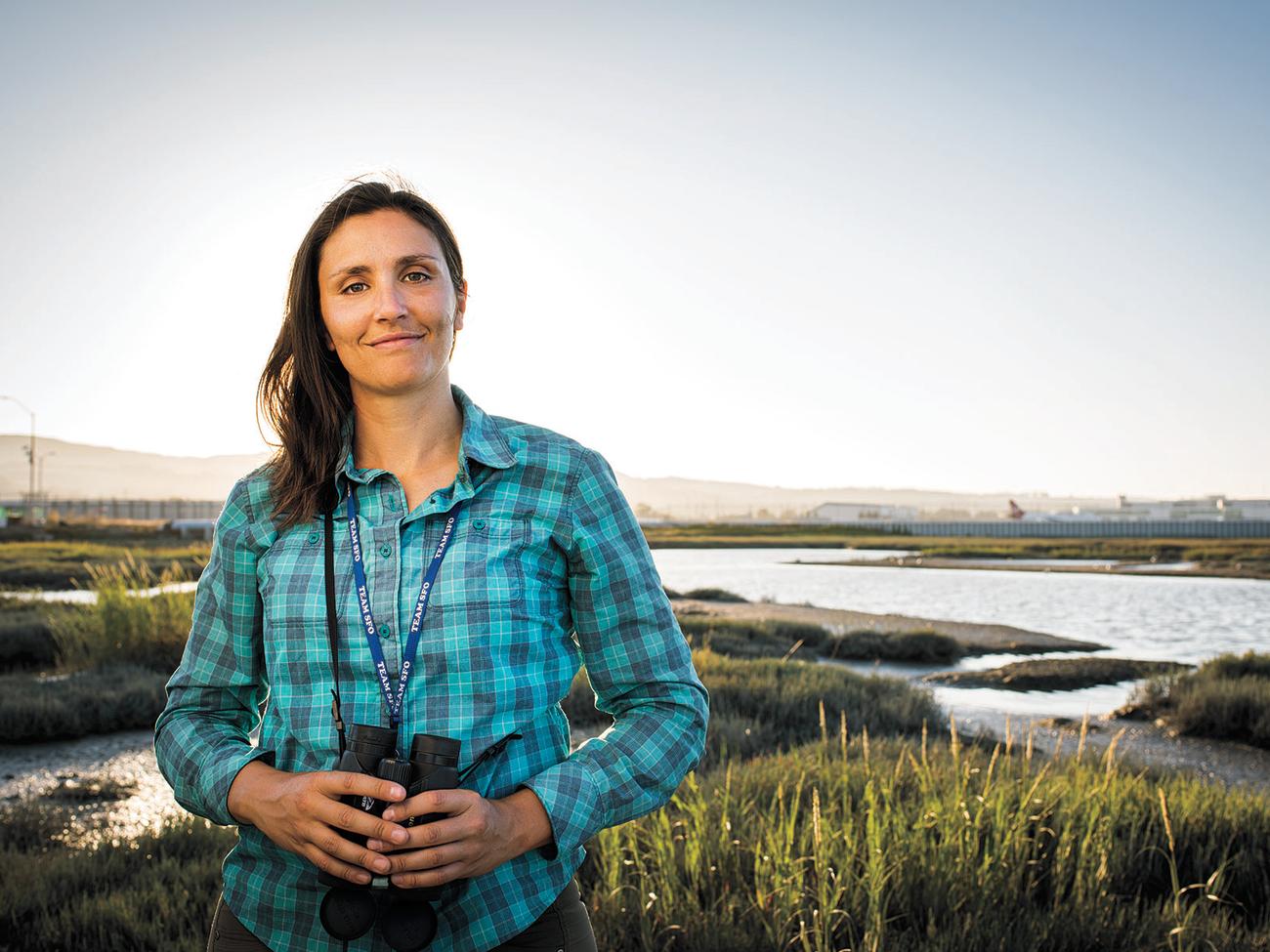 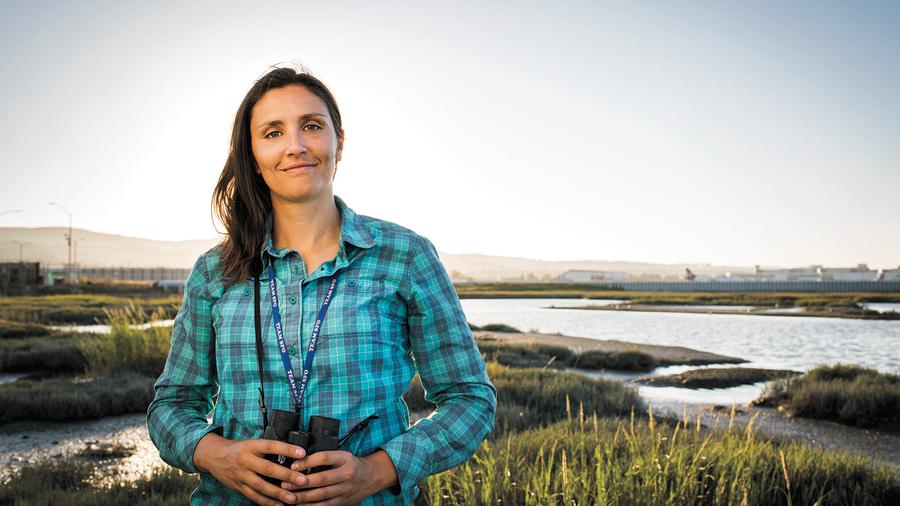 Geese and sea lions and snakes—oh my! Natalie Reeder has seen it all…on the runway. As SFO‘s in-house wildlife biologist, Reeder identifies escaped animals on the taxiway, keeps birds far from planes, and works to protect such threatened species as the San Francisco garter snake and the California red-legged frog.

For our November issue, we sat down with her to talk about the wildlife of SFO, the unexpected perks of working with TSA dogs, and, yes, snakes on a plane.

What drew you to SFO?I fell in love with the area—it’s a unique, strange place, where no one would expect rare or interesting animals. It’s in the middle of freeways and trains, but there are foxes, weasels, deer, and falcons here.

What’s your typical day like?I’m running around quite a bit. I do bird surveys; I go to 17 locations three times each month, and I’ll count the species I see. I also manage a property across U.S. 101, to enhance the habitat for the frogs and snakes. I jokingly say that my job is to make more wildlife on the west side of 101 and less wildlife on the east side.

Canada geese have invaded the Bay Area—what about here?The geese try to build their nests around the airport, but the TSA handlers often let the dogs run and play outside. If the geese sense that the dogs have been there, they’ll stay away. We’re lucky … we only have to worry about birds. I was at a conference, and a biologist from Brazil said that they’ve had problems with an anaconda on the runway! In Alaska, you can have moose wander onto the airfield.

The animal you’ve been most surprised to see around SFO?When I’m doing bird surveys, I’m out near the end of the runway, by the bay. Sometimes I’ll see leopard sharks swim right up to the seawall. Not long ago, I encountered a yellow-bellied marmot. It’s a mountain species—it shouldn’t be here. It got hit on the road, and someone called me. I figured they had misidentified it. But I looked at it, and it was definitely a marmot.

Do you get called if there’s a stowaway animal on a plane?Only if it’s escaped. If it’s found in someone’s luggage, TSA will handle it. But I’ve heard of strange things found around the runways: turtles, snakes, a sea lion.

So there have been snakes on a plane?Well, if you think about it, you can go on the Internet and order snakes, right? How do you think they get to you? The thing is, you have to remember that they’re more afraid of us than we are of them.

Any last thoughts for holiday travelers?It’s interesting for people to consider that wildlife exists around airports, to think that, even in the concrete jungle, there are still animals living there. That, and people shouldn’t worry about birds hitting their plane. It really doesn’t happen that often.