For our January story Here We Are Now, we sent Portland photographer John W. Clark to Aberdeen, Washington, to shoot the town where Kurt ... 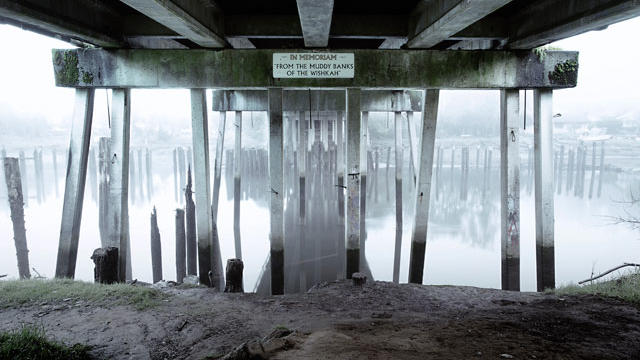 For our January story Here We Are Now, we sent Portland photographer John W. Clark to Aberdeen, Washington, to shoot the town where Kurt Cobain grew up. The story focuses on Aberdeen, a downbeat logging community an hour West of Olympia, and how it’s embracing Cobain and his legacy, some 20 years after the musician took his own life. A series of memorials have popped up around town, attracting a small but steady stream of Nirvana fans from all over the world. Said the town’s mayor in a press conference last year: “We hope that Aberdeen will be just as big as Graceland.”

Illustrating the piece, we knew, would be a challenge. Aberdeen isn’t the kind of sun-dappled suburb that screams Put me in a magazine! We asked John to photograph the memorials—a statue, a mural, a muddy pocket pock—but also to go deeper. To capture the mood and tone of the landscape that inspired the music. What he came back with was a hauntingly beautiful portrait. Raw and brooding and, like the best of Cobain’s music, deeply personal. Here are some shots that are too good not to share, along with the photographer’s commentary. —Nino Padova 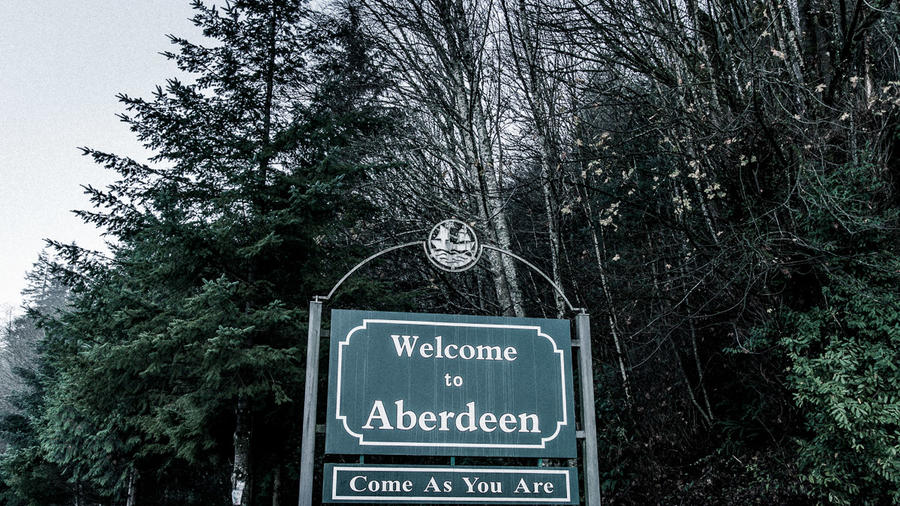 Welcome to Aberdeen
“The sign’s right there when you come into town, on State 12. There’s no missing it.” 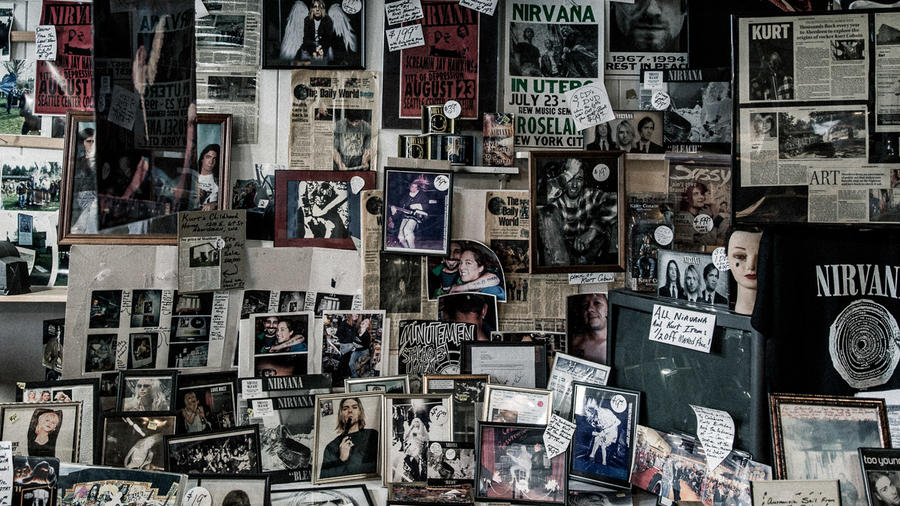 Sucher and Sons Star Wars Shop E. Wishkah St.
“This local owns it, a real friendly guy. It’s mostly Star Wars memorabilia, but then he has a bunch of cool Nirvana stuff, including Xeroxed maps of all the Kurt memorials in town…. 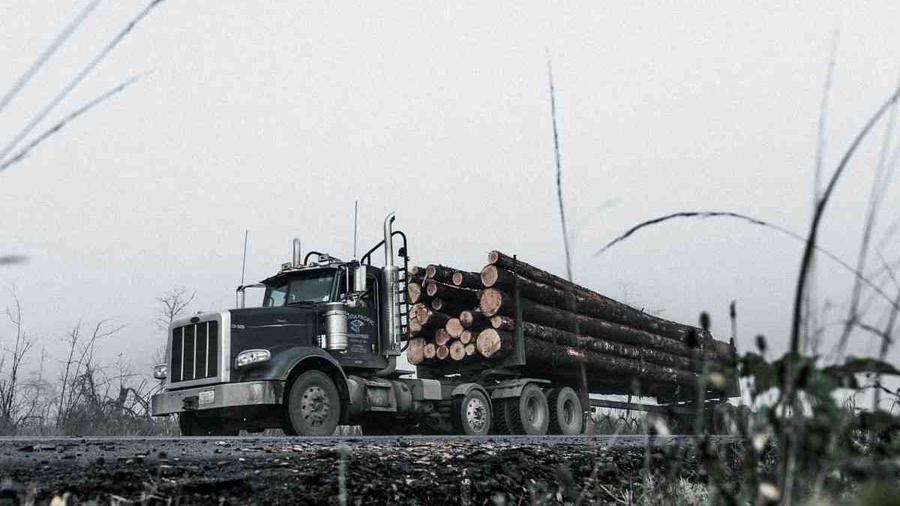 Logging History
“They say Aberdeen was once the logging capital of the world, and there’s still some logging going on there. You can see the lumber being hauled in and out.” 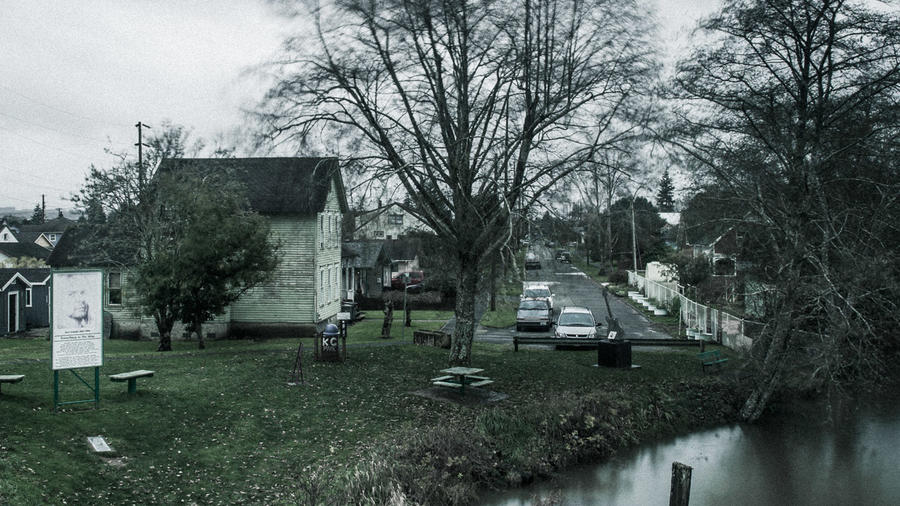 Kurt Cobain Landing, Young Street Bridge
“The place is very raw, and that’s what I like about it. There’s a little plaque and a statue, but otherwise, they haven’t candy coated it. There aren’t any fences or tour guides running … 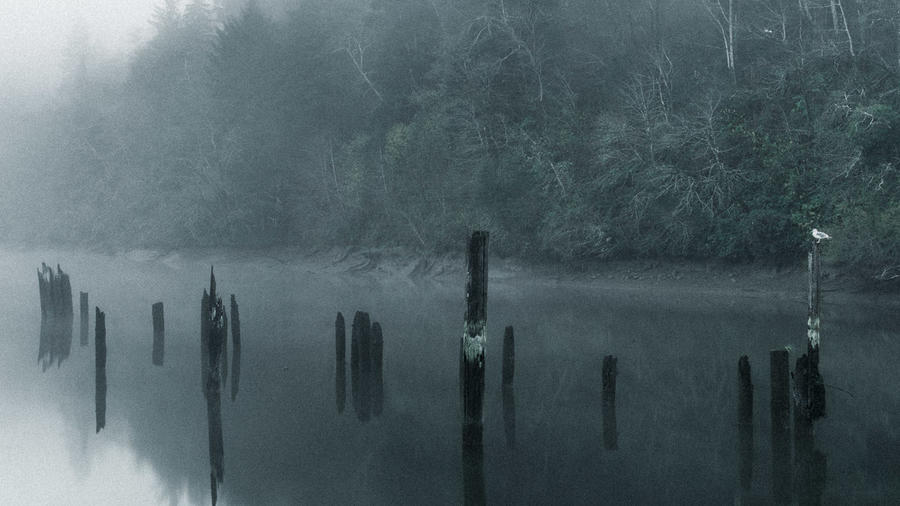 The Wishkah River
” The fog makes the shot. It’s just a little downstream from the Young Street Bridge. I trespassed onto a private dock to shoot. A guy came out and said he didn’t want me falling and suing him. I assured him I… 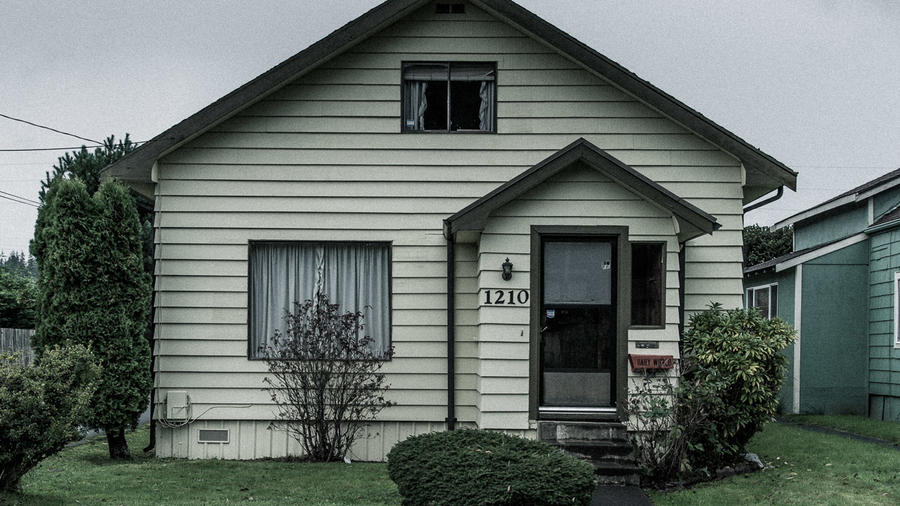 Cobain’s childhood home
“I shot the house several times, in different light and weather conditions. I like this shot best. There’s something about the way the drapes fall in the window that seems so somber. It’s just a house. An… 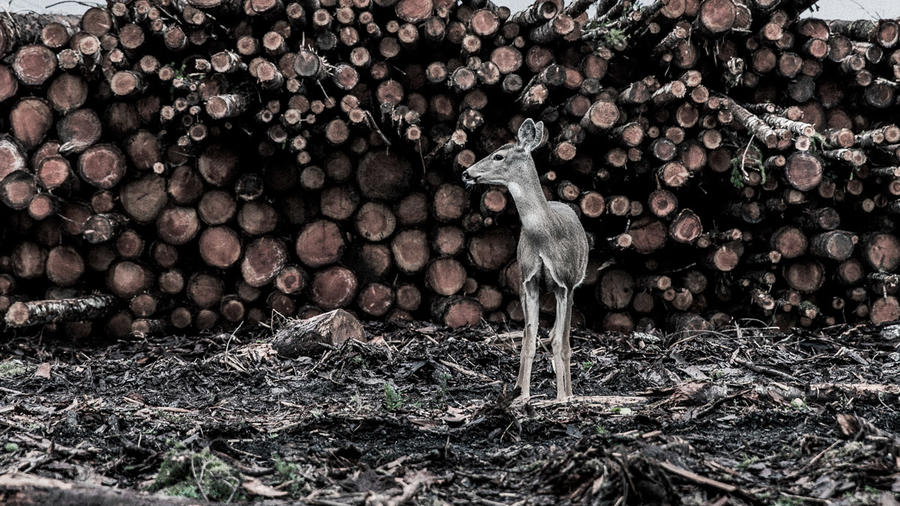 Lumber Yard
“I kind of wandered into this lumber yard and started shooting when I saw the deer. It was the perfect metaphor for Kurt, who seemed to be this incredibly fragile guy caught in the middle of a very unfragile environm…

Listen to author Bill Donahue read his piece in our January issue, Here We Are Now.