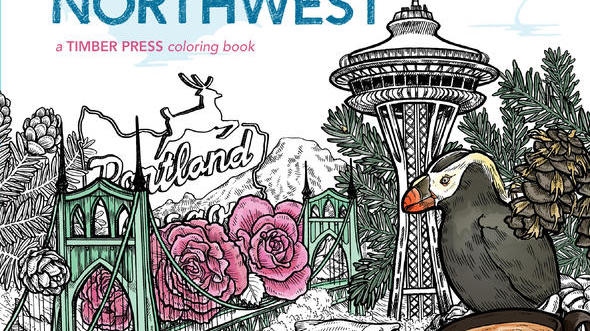 Dust off those colored pencils: We’re giving away another exciting book for you to fill in! From wildlife to iconic cities in the Northwest, Timber Press brings you another hit. Let your inner creative coloring kid fly.

4. PRIZES AND APPROXIMATE RETAIL VALUE: One Winner will receive “Color the Pacific Northwest,” an adult coloring book. Approximate Retail Value: $10. All other expenses not specified herein are the responsibility of the Winner. ALL TAXES ARE THE SOLE RESPONSIBILITY OF THE WINNER. The prize is awarded without warranty, express or implied, of any kind. Limit one prize per person or household.