Flight Attendants Reveal Some of Their Most Bizarre In-Air Stories

The bad, the worse, and the absolutely horrible 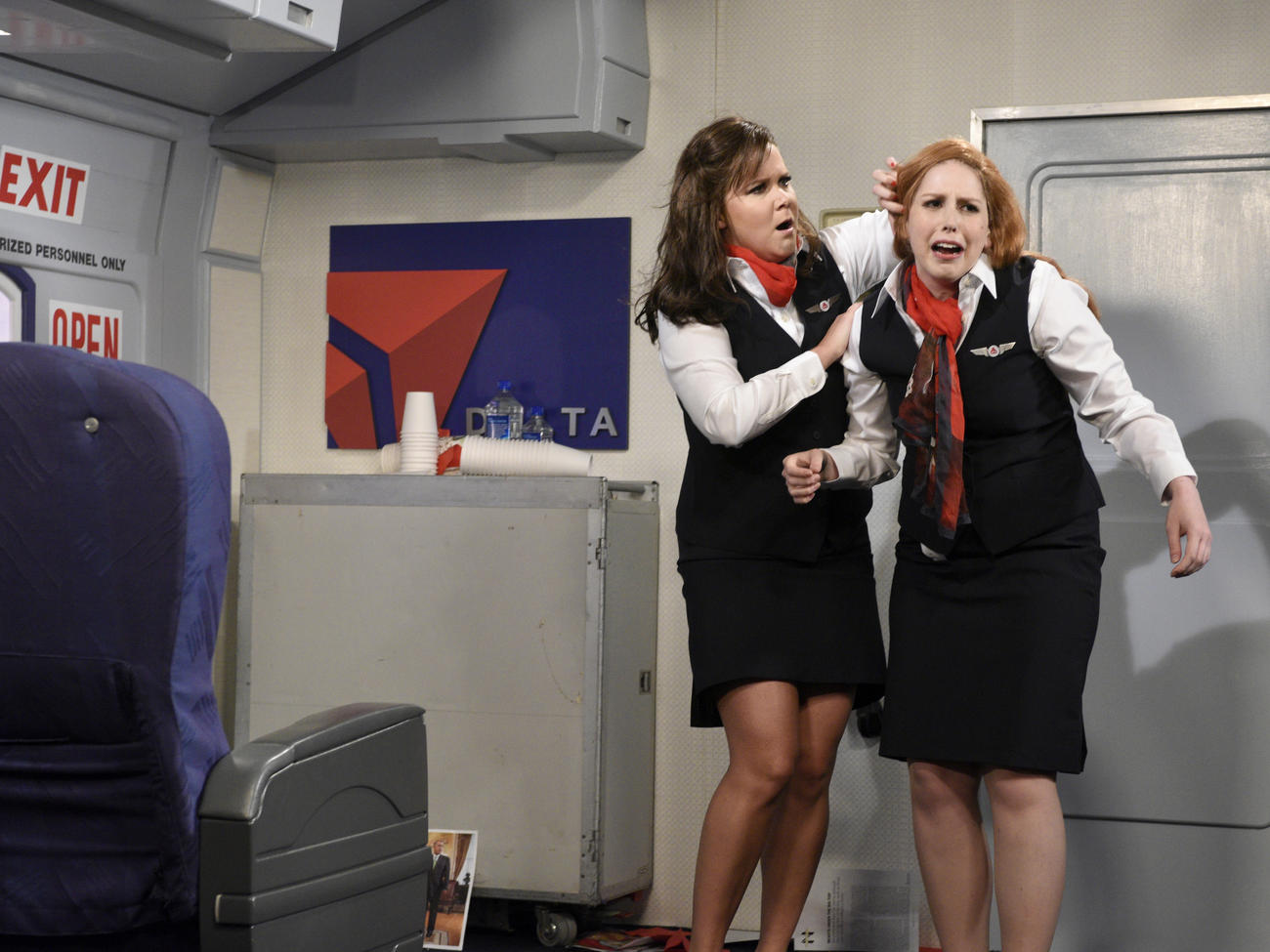 Flight attendants are used to dealing with all sorts of things in the air: obnoxious passengers, turbulent weather and crying babies. But then there are those days where they have to deal with scenarios that are bit more, well, odd.

Several cabin crew took to Reddit to tell some of their favorite stories, fromcelebrity run-ins to running into birds.

While the stories are not verifiable, it seems that anything is possible in the skies.

“Highlights of my career included Sarah Palin freaking out when we got hit by lightning,” wrote user _transatlantique. “She was screaming and carrying on and I was just like chill lady, we aren’t going to crash.”

While that scenario ended without incident, not all flight crew who shared stories were so lucky.

“I worked for a private charter airline for a year and half and lots of things happen, but one of the more memorable was when a bird struck on takeoff,” wrote AlamosX. “The plane was covered in guts and feathers when it came down and you could smell the burning feathers, the engine was even shut down as a precaution.”

And while a dead bird sounds bad, it doesn’t compare to a dead person.

That’s what user Primus852 said his wife had to deal with while working for a German airline: “The old lady passed away mid flight,” he wrote. “If someone dies, they are to put them in the restroom, but the purser decided it was humiliating. So my wife being one of the stronger flight attendants and him being the only male, they had to drag/carry the old lady through the plane to the crew rest, where they have beds to sleep in during their breaks. Dead people are really heavy and none of the other passengers dared to help.”

User KS1867 said their mom had to deal with a not so pleasant scenario as well. “She was once on a flight where a man got so drunk that he decided to piss on the two people sitting next to him,” they wrote. “One being an underage girl and the other being a dwarf.” (We’re not sure if that’s a real story, or an alternate ending to The Aristocrats.)

There was also a story shared by Ishitonpigs, in which a romantic moment quickly went south.

“There was a bathroom and some couple decided they wanted to join the Mile High Club,” the user wrote. “The man went in and the lady was to walk in later on. The man is fully naked and he’s locked the door until the wife knocks on the door quietly. The wife must have been scared or whatever because she didn’t get up. Another man saw the guy walk in earlier and went over to see if he was okay. He knocks, the door unlocks. He quickly hurries in since he thinks that the guy needs help and doesn’t want to be embarrassed.” And he ended up getting stuck in the doorway.

Flight Attendants Reveal Some of Their Most Bizarre In-Air Stories