Road-trip eats for vegetarian, vegan, and gluten-free folks are few and far between. Unless you bring along your own hummus and carrots, ... 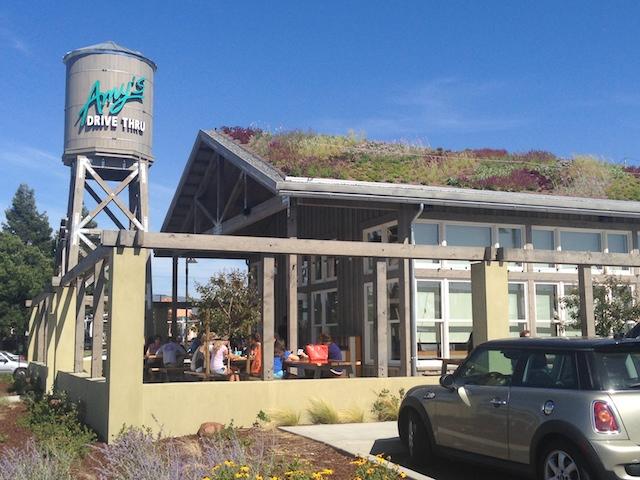 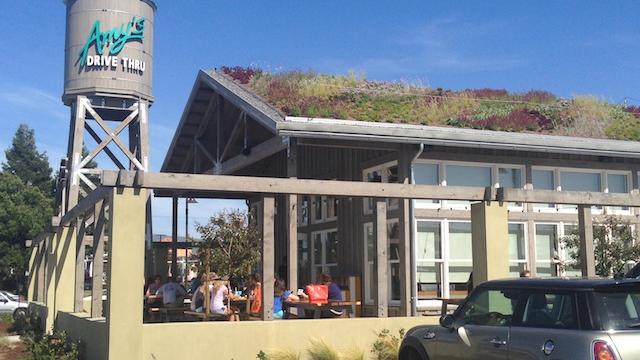 Road-trip eats for vegetarian, vegan, and gluten-free folks are few and far between. Unless you bring along your own hummus and carrots, you’re going to be hangry (hungry + angry). I know, I’ve been there. Last weekend, I met the veggie solution to fast food: Amy’s Drive Thru. Yes, from that Amy’s Kitchen, the frozen meal I’m about to microwave. 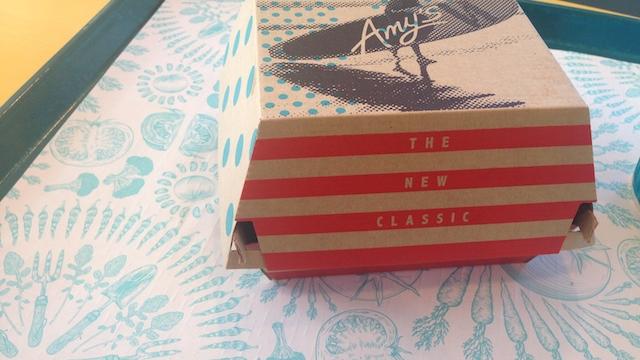 Amy’s Kitchen has brought Sonoma County its take on quick cuisine, opening Amy’s Drive Thru July 20 in Rohnert Park. I was expecting the fast-casual style of Chipotle, but Amy’s resembled a true fast food joint. You order at the counter or from a car window. The meals are standardized and prepared in an efficient kitchen like any McDonald’s (okay, their uniforms with handkerchief head ties are much cuter). And there are all kinds of people: carnivores and herbivores alike. 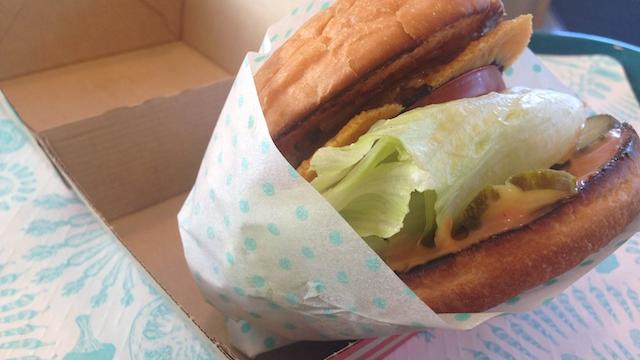 I ordered “The Amy,” a double veggie patty with secret sauce. My basil-obsessed boyfriend got a Margherita Pizza. I’ve had the frozen version of this pizza from the grocery store, and it looked very similar. They also offer burritos, mac ‘n’ cheese, salads, fries, and chili. Everything on the menu can be made vegan or gluten-free. Feeling thirsty? Amy’s serves its own natural sodas in Cola, Lemon-Lime, and Lo-Cal Cola flavors. I preferred the lemonade. You can also get dairy or vegan shakes.

Next time you’re on the way to Sonoma (or Russian River Brewing, as I was), give veggie fast food a try. Or as Amy’s calls it, “The New Classic.”