Eating Farm to Fork in Sacramento

You have to admire Sacramento. After decades of being in San Francisco’s food shadow, a couple of years ago the city declared itself ... 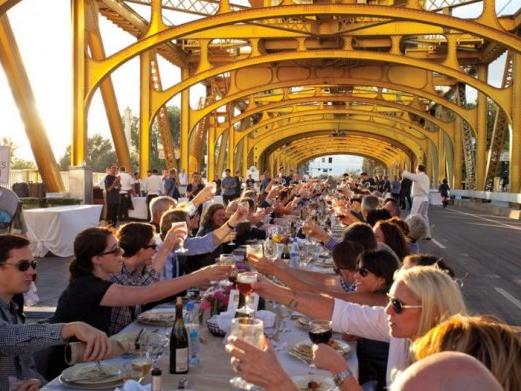 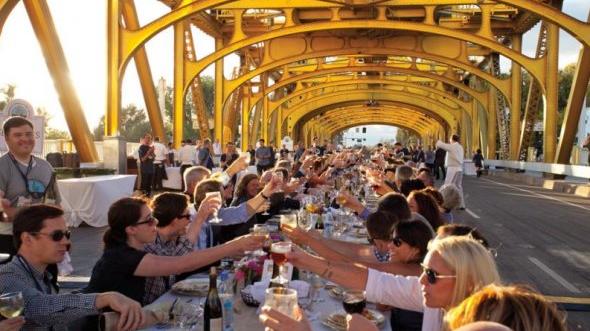 You have to admire Sacramento. After decades of being in San Francisco’s food shadow, a couple of years ago the city declared itself America’s Farm to Fork Capital. And why not? It’s the capital of the biggest food-producing state in the nation, it’s surrounded by farms that grow year-round, and it has the largest certified farmers’ market in California. The Farm-to-Fork campaign includes a showstopper annual dinner for 600 on the city’s Tower Bridge, a cattle drive on the Capitol Mall, and now Foodstock, a music event with a pig roast. 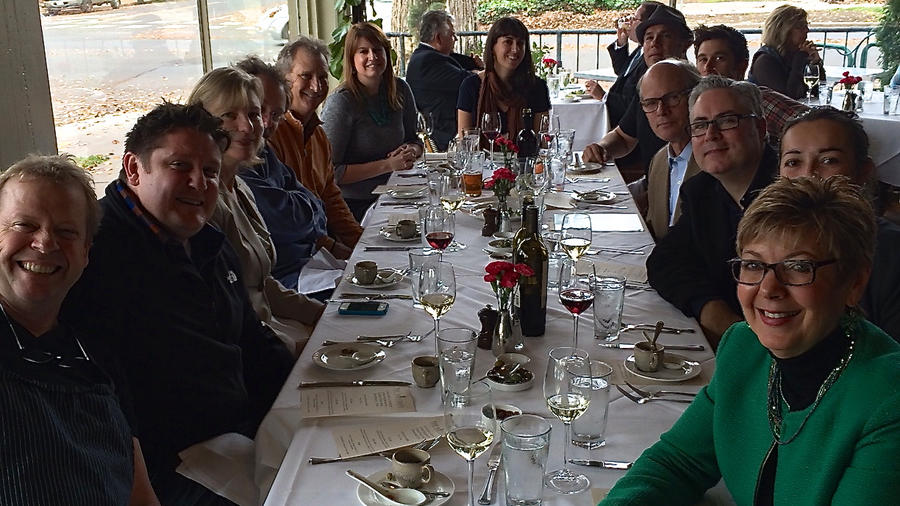 Last week, at a lunch with several Farm-to-Fork chefs at the city’s excellent Waterboy restaurant, I had a taste of just how good Sacramento food has become, and why. We’d­ been invited there by Craig McMurray of Capital Public Radio, a major station and also an emerging force in the sustainable food movement, with its own large edible garden. 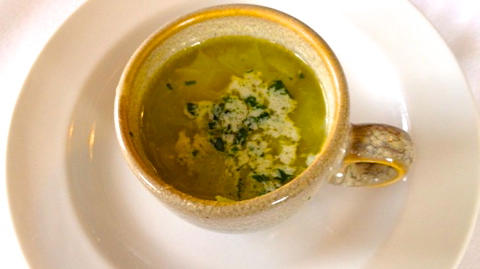 Over potato-leek soup, Patrick Mulvaney, the chef and owner of Mulvaney’s, told me how Sacramento chefs think about food these days. “We no longer talk about organic. We talk about sustainability.” For farmers as well as chefs, that means the health of the soil and of farm workers, how to fix massive food waste, and how to give everyone—regardless of income level—access to fresh, healthy food. Although politics pervades this town, Mulvaney said it’s not a factor here when it comes to food: “We are neither red nor blue, but green.” 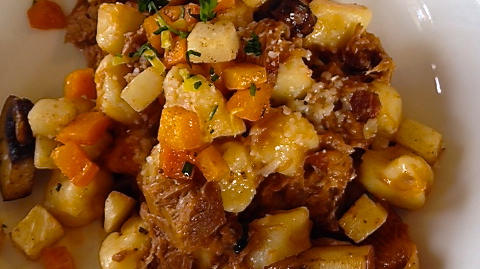 Then the gnocchi arrived—light little nubbins with silky butternut squash, mushrooms, and pork shoulder from Llano Seco Farms. As we were devouring it, Craig asked each chef to describe what defined Sacramento’s farm-to-table scene. Here’s what was said around the table:

Rick Mahan, Waterboy’s chef and owner, declared, “It’s never been easier to provide good food to people. Eighteen years ago, it was impossible to find anything locally. And in another ten years, it’ll be even better.”

“What I’m seeing is a burgeoning in people’s awareness,” said Randall Selland of Selland’s restaurant. “They can tell the difference between an unripe tomato and a ripe heirloom green tomato now, and that wasn’t always the case. And food isn’t elitist here. Everyone’s involved.”

Ed Roehr, the chef and owner of Magpie restaurant and Yellowbill Bakery, agreed with him. “At Magpie, we’re trying to make food that people eat and embrace every day. It has an edge, too, and it’s more blue collar.”

“And I appreciate the way chefs are educating their workforce here,” said Brenda Ruiz, a line cook at Biba restaurant. “We’re learning from you guys, learning how to take it forward.”

James Ablett, the chef at Taste restaurant in Plymouth, on the outskirts of Sacramento, thanked all the other chefs at the table for laying the groundwork for good food before he’d opened his place a handful of years ago. Now he has his pick of ingredients and eager, well-educated, curious customers. “I’m a fat kid in a candy store!”

As if to prove his point, dessert arrived— a fabulous almond cake dolloped with cream and sugared cranberries. 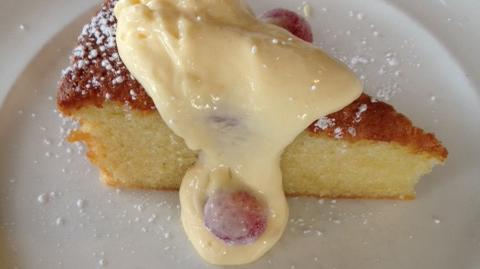 Dessert at Waterboy: almond cake with cream and sugared cranberries.

It was a lunch of perfectly cooked, top-quality ingredients, with clear, bright flavors. And all of it was recognizable: nothing had been manipulated into abstraction. “We’re not trying to do ‘interesting’ food here in Sacramento,’ said Randall. “We’re trying to cook food that satisifies the soul, that brings you back.”

It’s Sacramento, so it was hard not to comment by quoting the Governator. But most definitely…I’ll be back.