I am, however, a bit of an armchair adrenaline junkie, and so was bummed to hear the news about extreme climber Dean Potter, who died over the weekend while BASE jumping in Yosemite National Park. 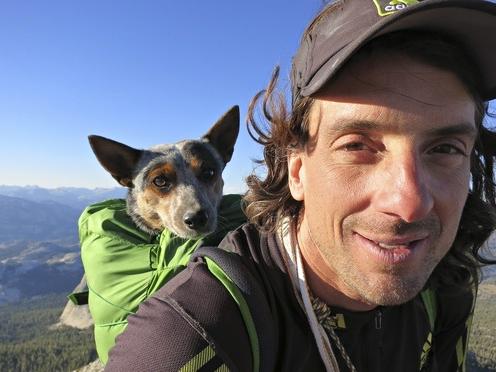 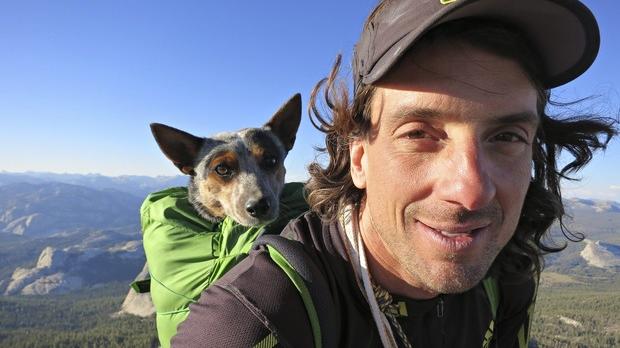 I’ve never jumped out of an airplane or high-lined across the Grand Canyon, and the way things are looking, I probably never will. I’ve reached that age where my relationship with my adrenal glands can best be described as chilly: We’re generally aware of each other’s existence, but unless a toddler gets trapped under a Prius or a mountain lion suddenly appears in my kitchen, we basically keep to ourselves.

I am, however, a bit of an armchair adrenaline junkie, and so was bummed to hear the news about extreme climber Dean Potter, who died over the weekend while BASE jumping in Yosemite National Park. Potter was a fixture in the valley for the last 20 years, famous for being the first person to free-climb both El Capitan and Half Dome in one day. The 3,000-foot-high overhang from which he took his final leap looks directly out at those two iconic slabs of rock. He was 43.

A few years back, I got turned on to the mythos of Dean Potter. I started reading his interviews and watching his videos. He spoke openly about pushing the limits and the dangers of going too far. Here he is in 2009 talking to Alpinist magazine:

“My life shaped itself around the understanding that falling means I die. To break this paradigm meant I had to empty out my essence, rummaging for fundamentals I thought were lost forever.”

There’s something floaty, almost hallucinatory, in his words that my grounded, 40-minutes-of-Facebook-a-day self found intoxicating—and still does. The more I read about Potter, the clearer it became that this wasn’t some torqued-up daredevil with a death wish, but rather a very spiritual person with a much more human pursuit in mind. When asked by the New York Times in 2008 why he did what he did, Potter said, “Adrenaline makes me feel real calm. And then I break through to the focused heightened awareness that attracts me to all these things.”

I don’t know what it means to ascend a 300-story cliff with my dog, strap on a wingsuit, and fly. I’ve never walked barefoot over a 2-inch rope stretched thousands of feet above the ground with no protective gear. But I have watched Dean Potter do those things, and all I can say is that it was beautiful, and that it made me feel alive.