Sweeping adventure, VIP access, romance on the high seas: The best reasons to not miss the boat 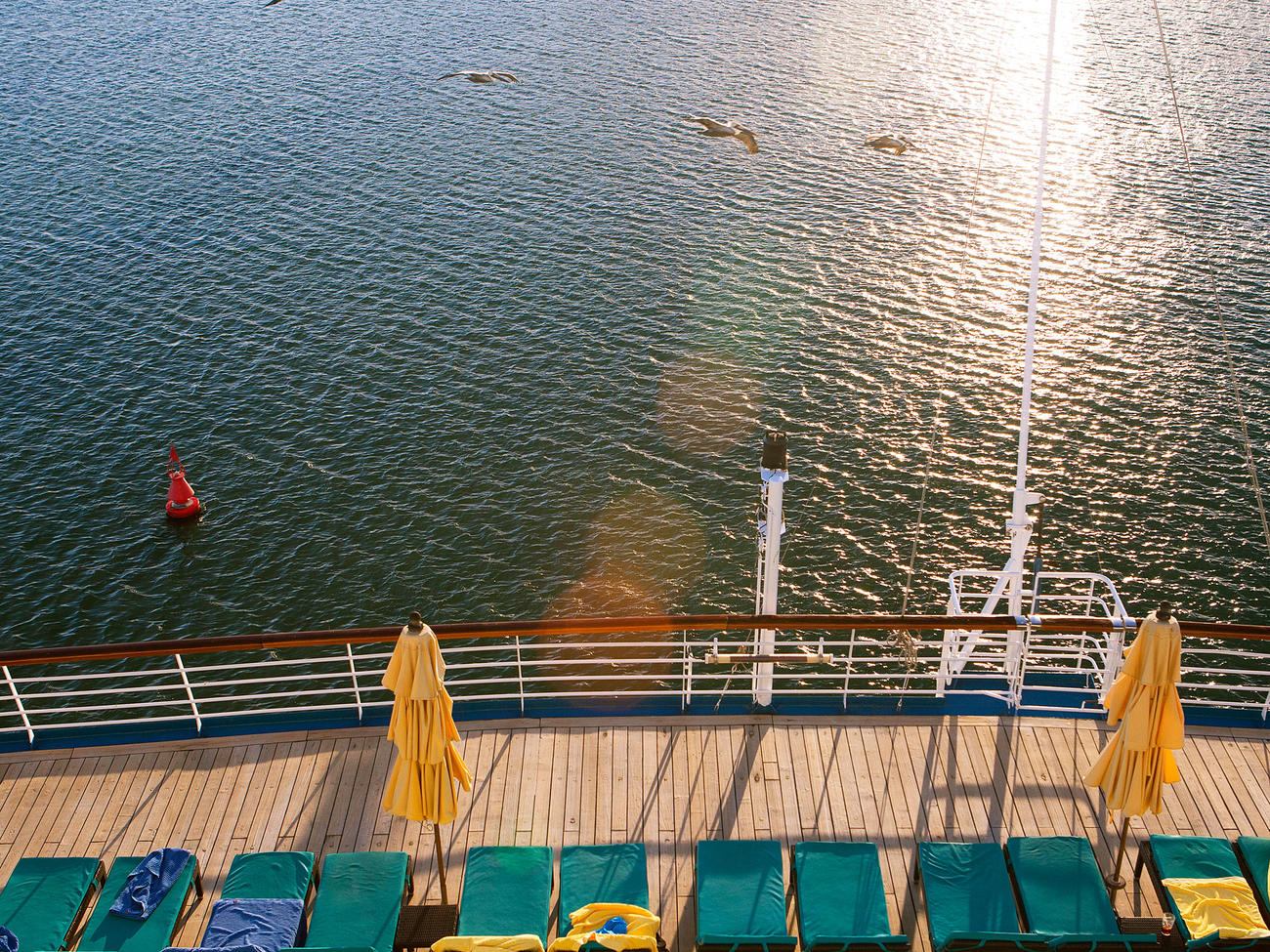 1. It’s the easiest way to get to Cuba. Tourist visas aren’t readily available, but don’t let that stop you from visiting this fascinating country. Haimark Line’s MS Saint Laurent, with 24-hour room service and free-flowing wine, is the first vessel to disembark from an American city (Miami) and make port in Old Havana—after which it circumnavigates the Caribbean island, collecting stories from santerias, trovaderos, and cigar rollers. From $4,599/person/10 days; haimarkline.com.

2. It’s the only way to explore the so-called “new Alaska” (which isn’t actually in Alaska). From 1848 to 1849, nearly 800 East Coast ships rounded Cape Horn to reach Gold Rush territory. Others opted for the calmer Strait of Magellan, lingering in the penguin-populated waters of Chile’s Punta Arenas. You can do both while sailing on Princess’ Crown Princess from Los Angeles to Miami (combine two cruises to fully re-create the 1849 route). Darwin’s famed archipelago is jutted with glaciers and backed by the snowcapped Andes—all visible from your balcony. From $1,399/person/17 days from Los Angeles to Santiago; from $1,699/person/14 days from Santiago to Buenos Aires; princess.com.

3. It’s the antidote to sullen-teenager syndrome. Carnival cruise line knows the secret to a successful family vacation: getting adults to act like children, rather than the other way around. The latest in its fleet, Carnival Vista, tempts all ages with myriad attractions scattered along the 1,055-foot ship. There’s the Imax (a cruising first), suspended cycling, a raft slide, a brewery, a New England–style seafood shack, and thalassotherapy. With all this to occupy your time, mopey attitudes are sure to be a thing of the past. And where does the ship sail? Does it even matter? From $409/person/6 days in the Caribbean; carnival.com.

4. It takes you to once-inaccessible parts of the Alaskan wilderness (this time, actually in Alaska). In a primarily liquid national park, it makes sense to have a boat as mode of transport. Un-Cruise Adventures’ Safari Explorer features a hydrophone to listen to whale sounds; an underwater camera that broadcasts onto cabins’ TVs; kayaks; and a hot tub. Several of its cruises also spend two nights in Glacier Bay, where you can witness the breathtaking calving of the Grand Pacific and Margerie glaciers. From $6,895/person/7 nights; un-cruise.com.

5. Beer for breakfast, beer for lunch, beer for dinner. It’s not officially called the Sudsboat, but if the shoe fits, Maple Leaf Adventures’ MV Swell should wear it. The 1912 tugboat makes its annual autumnal run throughout B.C.’s Gulf Islands with beer historian Greg Evans onboard—talking through every sip of the 50 craft beers, every spoonful of the cheddar and ale soup, and every forkful of the stout brownie. Thanks to a strong dollar, this year’s cruise will also cost Americans less. From $2,060 U.S.; Oct 27–31; mapleleafadventures.com.

6. It’s the most atmospheric way to arrive in Polynesia. Boarding a plane to the South Pacific is a cop-out. Instead, make like Captain Cook or Norwegian explorer Thor Heyerdahl. Crystal Cruises’ Symphony leaves from San Diego, crossing a (possibly storm-whipped) sea and then the equator to approach the Marquesas Islands. You’ll be at the peaks of Bora Bora in no time, having endured 13 days of full-service meals and plumped pillows. From $3,325/person; Nov 26–Dec 9; crystalcruises.com.

7. There’s no need to choose only one Hawaiian island. Best mai tais? Most festive luaus? You be the judge. Princess island-hops from the Big Island to Oahu to Maui to Kauai for waterfalls, hula, and leis. From $1,299/person/15 days; princesscruises.com.

8. Escape to the Canadian version of Winterfell. The watchmen of Haida Gwaii guard their islands not from the underworld, but from the world out there. The B.C. archipelago north of Vancouver claims a wilderness so pure, a culture so ancient, and a biodiversity so expansive that most people compare it to the Galápagos, only better. Since much of the south island is roadless, a boat is your best friend. Outer Shores Expeditions visits the bogs, rain forests, and fjords on a 70-foot schooner. From $4,040 U.S./8 days; outershores.ca.

9. It’s like hiking, but on the ocean. Searcher Natural History Tours’ 24-passenger MV Searcher plies Baja’s Sea of Cortez, an area famously called the “world’s aquarium” by Jacques Cousteau. Whales (humpback, blue, minke, and others) are certainly in abundance during the winter, as are seals and sea turtles. Between sightings are hiking adventures to lighthouses on Islas San Benito and to deserts and canyons on uninhabited Isla Santa Catalina. A highlight: taking a fiberglass panga from the mother ship to Laguna San Ignacio for an up-close with a female gray. From $4,650/person/12 days; bajawhale.com.

10. Unparalleled access (not to mention killer wines). Let’s face it: Sometimes it pays to be a VIP. Such is the case on Oceania Cruises’ Riviera July 2016 cruise of the Mediterranean Sea and Dalmatian Coast of the Adriatic Sea, where Sunset wine editor Sara Schneider has secured exclusive invites to taste ethereal Old World wines and prized Mediterranean olive oils. In the evenings, as the 16-deck Oceania ship glides past ancient Roman ruins, Schneider will uncork bottles from around the globe. Other ports of call include Kotor, Montenegro; Zadar, Croatia; and Venice. $5,099/person/8 nights; winecruisegroup.com/sunset-winecruise-2016.