A Volcanic Eruption in California Is Almost as Likely as a 6.7 Earthquake

If you live in a radius of California’s seven active volcanic areas, it’s best to be prepared 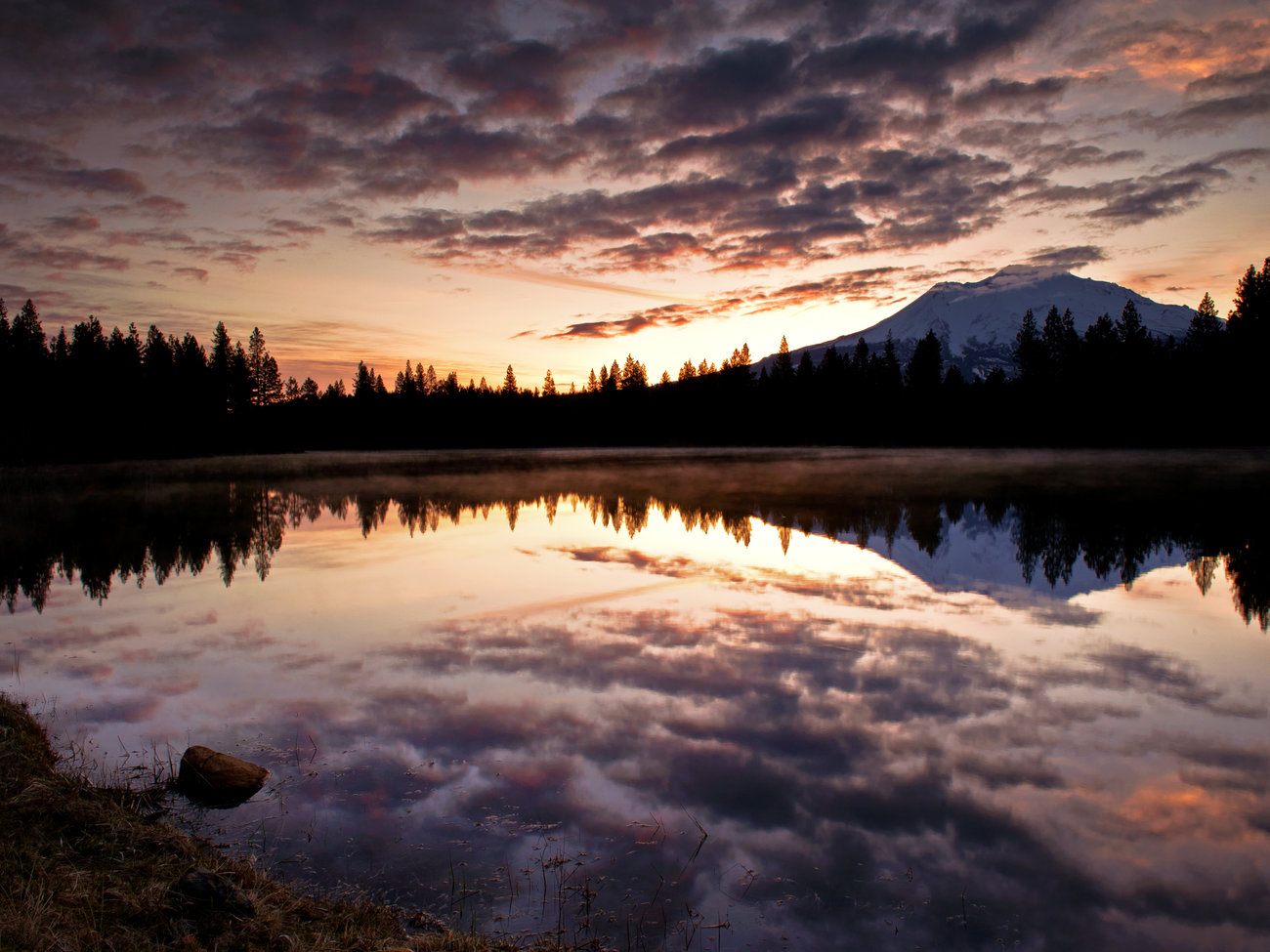 Following a season of flooding and rampant wildfires — not to mention the ever-looming threat of the next big quake — it’s easy to overlook the natural menaces lying in-wait across California. Volcanoes, that is, of which California is home to eight.

Volcanic eruptions, in fact, occur just about as frequently as large earthquakes, the report said. The probability of a small- to moderate-sized eruption in California over the next 30 years is about 16 percent, USGS estimates. A 2014 forecast estimated the probability of an earthquake of magnitude 6.7 or higher in the next three decades is about 22 percent.

BEFORE AND AFTER PHOTOS: Insane snow in Sierra

“At least ten eruptions have taken place in the past 1,000 years, and future volcanic eruptions are inevitable,” the report said.

The report ranked young volcanoes in California and Nevada by “threat,” a metric that looks at both the likelihood of a volcanic event, such as eruption, and the potential for loss of life and damage to property and resources.

The following volcanic areas have moderate to very high threat potential across California:

The area most threatened, by the USGS’s definition, is the Mount Shasta region, which contains upwards of 100,000 people who are living and traveling around the area.

Volcanic hazards include explosive eruptions, lava flows and airborne ash that can threaten air quality and affect water supply. Other risks include the loosening of debris from by rain or ice melting that can lead to powerful floods of mud, ash and lahars, a type of rock resembling “rivers of watery concrete,” according to USGS. The sludge can destroy roads and bridges and even carry away entire buildings.

“We don’t want [people] to get scared. We’re not talking doomsday scenarios,” Jessica Ball, a co-author of the report and geologist with the California Volcano Observatory, told KQED. “We just want [people] to know that these hazards could happen sometime in the future and that they might be called on to make decisions about their safety and their livelihood.”

Volcanic eruptions can be predicted, though not prevented, and all active volcanic sites in California are monitored by the USGS California Volcano Observatory in Menlo Park. The last major series of volcanic eruptions happened at the Lassen Volcanic Center over a three-year period beginning in 1914.