Swim, surf, sip a Monkey Flip. Here’s the best of summer on the Orange County coast 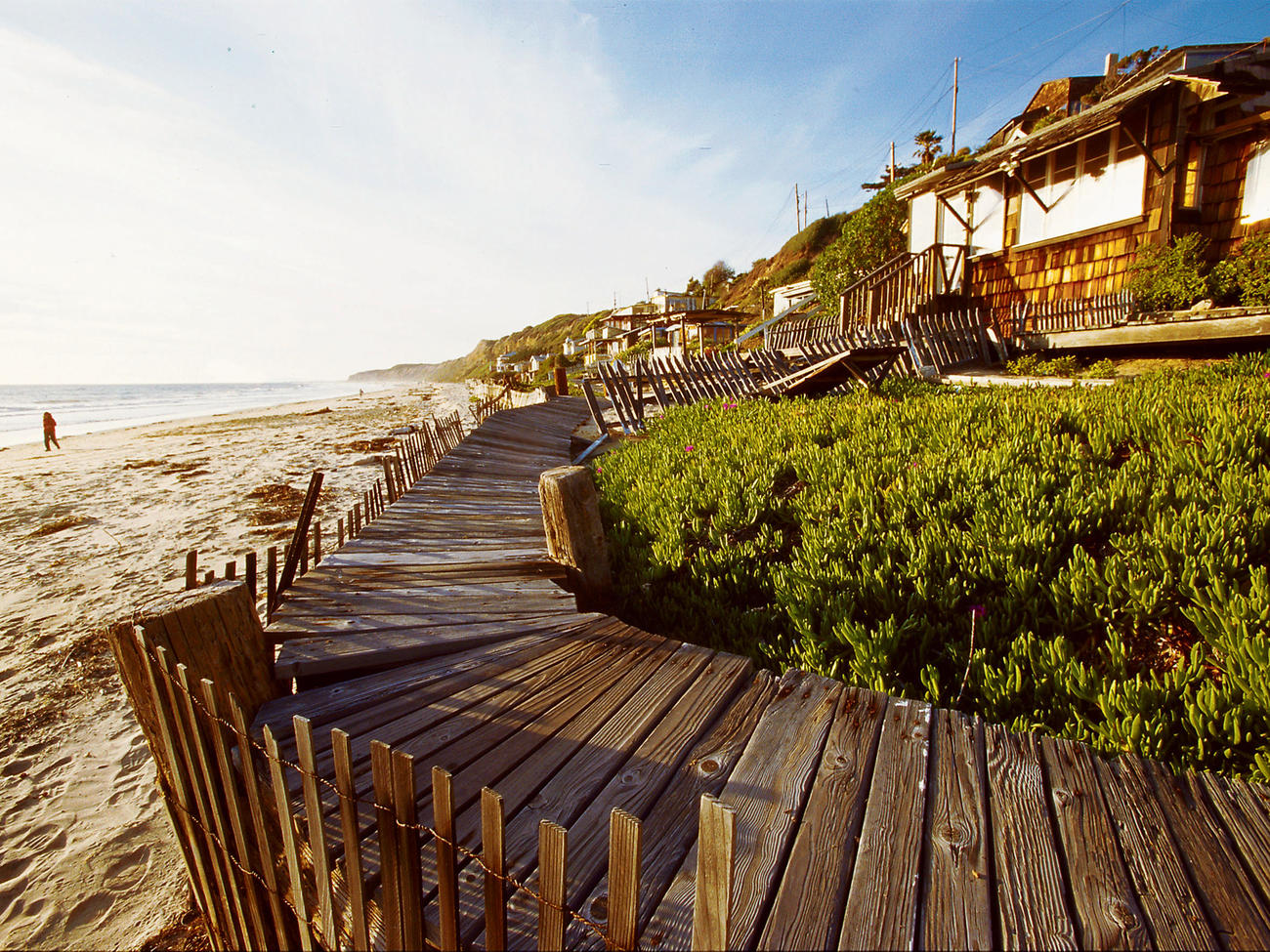 The coast on canvas

The opening song to the prime-time TV soap opera The O.C. dusts off the sentiments behind an old Al Jolson road trip anthem: “On the stereo / Listen as we go / Nothing’s gonna stop me now / California here we come / Right back where we started from.”

Watch the show, and you’d think that Southern California’s Orange County is a place where a new BMW, stylish clothes, and a surfboard (whether you know how to use it or not) are make-or-break necessities.

Perhaps. Our list of the 20 absolute best summertime experiences north to south along the Orange County coast certainly includes a taste of the area’s high-end resorts and restaurants. But there’s more: secluded beaches, kid-friendly tidepools, even some fine art. And even a grommet (an inexperienced surfer) on a budget can experience what one fairly erudite California historian called “the last American paradise.” And that’s the real O.C.

Best of the O.C. coast

1 Seal Beach. With its tree-lined Main Street, ice cream parlors, and curio shops, Seal Beach may be the last bastion of classic Southern California beach towns. The 1,865-foot old-fashioned pier, once the longest on the West Coast, is perfect for strolling or fishing. The Seal Beach Historical Society’s Red Car Museum (12–3 second and fourth Sat of each month; free; corner of Main St. and Electric Ave., Seal Beach; 562/683-1874) is housed in a 1925 tower car used to maintain overhead electrical wires for Pacific Electric Railway passenger cars that ran between Newport Beach and Los Angeles from the early 1900s to 1950.

2 Walt’s Wharf. Stroll out to the end of the Seal Beach pier while waiting for your table at Walt’s Wharf, known for its oak-grilled artichokes, extensive selection of seafood, and sassy waitresses. $$$. 201 Main, Seal Beach; 562/598-4433.

4 Family-friendly resort. At the Hyatt Regency Huntington Beach Resort & Spa, a pedestrian bridge over Pacific Coast Highway makes it easy for kids to get from the hotel to the beach; better yet, the resort store sells firewood, for fire rings on the sand, and fixings for s’mores. For grown-ups, the Red Chair Lounge offers bottles of champagne at half-price every night from 4:30 to 7 p.m. Where else on the beach can you get a bottle of Veuve Clicquot for $38? 517 rooms from $215. 21500 Pacific Coast Hwy., Huntington Beach; 714/698-1234.

8 The Crab Cooker. Even SpongeBob Square-Pants would abandon the Krusty Krab for the Crab Cooker. The line outside testifies to the quality of the Crab Cooker’s wood-grilled seafood, served on paper plates, and its popular prices―the best deal on the coast. $$. 2200 Newport Blvd., Newport Beach; 949/673-0100.

11 Bodysurfing. A fabled experts-only spot at the end of the Balboa Peninsula, the Wedge, has the best bodysurfing break in Southern California―maybe the world. Accessible from the south end of Balboa Blvd., Balboa; call 949/673-3371 for a surf report.

12 Kids beach. Picnic tables, firepits, showers, and lots of lifeguards make the generally calm waters of Corona del Mar State Beach, east of the entrance to Newport Harbor, a popular hangout for the under-12 set and their moms and dads. Accessible from Inspiration Point at the end of Orchid Ave. and from Jasmine St. at Lookout Point, or park (from $10 per vehicle) in lot on Marguerite Ave. at Ocean Blvd., Corona del Mar; 949/644-3151.

15 Serene beach. You have to take an underground tunnel beneath Coast Highway and then hike down a small hill past a ghostly enclave of abandoned cottages (preserved but not yet renovated), but the flat expanse of sand at Crystal Cove State Historic District beach is usually populated with more seabirds than people. Along E. Coast Hwy., about 4 miles south of Newport Beach; 949/494-3539.

16 Art town. Galleries, a thriving restaurant scene, and the best people-watching beach in the county―Laguna Beach has it all. The Cottage Restaurant ($$$; 308 N. Coast Hwy.; 949/494-3023) serves up hearty California cuisine, and Main Beach (free; Broadway at N. Coast Hwy.) attracts basketball and beach-volleyball enthusiasts as well as gawkers of all ages.

19 Seaside splurge. Opened last year, Laguna Beach’s Montage Resort & Spa is romantic, charming, beautiful, and not cheap. Likewise, a meal at the resort’s restaurant, the Studio ($$$$), can set you back plenty―but the delicate, eclectic food is so good, and the setting overlooking the Pacific so unforgettable, you’ll probably decide it was worth it. 262 rooms from $560. 30801 S. Coast Hwy., Laguna Beach; 949/715-6420.