What to do, where to stay, and where to eat in the city’s three best neighborhoods for summer fun 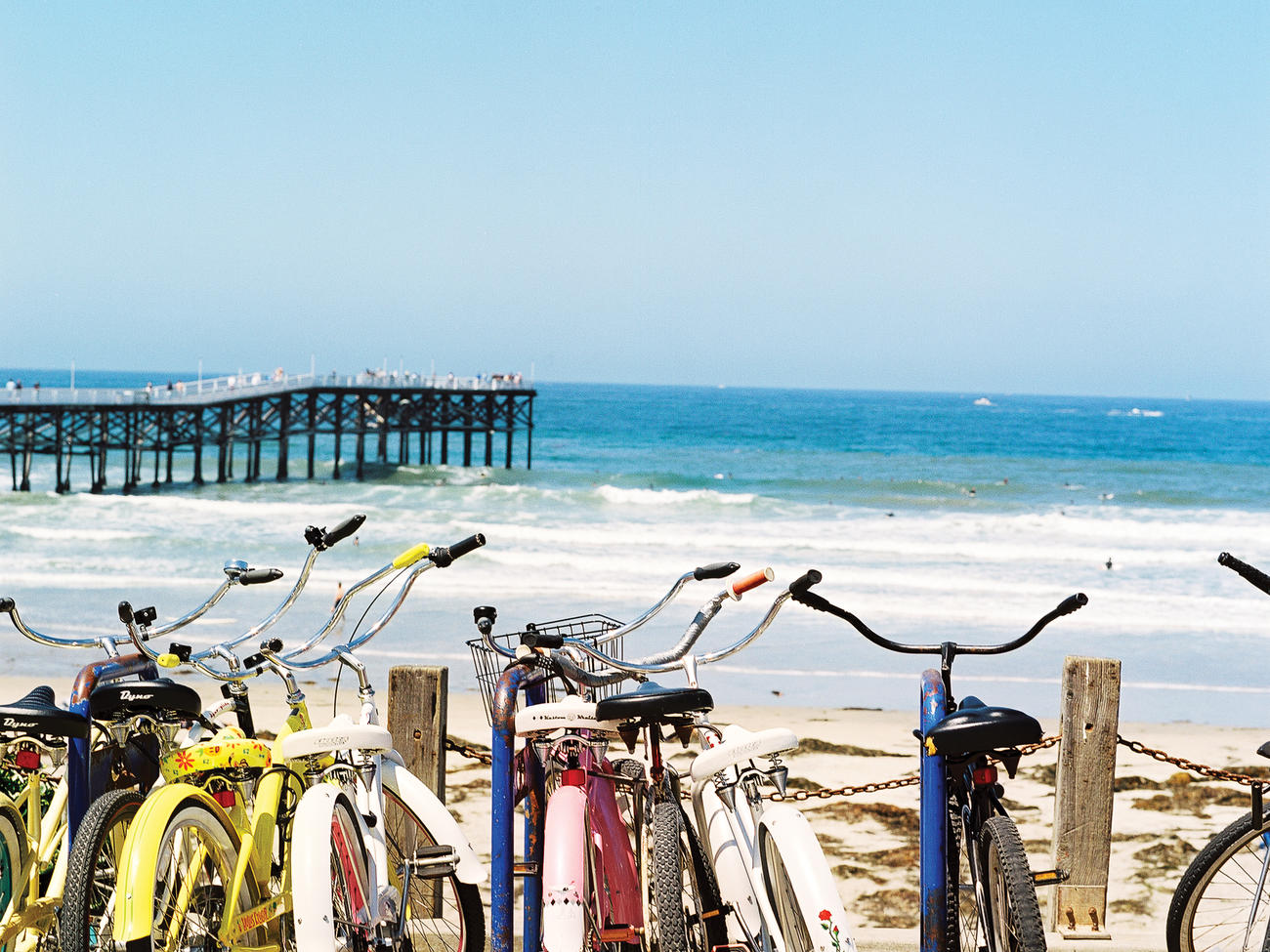 We all know San Diego, right? Endless summer and endless tourist attractions: the zoo, Shamu, and all that coastline too.

But summer in San Diego isn’t just about the beach. The opening of the San Diego Padres’ new ballpark has helped reinvigorate downtown, which bustles with clubs and restaurants.

And few cities anywhere in the world can boast of an urban oasis with the architectural and botanical grandeur of Balboa Park.

Cool waves, baseball, and a touch of Europe too.

We have focused on three great summer destinations in San Diego: Pacific Beach and Mission Beach, which lie north and west of Mission Bay, respectively; downtown’s Gaslamp District and East Village neighborhoods, 10 minutes from the airport; and Balboa Park, on the northeast edge of downtown. August is high season, and rates at many area hotels drop after Labor Day. For additional information, contact the San Diego Convention & Visitors Bureau (619/236-1212).

Andrea Gomez
The drinks are cool at Tower23.

The Prado. Mexican and Mediterranean dishes and an outdoor patio in the heart of Balboa Park; perfect for pre-Old Globe dining or a relaxing sit-down meal during a park visit. $$$; lunch daily, dinner Tue-Sun. 1549 El Prado; 619/557-9441.

Balboa Park. With its concentration of museums specializing in everything from photography to model trains, it has been dubbed “the Smithsonian of the West.” Even excluding the San Diego Zoo, you could easily spend a couple of days here. A variety of tours are offered, and if you plan on hitting a number of museums, consider purchasing a Passport to Balboa Park ($30, $55 with San Diego Zoo admission), which covers admission to 13 attractions. For more park information, stop in at the visitor center (9:30-4:30 daily; 1549 El Prado). www.balboapark.org or 619/239-0512.

Petco Park. The new ballpark has transformed downtown, and it’s well worth combining a game with dinner in the Gas-lamp. 100 Park Blvd.; www.padres.com or 619/795-5000.

San Diego Zoo. Rare creatures, including giant pandas, and sensitively designed habitats such as the Monkey Trails environment make this a must-see. $22. In Balboa Park at 2920 Zoo Dr.; www.sandiegozoo.org or 619/234-3153.

Coronado. Drive across the landmark San Diego-Coronado Bridge or hop a ferry from downtown to visit this island, which is a world apart. Ferry $3 one way; departs from 1050 N. Harbor Dr., San Diego; www.sdhe.com or 619/234-4111.