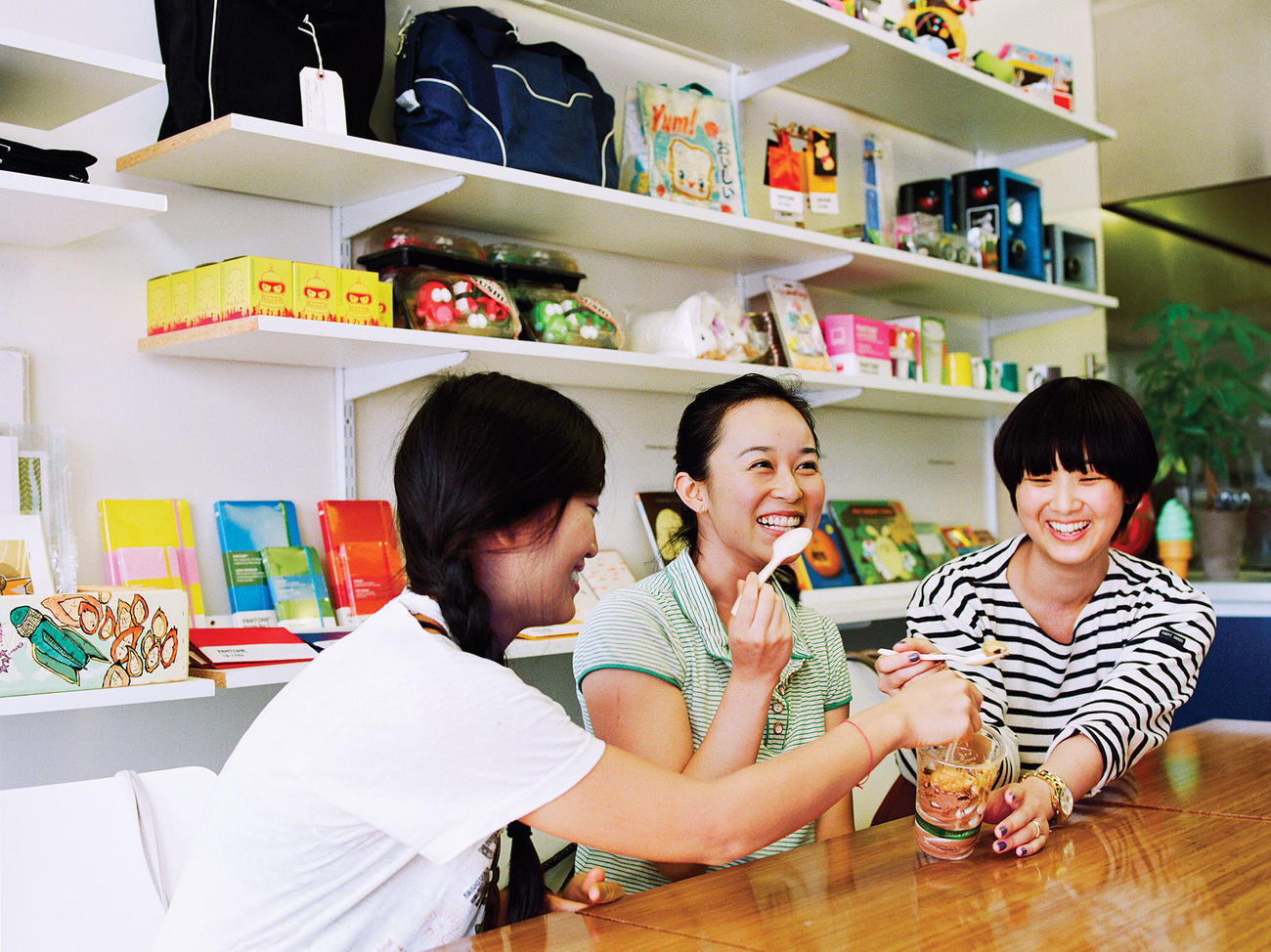 Restaurants with a Michelin star: 1 (see “Beyond Sushi,” next page).

How it all started: A century ago, Japanese immigrants flocked here to work in the salt ponds and open laundries and flower shops. In the ’50s and ’60s, a second wave followed.

A century of tradition: The local Buddhist temple was founded in 1910.

Stock up: Ever wanted your own Lucky Cat, the paw-up cartoon figurine you see in pretty much every Japanese restaurant? There’s a huge selection at M.V. Trading Company (251 E. Third Ave.; 650/558-9780). You can also pick up bento boxes, woks, steamers, knives, and a rainbow of chopsticks.

Warm your bones: Why do lizards lie on warm rocks? Because it feels awesome. Make like a reptile and get that lazy baked feeling at Spa Muku, where there’s only one service: lying on a hot-rock platform. Slip on the provided top and pants, then spend 5 minutes warming on your stomach, 10 on your back, and 5 minutes in a cooling-off room. Repeat 3 times and you’ll be blissed out. From $25; 650/525-0306.

Wander a (very) manicured garden: A walled oasis in the middle of San Mateo’s Central Park, the Japanese Tea Garden is tiny but memorable. Stroll the paths to a granite pagoda, over the bridge across the koi pond, and among the beautifully manicured shrubs. Time your visit right and you may be able to catch the cherry trees bursting into blossom (usually mid- to late February). Free; near E. Fifth Ave. and Laurel Ave.

Shop smart: Pop into bustling Suruki Supermarket for jewel-like takeaway sushi, fresh San Jose Tofu (coveted by those in the know, it arrives on Wednesday and sells out by the weekend), real wasabi root (not the typical green-dyed horseradish), noodles, and an unending sake selection. We love the packets of Japanese vegetable seeds. 71 E. Fourth Ave.; 650/347-5288.

Beyond sushi … where to try more tastes of Japan

For yakitori: Unabashed carnivores will fit right in at Yakitori Kokko. On the edge of downtown and open till 11:30 most nights, it’s a great spot to snack on chicken-thigh skewers while sipping a Sapporo. Balance out the protein with a savory oyster mushroom skewer. $$; 509 Second Ave.; 650/401-7008.

For shabu-shabu: Picky eaters can make everything to their liking at Shabuway. Razor-thin slices of Kobe-style beef, clusters of enoki mushrooms, and crisp napa cabbage come spread out on a plate. Using chopsticks, you dunk them in a boiling pot of broth. $$; 145 E. Third Ave.; 650/548-2483.