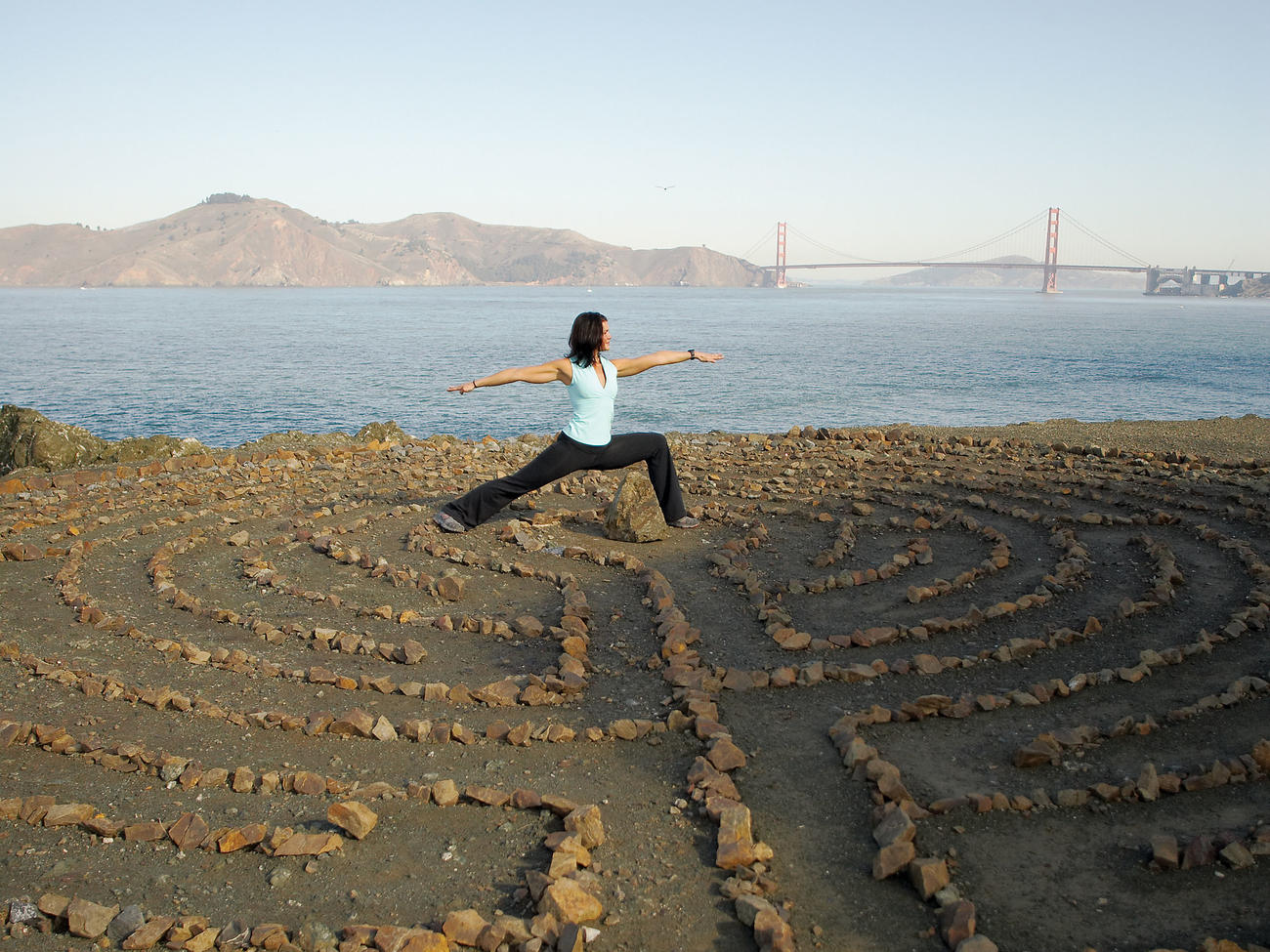 See some of Teresa’s other favorite spots in San Francisco

At 5:45 on a brisk morning, before even the first streaks of light hit San Francisco Bay, Teresa Marchese leads a group of eight women in a series of heart-pounding sprints down a waterfront trail at Crissy Field.

“Come on, come on―I know you can do it!” she tells a panting newbie who falls short of her drill-sergeant pace, somehow managing to be cheerful and motivating but not the least bit obnoxious.

Outdoor boot camps are the current fitness craze in San Francisco―no surprise in a city known for its beauty and athleticism. Marchese, who founded her Rock Solid Fitness program during law school, leads one of the best. Her female-only groups meet five mornings a week at the Marina District’s Crissy Field (when they’re not running Rocky-style drills up and down Pacific Heights’ steep Lyon Street stairs).

“Sometimes we’ll spot sea lions as we’re lifting weights,” she says. For her one-on-one clients, she might bring gloves and shields for kickboxing under the cypress trees at Sutro Heights Park, or put them through a hard run in the sand at Ocean Beach―“but they don’t like me too much after that.”

Marchese seeks out the city’s most scenic trails and incorporates them into her routines. On a hike with her husband, she stumbled across the labyrinth at Lands End (shown above)―a surprise even to longtime S.F. residents.

The natural drama of her surroundings is a motivator. “You can work out on a cliff or run at the ocean’s edge,” Marchese says. “Even in the middle of this cosmopolitan city, you still find these places to be completely alone.”