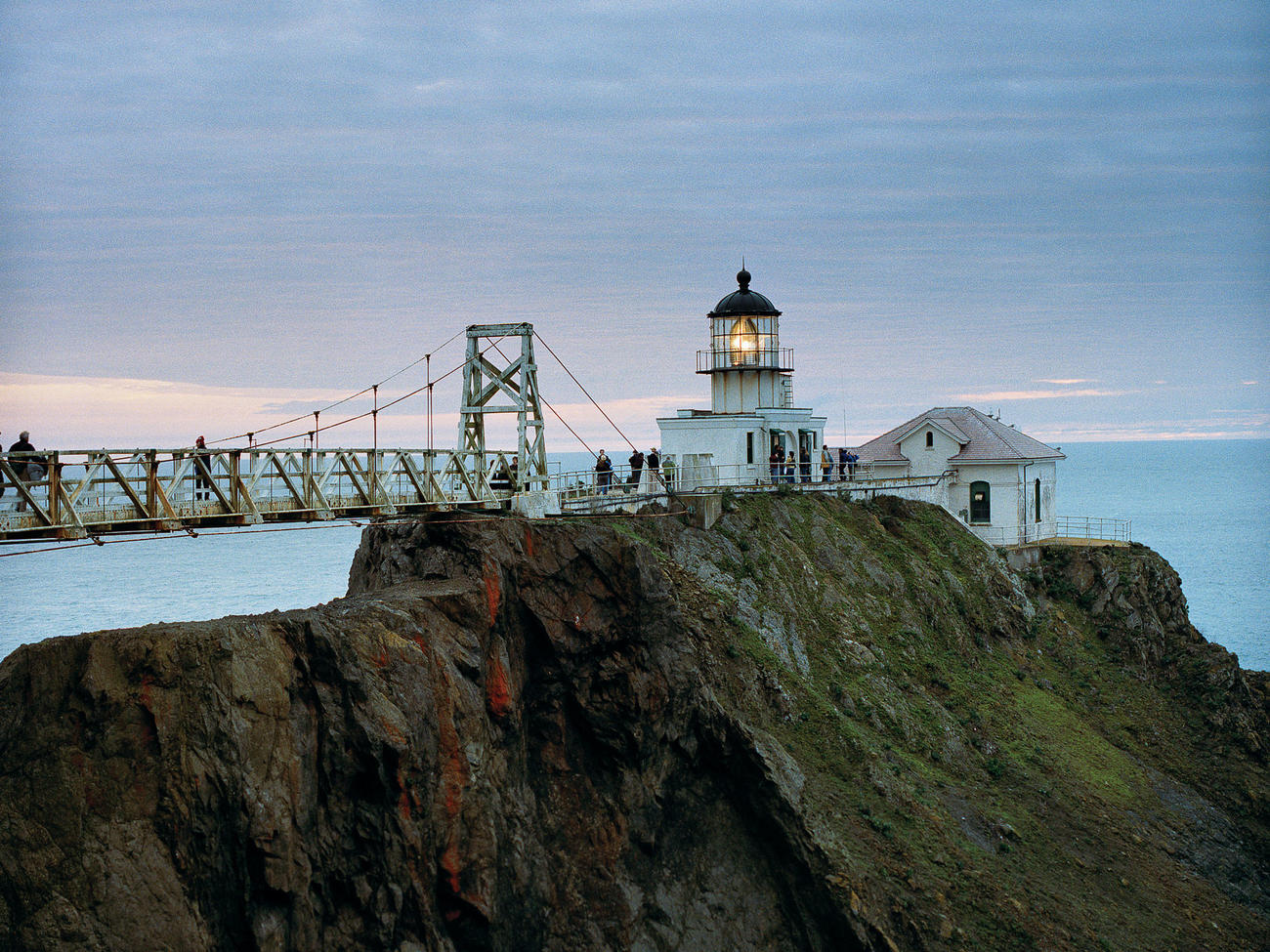 Jeremy Harris
A thrill just to get to, Point Bonita Lighthouse offers one of the Bay Area’s most dramatic views of the Pacific.
Written by Amy Wolf September 16, 2008
Share this story

The journey to Point Bonita Lighthouse, just northwest of San Francisco and the Golden Gate Bridge, is not for the faint of heart. On a windy evening ― and most evenings out on the craggy Marin Headlands are windy ― the short suspension bridge that leads to the lighthouse sways, and you have to force yourself not to look down at the waves battering the cliffs about 100 feet beneath you.

You might turn around if it weren’t for the welcoming light on the other side and the promises of stories of shipwrecks, terror, and heroism told on Bonita’s evening tours.

“They went through several lighthouse keepers out here; the job was just too hard,” says ranger Suzanne Pegas as she leads the way through a cavelike tunnel dug into the hillside.

The tunnel didn’t exist when the lighthouse was built in the 1850s; to get to work, the keepers had to scale the perimeter of the cliff just above aptly named Shipwreck Cove. Even worse, on murky nights keepers were expected to blow a foghorn every 30 minutes day and night, sometimes for three nights at a time.

You won’t feel such hardships on an evening tour of Point Bonita. The tours last about 45 minutes, not three nights. But if you feel a little heroic for making the trip, no one will mind ― after all, you had to walk twice across that scary bridge.