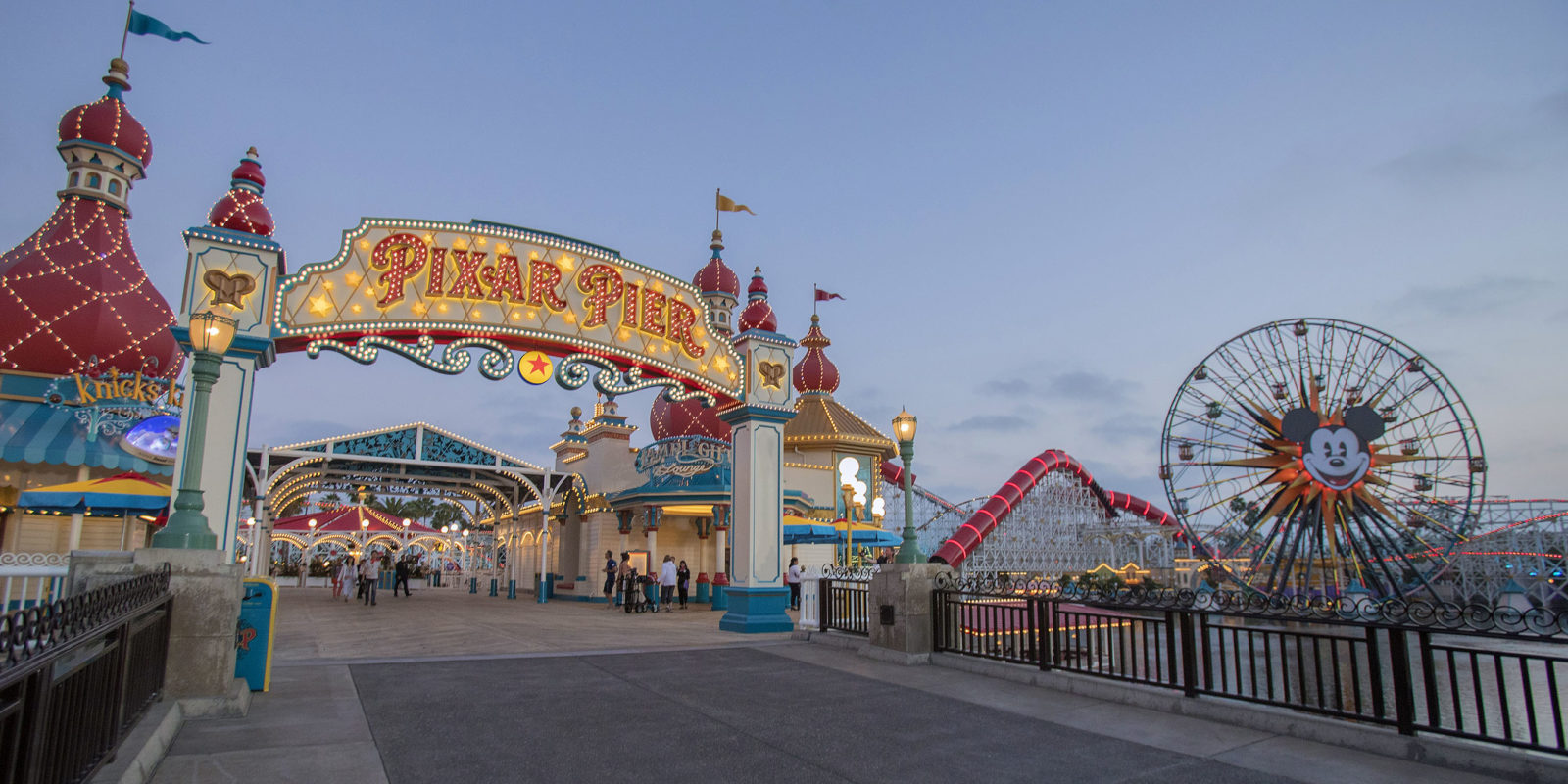 Pixar Pier, the waterfront area formerly known as Paradise Pier, has allotted some of the most popular attractions to the newly-named Paradise Gardens Park, while the rest of the Pier has been expanded and reimagined to host the storylines and characters of the Northern California animation studio’s beloved films.

Stepping through the grand marquee entrance, four themed neighborhoods await, each one representing different films and characters in a variety of attractions. There’s Incredibles Park, dedicated to the family of superheroes in Pixar’s most recently released Incredibles 2, and their esteemed friends, like the stylish Edna Mode. Following the new movie’s storyline is the just-opened Incredicoaster: a race to catch Baby Jack Jack, also clocking in as the fastest attraction within all of Disneyland Resort.

Another ‘hood worth visiting is Toy Story Boardwalk, where Toy Story Mania!’s popular 4D carnival ride remains a staple; it will also welcome a carousel inspired by the series’ sassy cowgirl, Jessie, next year.

The Pixar Promenade pays tribute to a host of favorite characters and films, and is reminiscent of a beachside boardwalk, with pay-for-play games and a candy store, Bing Bong’s Sweet Stuff, serving up old-school confections like saltwater taffy. Continuing along the pier, you’ll find Inside Out Headquarters, where emotions run wild and characters like Joy and Sadness will star in an upcoming ride to debut in 2019. Take it all in from the revamped Pixar Pal-A-Round gondolas, offering high-up views of the pier alongside characters from nineteen of Pixar’s animated films.

The park’s new eats are equally as animated as the games and rides, with Pixar pals in edible form throughout the Pier. There’s lemon soft serve at Adorable Snowman Frosted Treats, an ode to the charming (and not-so-abominable) snowman from Monsters Inc., and Poultry Palace, a Toy Story-inspired eatery serving up chicken drumsticks. Angry Dogs plays on the fiery spirit of Inside Out’s Anger character, with a menu of “hot” dogs of varying levels of heat. For a full dining experience, the park’s new two-story gastropub, Lamplight Lounge, serves California cuisine and signature cocktails with bay views and thoughtful details, such character sketches and memorabilia, inspired by the artists and creators behind the Academy Award-winning studio’s popular stories.

Given that Disney Parks has dubbed 2018 the “Year of Pixar,” celebrating the studio’s twenty years of storytelling, the new pier couldn’t have come at a better time. Throughout the summer, Disneyland Resort will also be holding Pixar Fest, with a special fireworks show over Main Street, U.S.A., honoring the two decades of Disney Pixar films. And as if all of that wasn’t enough, on June 30, Disney’s Hollywood Studios will roll out a brand-new Toy Story Land dedicated to Buzz Lightyear, Woody, and the gang. We can’t wait to check it out!