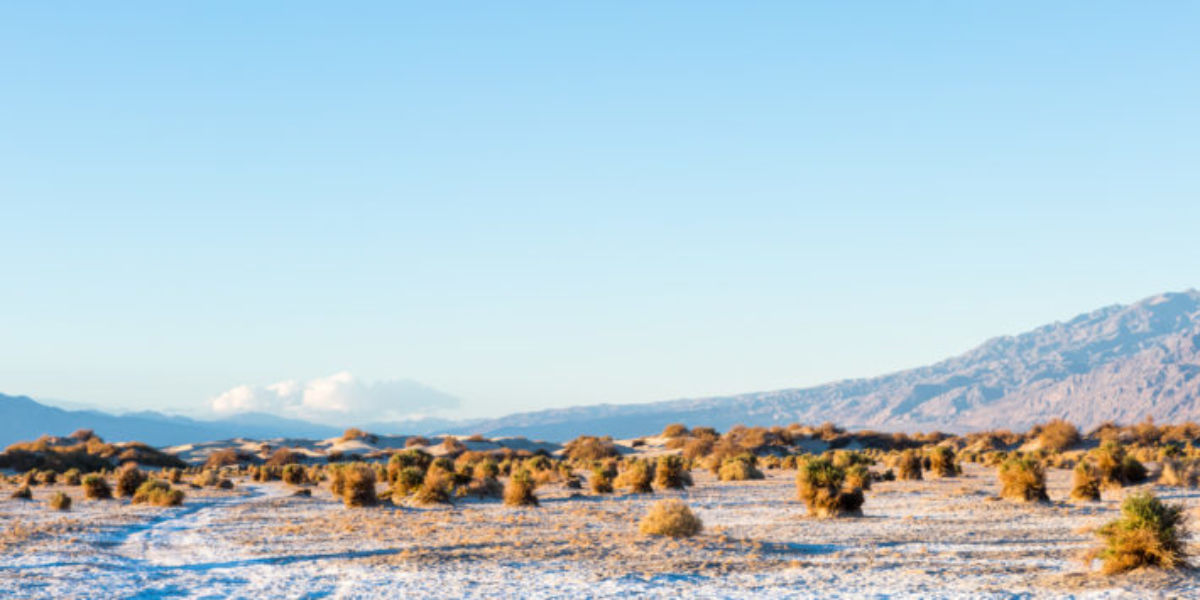 arinahabich / Getty Images
Written by Amy Graff, SFGate March 12, 2019
Share this story
It’s not a sight you expect to see in the driest spot in the country.

“It’s a surreal feeling seeing so much water in the world’s driest place,” said McGucken, who also writes books on physics. “There’s an irony even though I couldn’t get down to Badwater Basin. Overall, I think these shots are probably more unique.”

McGucken said Death Valley is usually windy, and when he first arrived at the lake, blustery conditions were creating ripples on the water. “Then, the wind died down and it got really calm,” he said.

The result was a collection of images with the rugged Panamint Range, its tallest Telescope Peak frosted in snow, reflected in glassy waters. “Nature presents this ephemeral beauty, and I think a lot of what photography is about is searching for it and then capturing it,” he said.

The exact length of the lake is unknown, but the park emailed a statement to McGucken estimating it’s about 10 miles long: “I believe we would need aerial photos to accurately determine the size. From the road, it looks like it stretched from approximately Harmony Borax Works to Salt Creek right after the rain, which is a little less than 10 road miles. But, the road does curve a bit, so it’s not an entirely accurate guess.”

As of Tuesday, the park said the lake was still there but getting smaller.

Patrick Taylor, chief of education and interpretation, says he’s never seen a lake of this size near Salt Creek in this six years he has worked in the park.

“It has formed before in smaller ponds, but I don’t remember seeing it this large in this location before,” Taylor said.

ALSO: Death Valley flooded by drenching rains: ‘It’s like putting water on concrete’ In a typical March, the Furnace Creek rain gauge in Death Valley records 0.3 inches of rainfall. In a 24-hour span running from last Tuesday to Wednesday, the same gauge measured 0.84 inches. In the surrounding mountains, the National Weather Service estimates 1 to 1.5 inches fell.

This might not sound like a lot of rain, but NWS meteorologist Todd Lericos explains the desert landscape doesn’t easily absorb water. Rain in the mountains rushes down to the valley floor.

“The desert soils are dry and compact,” said Lericos, who works in the NWS Las Vegas office. “It’s like putting water on concrete.”