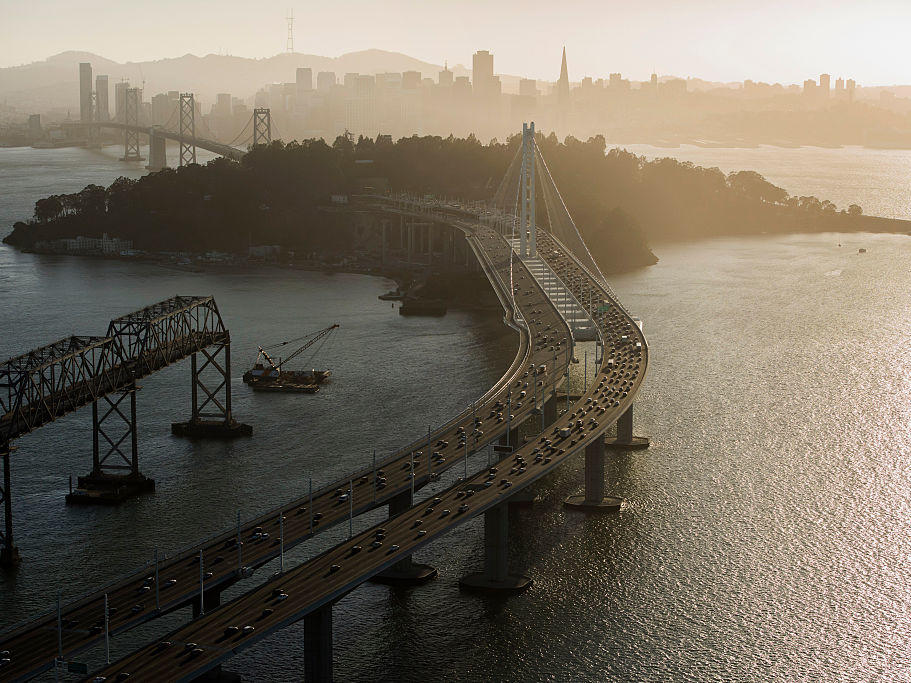 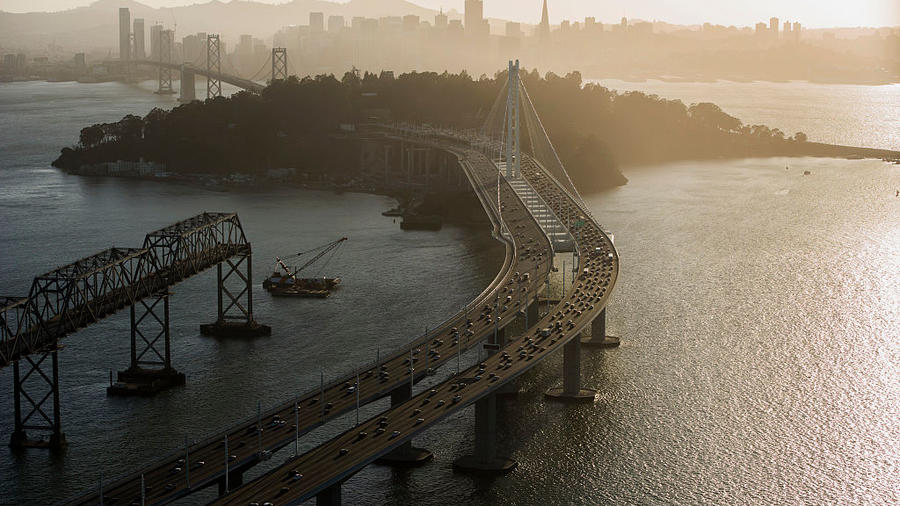 Godzilla. San Andreas. X-Men: The Last Stand. It Came From Beneath the Sea. Whether the culprit is a radioactive monster or a fault line, Magneto or a mutant octopus, Hollywood loves destroying the Golden Gate Bridge. But this weekend, our other bridge will steal the spotlight, as 20,000 pounds of dynamite implode the old Bay Bridge’s biggest concrete pier. If all goes according to plan, the pier, known as E3, will be imploded tomorrow between 6:45 and 7 a.m. At that time, just under 600 small charges of dynamite will be set off over the course of 6 seconds, demolishing the 20 million pound foundation of that pier.

The top of the pier will be covered by a timber-and-steel “blast mat,” while woven steel cables will encase the outside, to contain potential rogue debris. At the time of the blast, air compressors on nearby barges will release a wall of bubbles—a “bubble curtain”—which should reduce the underwater shock wave by 80%.

And, since the San Francisco Bay is home to fish, nesting birds, and marine mammals, CalTrans officials have taken precautions to minimize the blast’s impact on the wildlife. To start, they chose to demolish the pier in November, as salmon and herring are virtually absent at this time, and nesting birds are “few and far between.”

They have also placed noise-emitting buoys around the affected area to encourage birds, seals, and sea lions to steer clear of the site, and wildlife monitors will be on hand to ensure protected species stay out of harm’s way. If they see a particularly threatened species enter the blast zone, officials can halt the implosion on a dime.

Human traffic will be stopped as well. The pedestrian/bike path on the Bay Bridge closes at 6 p.m. tonight, and the BART trains will be held outside the Transbay Tube before the blast. The Highway Patrol will hold traffic for 15 minutes before the demolition, and boats will be kept 1500 feet away from the pier.

Want to watch the implosion? Your best bet is to check it out online. CalTrans plans to put the explosion online, at https://www.youtube.com/watch?v=yV-KbyZJthM, or you can search E3 Implosion on YouTube.