Living large in a small space 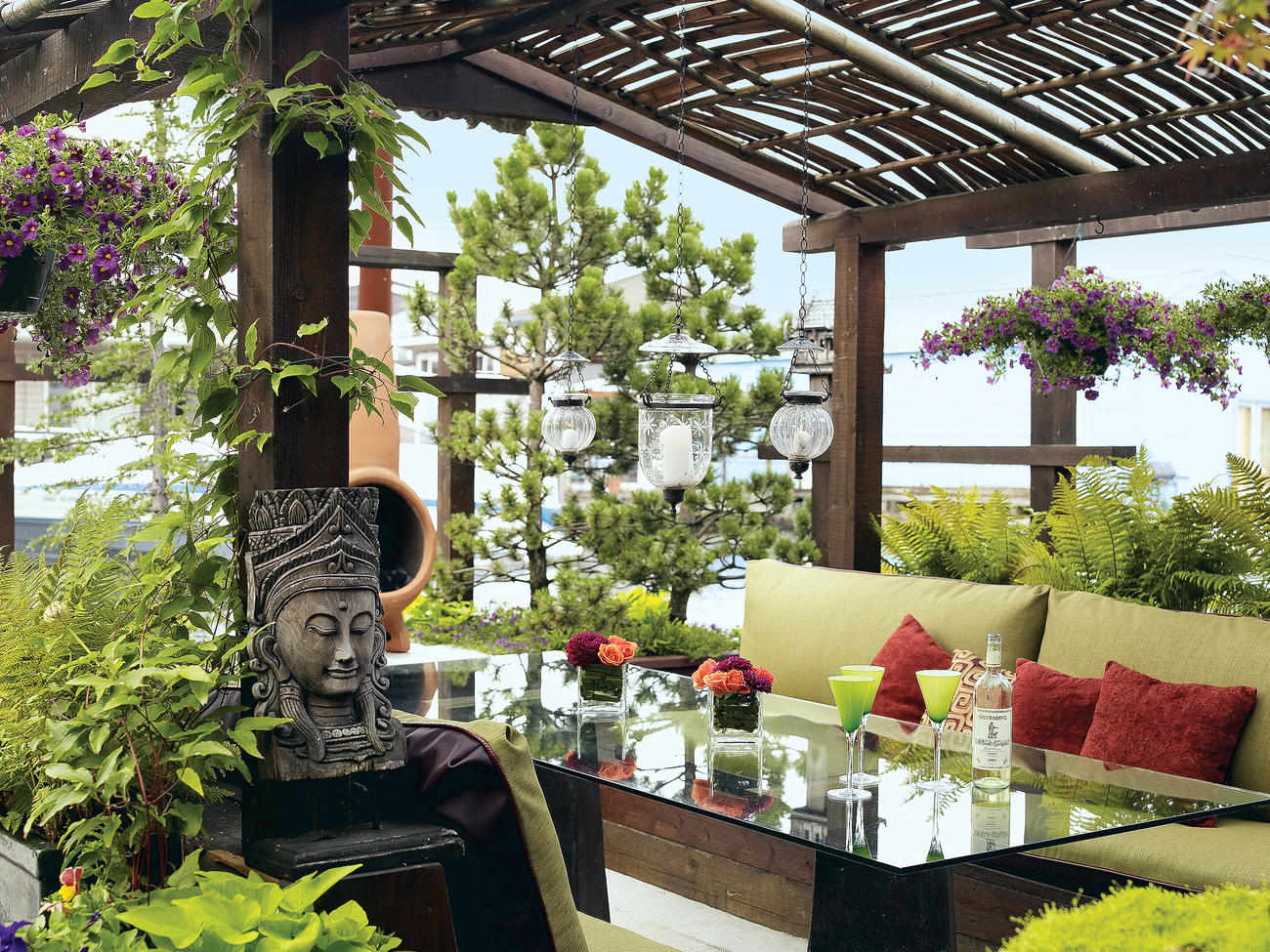 Light dances on the river, bamboo rustles, and dragonflies buzz. On a warm summer afternoon, there is no better place than Julie Higgs and Dave Stricker’s floating home on Hayden Island, Oregon.

“I’ve always wanted to live by the water. But once you’re in the water, it gets really hard to leave,” Julie says.

This love of the aquatic must be in the genes: Moored right next door is the houseboat belonging to Julie’s sister, Diane Hall, which she rebuilt with partner Rick Dallman. “Around here we’re known as the Cabana Sisters,” Diane says.

Years of living and traveling in Southeast Asia have given Julie and Diane an eye for the exotic, and their small-scale homes nearly burst with treasures―Asian antiques, tropical touches, and bamboo accents.

Their lushly planted decks frequently serve as settings for outdoor feasts replete with pitchers of Tahitian rum cocktails and platters of prawns.

It all has the feel of a permanent vacation, a setup that satisfies even a wanderer’s soul. “I love it here. This is the longest I’ve lived anywhere since I was a child,” Julie says. “I’ve never been attached to a place before, but the minute we moved here, I knew I was going to stay.”

DIANE’S HOUSEBOAT: A 700-square-foot former fishing shanty built in the 1920s; the layout is similar to that of a studio apartment.

JULIE AND DAVE’S HOUSEBOAT: A 1,000-square-foot model, known as a roundtop (fishermen would hang nets over the curved roof).

HOUSEBOAT LIVING 101:
What land dwellers don’t know about life on the water

Construction “The main challenge is getting tools and materials down here,” Dave says. Dropping items into the watery abyss is another hazard. “A friend of mine lost a chain saw.”

Flotation It’s a balance. “If you move your furniture around too much, or if you’re having a bunch of people over, you have to adjust your flotation,” says Dave, adding that the underwater blocks may need adjusting by a diver every year or two.

Geothermal unit Julie and Dave swear by this system for efficient temperature control and lower bills. About 1,200 feet of pipe is coiled underneath their home.

Wildlife “A family of ducks with 11 babies lives on a floating plank off our deck,” Julie says. “We see a ton of exotic birds on their migration path, and the occasional bald eagle.” Dave even uncovered a nesting beaver under the floor.

Privacy “The houses are so close together, I was worried it might feel like a trailer park―but the water is a great barrier,” Julie says. “It’s not how close you are, but what’s in between you.”

LIVE LARGE IN A SMALL SPACE

Living large in a small space