A World of Style 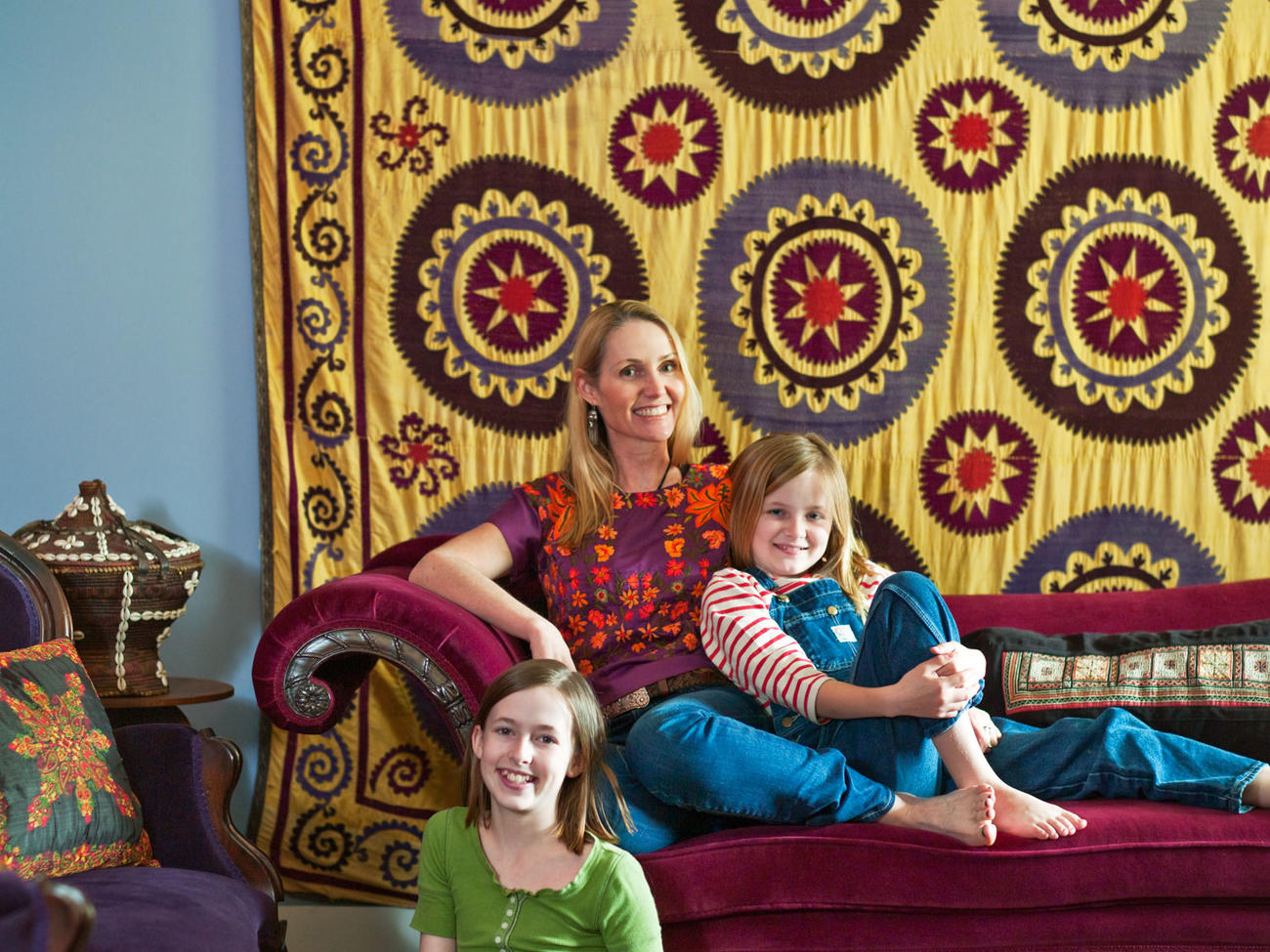 Photo by Thomas J. Story; styling by Miranda Jones
Homeowner Amanda Jones with her family in the "shackteau".
Written by Jess Chamberlain April 19, 2010
Share this story

With Amanda Jones spending four months of the year traveling the world, you might expect her to live in a spare space that serves simply as home base between gigs. But Amanda, originally from New Zealand, prefers returning from destinations like Ethiopia, Vietnam, Chile, and the Philippines with as much as she can carry. “I arrive home looking like a refugee with all of my boxes and baggage,” says Amanda, whose husband and two daughters often travel with her.

“I collect things—and their stories—wherever I go.”

And where many of these stories end up is Redgate Ranch, the family’s weekend retreat in Northern California. The “shackteau,” as Amanda refers to the less-than-1,000-square-foot house, is her space to experiment with the finds she brings back from many of the countries (more than 100 so far) she has visited. “Here, I feel I can do things imperfectly and a little funky. The house seems to welcome the imprecise,” she says of the interior and its blend of textiles, feathers, and tribal jewelry, as well as random DIY projects like the Mexican tiles she glued on the kitchen wall.

Go for foldable textiles and small objects. The tile-topped armoire isn’t practical. Instead, buy tiles and plan a DIY project that incorporates them.

In the shackteau are silk fabrics from Vietnam, textiles made by Hmong people, Rajasthani saris (turned bedspread), and tiles from ­Dolores Hidalgo, Mexico.

Many pieces come from Africa—one of her favorite spots on the globe for authentic culture—where she’s collected many cowry-decorated baskets, handcrafted jewelry, textiles, and even clay lip plates.

Allow countries’ treasures to mingle. There’s this belief that all Asian goods belong on one shelf and African on another. It’s more interesting to mix them up.

Amanda’s preference is for crafts that are a dying art, and her deep response to those led her to focus on the lives of women overseas—especially through their crafts, such as suzani, a textile that’s part of dowries in Central Asia. Investing in women abroad is the way Amanda wants to give back to the world; and her current project (at potentiamedia.com) is an online book that brings awareness of women’s global issues through photography, fine art, and writing.

Waterfowl feathers from Zambia and seashells from Zanzibar, Fiji, Maldives, and New Zealand are accents around the home. Just be careful not to take anything illegal. For example, shells from protected species are a no-no (see cbp.gov).

In her home, Amanda displays her mementos guided by emotions, not style. “I keep something [displayed] because it is beautiful and it makes me happy. You’ll never forget the moment you got it or who you bought it from,” she says. “It’s a living photograph because it takes you back to that place and that time.”

And just as rewarding, she says, is the way the shackteau’s global style makes people relax and feel they’ve entered a magical place.

How to Get Moroccan Style

8 Ways to Refresh Your Home’s Style

How to Get Southwestern Style