See how a sheer room links a Venice, Calif. home to its backyard 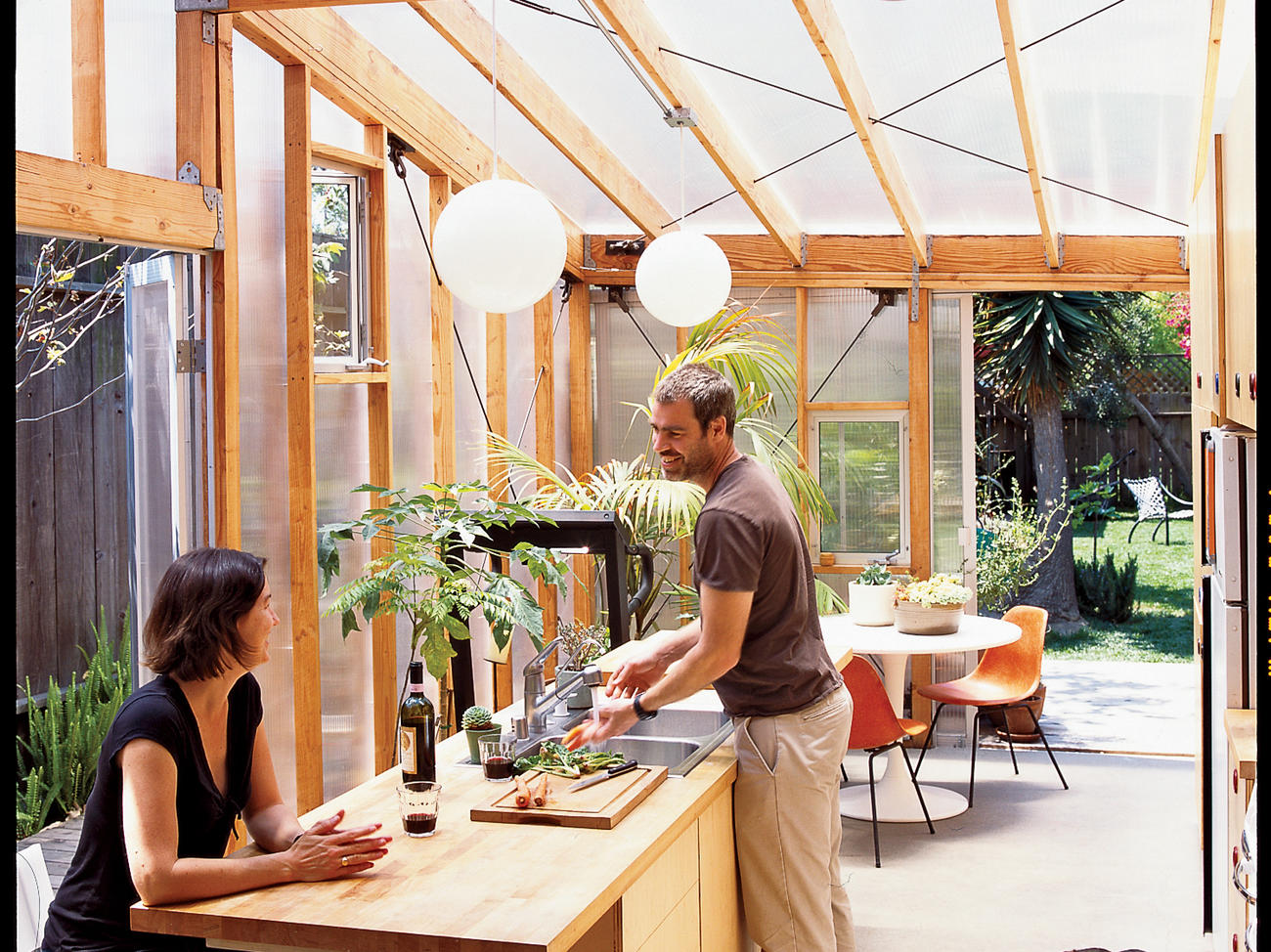 Lisa Romerein
Stephanie and Gus Koven regard their airy addition as their "summer" home.
Written by Kathryn Harris, June 6, 2006
Share this story

From the sidewalk, the oversize oak front door and classic porch of this 1913 bungalow offer no clue to the surprise out back. Located on a quiet street in Venice, California, the house is virtually indistinguishable from its neighbors.

But in fact, the front and rear areas are so different – visually, emotionally, and thermally – that owners Gus and Stephanie Koven regard them as separate summer and winter homes.

The couple wanted to find a cost-effective way to unite the original 1,000-square-foot bungalow and its backyard. “You literally had to duck through a tunnel-like door and meander down steps to access the garden,” says Gus, a sound designer and avid gardener. “The only view of the yard was through a small window in the bedroom.”

Friend and architect François Perrin expanded the kitchen, extended the master bedroom, and set a freestanding bathroom within its midst. Overhead, he erected a Douglas fir frame wrapped with Polygal (about $2 per square foot), a translucent skin of thermal polycarbonate normally used for greenhouses.

The Polygal gives the structure its sheerness, reflecting the sun’s rays in summer and absorbing them in winter. “The material works best in climates like the one in Venice, where breezes provide natural ventilation,” Perrin says.

The geometry of the addition takes its cue from the sun’s path throughout the day, optimizing passive heat and light. (According to Perrin, the design is based on the theory of a “solar envelope,” originated by University of Southern California architecture professor Ralph Knowles.)

Thanks to the addition’s openness to the outdoors, the Kovens’ lives have been transformed. “We live by natural cycles now. We know exactly when the sun rises and sets. It’s almost like camping,” Gus says. The design satisfies their toddler son Gustavo’s wanderlust too, allowing him to roam freely inside and out with dog Petunia.

More: 17 amazing Before and Afters