Smart remodel for a growing family

Design ideas from a family-friendly remodel 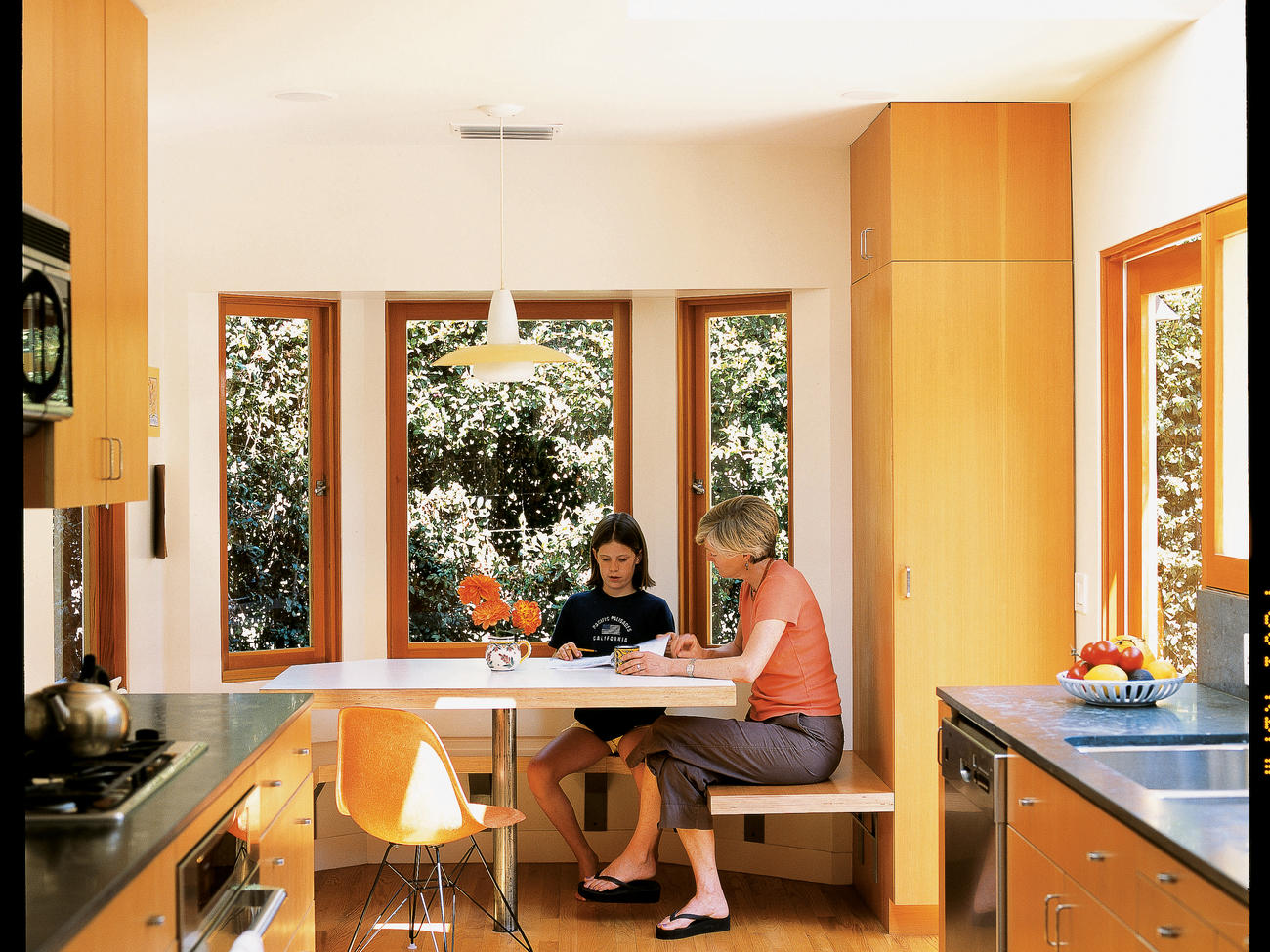 Lisa Romerein
The kitchen part of the second remodeling phase is activity central.
Written by Sunset October 7, 2004
Share this story

The open, airy home was renovated in two phases as the family expanded and the children grew older, is the perfect platform for a bustling family of 5.

The 2,700-square-foot home is “a kid-friendly house,” says owner Leslie Woolley. “Hardwood floors run everywhere ― there is no carpeting the kids can ruin. The layout is terrific. From the kitchen I can look out and see the kids playing in the front yard and the backyard.”

On weekends, breakfast, lunch, and dinner are served on the patio. There are no screens on the windows or doors. “We don’t have a lot of bugs here,” Woolley explains.

When Woolley and husband Michael Rogers bought the one-story, Cape Cod-inspired cottage in 1994 it had two bedrooms and one and a half bathrooms. They knew that they would need to adjust the house to meet the needs of their growing family, but they didn’t want an addition to eat into the big backyard, a feature they loved.

“We began the second renovation because the fridge broke,” Woolley explains. It was the home’s original refrigerator and was unusually small. “We could not find any fridge that would fit in the space ― and we weren’t looking for a grand, oversize one. We started discussing bumping out the kitchen wall.”

As often happens in remodeling, one seemingly small decision led to much larger ones: the couple began to rethink the entire kitchen and the neighboring family room. Before long, they also were considering an additional bedroom.

The project may have taken on a life of its own, but it never grew out of control. “We were conscientious not to build too big a house for the lot,” Woolley says.

The family added space, but the greatest gains in efficiency came from Sant’s reconfiguration of the existing spaces. He removed the maze of doors that had connected the living/dining space, the tiny family room, and the kitchen.

The fireplace was grouped with built-in cabinetry to create a freestanding unit that the spaces flow around; it provides enough separation to create distinct rooms, but it also allows for visual connections.

“Everyone thinks we made the kitchen much bigger,” Woolley says, “but we only added 2 feet to its length.” Small windows ― crowded by cabinets― were replaced by three large windows. All of the upper cabinets were moved to the opposite wall in place of a doorway. “It was surprising how such minor changes made the kitchen feel more spacious,” Sant says.

The first addition incorporated qualities of the original house but was more modern. The second time around, the couple carried details from the addition throughout the home. For example, the original painted double-hung windows were replaced with simple Douglas fir frames, which hold casement and hopper (top-in) windows. “A repose emerged just by simplifying the windows,” Sant says.

Smart remodel for a growing family