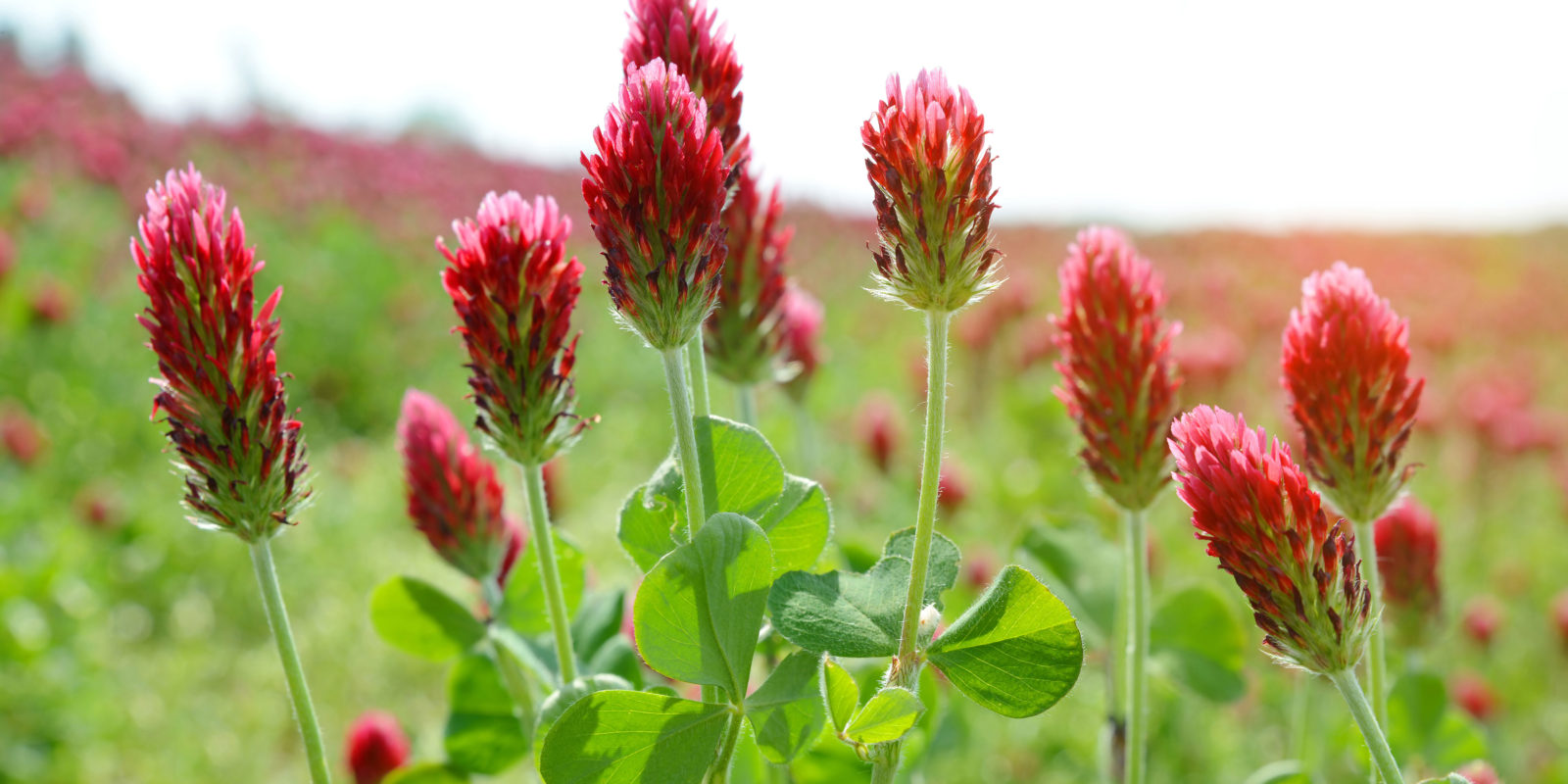 A cover crop is a crop that you plant in your vegetable beds, but don’t eat. Which may make you wonder, what the heck is the point? After all, you don’t toil away on your tomatoes, peppers, and carrots just to chuck them the second they’re ready. But hold the phone—or the garden hoe—because cover crops do so much for your garden.

Ivette Soler, a garden designer in Los Angeles who grows several beds of vegetables in her backyard at home, practically gushes when asked if she likes using them. “Cover crops are fantastic for organically improving the health of your soil!” she says, adding “Taking a pause by letting a cover crop grow in your raised beds or in-ground rows allows you to take a beat while passively making your soil better.”

And they do more than that.  “Cover crops bridge the seasons by performing a wide range of services beneficial to our gardens and the greater ecosystem,” says Pass the Pistil blogger Emily Murphy. “They protect soil, decrease erosion, act as living mulch, and suppress weed growth.” She adds, “They also offer refuge and forage for overwintering beneficial insects and ensure a reliable source of living roots.”

And what’s the benefit of living roots? “Living roots are essential for maintaining the plant-soil-microbe partnership that helps drive the carbon cycle,” Murphy says. Basically, she explains, when you maintain a supply of living roots with compost, you feed the soil ecosystem. “The soil ecosystem and the microbes that inhabit it build soil organic matter and, over time, shuttle carbon from the atmosphere back underground,” she says.

If you want to try a cover crop at home, order seeds from someplace like groworganic.com. Plant the seeds in the fall by simply scattering them well, raking them in, and watering them. Next is the super easy part—just let your crop grow all fall and winter. Then, in the early spring, either mow or till your cover crop into your soil, depending on what type of seed you’ve used. Some people plant right away, but Solar says to wait. “After you dig your cover crop in, allow about three weeks for the soil microbiome to break down the green manure and incorporate it into readily available nitrogen,” she says, “and then plant away!”

Clover comes in a variety of sizes and shapes. White Dutch clover is excellent as a living mulch because it takes shade and foot traffic. Crimson clover boasts bright red flowers that summon beneficial creatures. All clover varieties fix nitrogen in the soil; that is, they put in more nitrogen than they take out and help condition the dirt.

This legume does double duty. Not only does it build soil, decompose quickly, and fix nitrogen but also the flowers and pea tendrils are edible and tasty. Try adding the flowers, with their mild pea-like flavor, to a salad mix.

This fast-growing non-wheat crop is excellent at suppressing weeds like quack grass. Buckwheat’s white flowers make a lovely filler for flower arrangements, plus they attract beneficial insects. Tip: Don’t let this cover crop go to seed, or you’ll have buckwheat next year.

This grain cover crop contributes plenty of organic matter to soil but unfortunately doesn’t add nitrogen, so consider planting it with peas. Oats and peas have complementary growth habits—the peas happily clamber up the oats. Both crops are cold-tolerant, which makes this a good combo to plant in late summer or early fall.

This annual cereal grain is very resistant to cold and works well for fall planting. Its fast growth and dense root system suppresses the most noxious weeds and winter rye is more successful than other grains in poor soils–plus it prevents soil and wind erosion. The crop can be quite happy growing with a legume like hairy vetch or crimson clover.

As a legume, fava beans fix nitrogen in the soil. As a cover crop, they cultivate easily, improve soil texture, suppress weeds, support microbials–and are even edible. Fava beans are a favorite because you can grow a cover crop and eat it too. Purchase seeds, soak them in water for 24 to 48 hours, plant them in a few inches of soil, and water occasionally.

7 of 10Courtesy of Getty Images

This hardy legume is an excellent green manure for fixing nitrogen in the spring. This rapidly-growing plant is also a good weed suppressant. It likes well drained soil and suffers in clay or wet areas. Sow in spring to late summer.

A vigorous, adaptable legume with an impressive resumé: fixes nitrogen; loosens soil with its strong root system; draws bees and butterflies with its abundant, fragrant black and white blossoms; and makes for an excellent green manure. Plant in early fall.

This frost-tender cover crop generates copious amounts of organic matter and needs little encouragement to reach 5 to 12 feet tall. You can keep it more controlled by mowing it down to 6 inches after reaching your desired height, or plant it 7 weeks before the frost hits.

Alfalfa is a legume that fixes nitrogen in the soil. Its long tap roots help break up hard soil, which improves drainage and aeration, plus the roots bring up trace minerals from deep in the dirt. Tip: Shear the plants periodically to prevent flowering and seeding.

3 Ways to Maximize Fall Color in Your Garden