The Monarch Butterfly Needs Your Help: How to Plant Milkweed and Nectar Plants

An invertebrate biologist helps me sort out fact from fiction, including which type of milkweed to plant and where to find it. 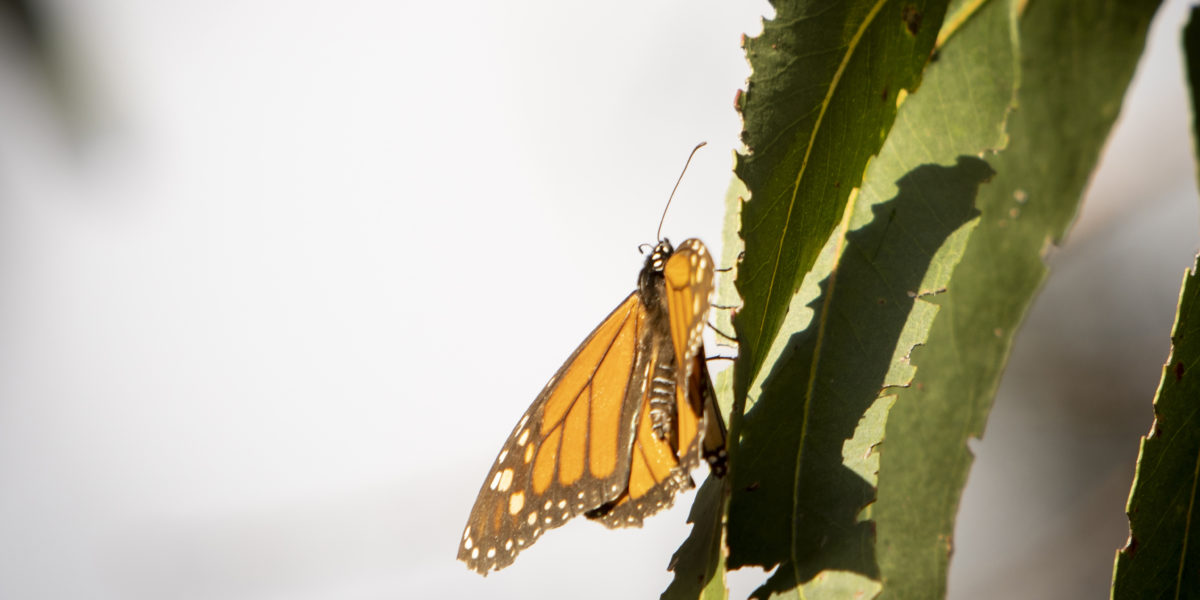 Am I the only one who gets confused about how to help monarch butterflies? I know there’s a problem with tropical milkweed, but I don’t know which milkweed to get for my region—or where to find it. (And what if you have established tropical milkweed already? I mean seriously, am I milkweeding wrong?!)

I think there was good news about the Thanksgiving 2021 monarch count—which is when volunteers go out and count clusters of monarchs at overwintering sites—but I don’t know what it is. I know the monarchs are in decline, but I don’t know precisely why.

I have so many questions—and you might, too. After all, the monarch butterfly is the official butterfly of the nation, delighting us with its regal orange glow when it flutters into our gardens. Of course I want to help, but I don’t want to do any harm. So, I went straight to an expert. Angela Laws is a biologist with the Xerces Society, a nonprofit that aims to protect biodiversity and invertebrates. She answered all my questions, did away with common misconceptions, and told me how we can all play our part to help the butterflies.

First, can you go over the decline of the Western monarchs with me? Basically, give me the CliffsNotes?

When we started the Thanksgiving Count in 1997, there were 1.2 million butterflies counted overwintering along the coast (down from several million in the 1980s). That number declined to around 200,000 by 2001 and then hovered around that number until 2018 when the population declined to less than 30,000. Then it collapsed even further to fewer than 2,000 monarchs in the winter of 2020. Population numbers are really bouncy—they can go up and down pretty easily. Last winter, the numbers came back up to around 250,000 monarchs. So, that’s really good news.

Does that mean the population is recovering?

Those numbers are still much lower than the millions that were there just a few decades ago, but it is hopeful and it shows that this animal does have the capacity to recover.

And there’s something we can all do at home to help, right?

Yes, we can plant milkweed and other nectar plants.

Why Are Monarchs Disappearing?

What’s the difference between milkweed and nectar plants?

So butterflies—and moths as well—have what we call host plants. And these are the plants that the caterpillars need to feed on to mature into adults. Some butterflies are generalists; they can use many different species. Monarchs are specialists and their caterpillars need to feed on milkweed leaves. The adult will drink the milkweed nectar, but they’ll also drink nectar from many other species of plants.

Got it, and can anyone plant milkweed and nectar plants?

Yes, anyone can plant them, but we do recommend that people do not plant milkweed if they live really close to one of the overwintering sites. Monarchs don’t need milkweed when they’re overwintering.

How do you know if you’re near one of those overwintering sites?

Okay, can you clear up the problem with planting tropical milkweed, which has been in the media a lot?

Sure. People like to plant tropical milkweed because it’s easy to grow and easy to buy, but it’s not a native species. It doesn’t go dormant in the winter, and there is some evidence that in some places monarchs are having these year-round populations. So instead of migrating, they just stick around in Southern California all year. We don’t know for sure—there are a lot of unknowns—so we operate on the precautionary principle that it could be harmful. As a result, we advocate for only planting native milkweeds.

And there’s another issue with tropical milkweed, right? Having to do with disease?

Yes, because it doesn’t die back, disease tends to build up on it. And so you can get more disease for the monarchs in areas where you have lots of tropical milkweed. Some monarchs have these parasites on their body. They land on the plants and the parasites get on the plant and the monarch flies away. And then another butterfly comes and can pick up the disease that’s there. When native milkweed dies back, the parasite dies along with it. But with the tropical milkweed, it stays green all year and the disease tends to build up just because you’ve got more and more monarchs visiting it over time.

So what if you already have tropical milkweed?

If you have it and you love it, just cut it back in October or November. It’s hard to do if you have monarchs on it, but you need to cut it back. This is less of an issue in places like Montana or places with proper winter and snow, which will cause the plant to die back, but you have to cut it if you’re in someplace like Southern California where it stays nice all year.

Now let’s talk about native milkweed. Is it harder to establish than tropical?

The Western species can be a little bit trickier but it can be done for sure. We have a guide on establishing native milkweed. But in California and a lot of the arid West, we generally plant in the fall right before the winter rains come and that tends to help the plant establish; or, in home gardens, you can plant it in the spring as well. Showy milkweed—we’ve been doing some work with nurseries to make the rhizomes available—those do really well. Like I planted some of those in my yard and after two years they were spreading.

And you also have a regional guide to milkweed right? So you know which is most common in your area?

Yes, that can help you choose which species to plant.

And then you have the milkweed seed and plant finder?

Yeah. Say you’re in Idaho or California. You can enter your state, find the species, and then you can select if you want to buy a plant or seed, and when you hit apply, it will tell you what vendors sell milkweed and what species they have.

How to Help Western Monarch Butterflies

These links can help you find overwintering sites, plant native milkweed, and more.

How much milkweed should somebody plant, at a minimum?

Three to five plants. If you’re planting narrow milkweed, it has narrow leaves, so five plants is better. On the other hand, it’s good to keep in mind that the showy milkweed gets really big. I also recommend having more than one species of plant because they bloom at different times. So generally, if you have more than one species, you’re probably going to have green milkweed for a longer period of time in your yard.

And what about pesticides on milkweed plants?

We are finding high levels of pesticides on all milkweed that people buy. It’s good for people to ask the nursery if the plant they’re buying has been treated with neonicotinoids and other systemic insecticides.

And if it has, then don’t buy that plant. But the people at the nursery may not know, right?

If they don’t know, I think there’s still a lot of value in just asking, “What kind of insecticides was used on the plant?” I think that if more and more customers start asking, the people who run the nurseries will say, “Hey, this is something that our customers care about.” And once people plant milkweed and other nectar plants, they should avoid spraying those plants with insecticides, which can be harmful to monarchs and other pollinators.

Beekeeping Basics: How to Raise Honeybees in Your Backyard

Warmer Weather Is Around the Corner: Your February and March Garden Checklist