Queen Anne Victorian Houses Are the Classic Haunted House Prototype. Ever Wonder Why? 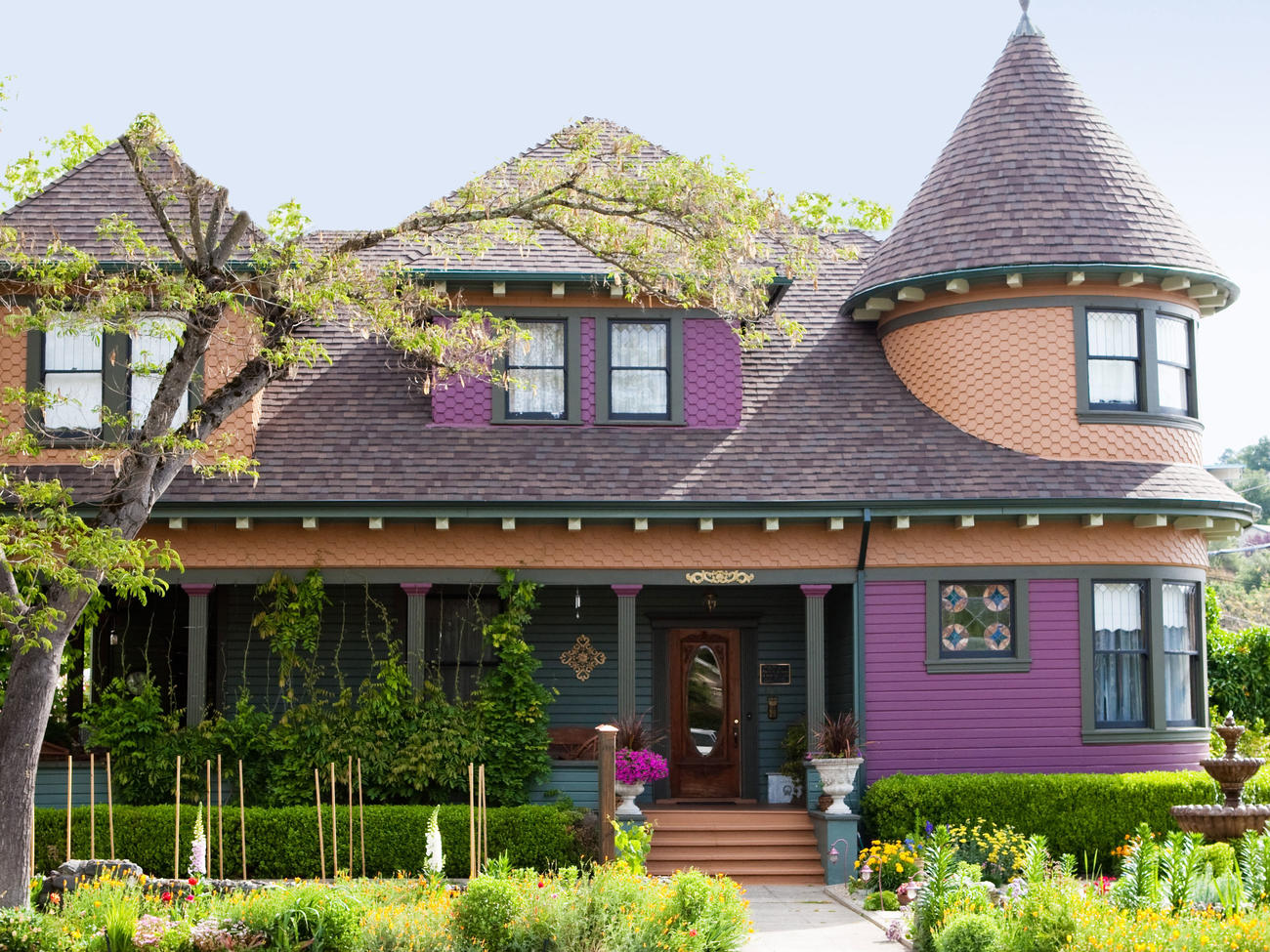 What is it about a Victorian house that makes people think of a spooky mansion? With mansard roof tops, ornately detailed trim, and a tall, narrow style, their beauty is kind of undeniable. From the late 1800s to the early 1910s, they were in peak fashion, and all of that excess “gingerbread” decoration came to symbolize the prosperity and power of railroad tycoons and oil magnates.

The majority of Americans likely first saw the style, which originated in England, around 1875, when the first major Newport, RI Victorian was built. A few buildings in the style were featured at the Philadelphia Centennial that same year. It’s difficult to separate the architecture from the moment in history when it was most prominent. And when you see what follows it on the timeline—modest bungalows in the ’20s, sleek Art Deco in the ’30s and flat-roofed, spare mid-century modernism from the ’40s and beyond—you can almost picture that pendulum swinging.

Grand Victorians became victims of a collapsing economy during the early 20th century, when many of these homes fell into disrepair. They came to represent the imbalance of the United States economy pre-World War II, the very few “haves” versus the multitude of “have nots.” Cut to the Great Depression, when no one had the money to maintain such a grand home, and the picture becomes clearer. Victorian houses were the McMansions of their day, and no one wanted to be associated with their blatant excess.

A full century later, it seems like more homeowners are willing to ditch the universal obsession with an open floor plan and embrace a more decorative, old-fashioned style. And you can find historic preservation zones and pocket-neighborhoods with intact Victorians all over the West, from Sandpoint, Idaho, to Livingston, Montana; San Francisco, California; Logan, Utah; and scattered throughout Colorado.

Whether you love the look or would rather not, the bold, maximalist style makes a decorative statement that appeals to historic preservationists and home restorers who love a challenge. It’s also a cool departure from the more sedate, modern farmhouses and angular modern homes in safer shades of white, tan, and sage green exterior paint colors. The good news? It’s always Halloween ready. No fake cobwebs required.

A Touch of Dark Glamour Transforms a Pasadena Ranch House