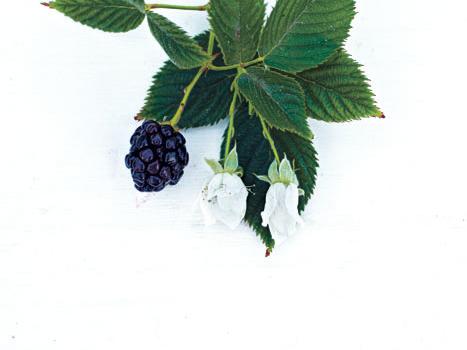 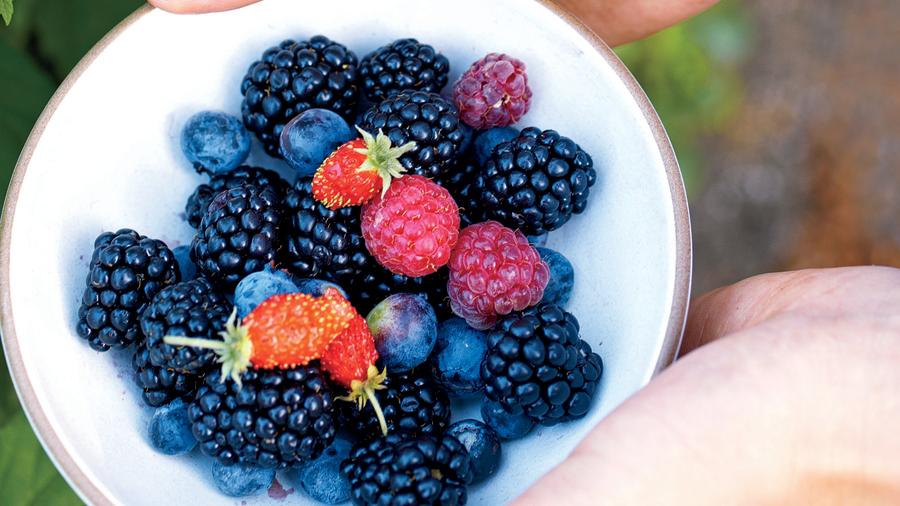 Picking ripe blackberries straight from vine has got to be one of the sweetest parts of summer. And the best part about these—they’re thornless too!

As anyone who has grown blackberries can attest, finding a suitable spot for a tangle of prickly vines in a backyard can present a bit of a challenge. The vines are a mess most of the year, but then just as you consider pulling them out (or attempting to, blackberries are notorious for returning from runners after being removed) you’re rewarded by a harvest of sun-sweetened berries. 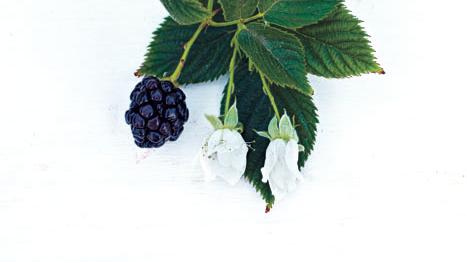 Thornless vines present a solution for the backyard berry grower. And, in our opinion, the ‘Apache’ variety we’ve grown in the Sunset Test Garden is the best one around. In hybridizing for the absence of thorns, the breeders did not give up berry flavor as is so often the case with thornless varieties.  For the last three seasons, we’ve been rewarded with bucket-loads of large, conical-shaped berries with a delicious, sweet flavor. 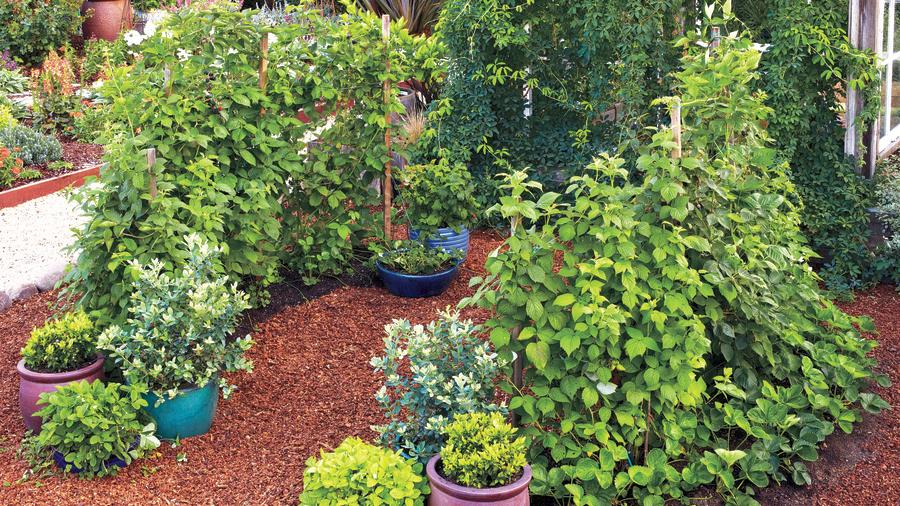 Plus, the vines are not only thornless but they’re also upright-growing, making them easy to trellis into a relatively compact space.  In the shot above from the Sunset Test Garden, I’ve set up a very simple trellis of wire running between redwood stakes. Two ‘Apache’ plants are planted either side of the trellis and their upright canes form the walls of what we’ve come to refer to as the berry room. Fruit is produced at the tops of the canes where the plants receive the most sun—making harvesting berries a cinch as the ripe clusters dangle at shoulder height.

If you’d like to grow ‘Apache’ at home, ask your local nursery if they can order ‘Apache’ or order online for bare-root vines to plant in January. Pick an area with full sun and be sure to add plenty of compost to the soil before planting to give the plants a good start. By next summer, you’ll be enjoying the berries just as much as we do.