Make Your Own Garden Obelisk

Make your own elegant tower for your favorite climbing plants. Get our step-by-step photos 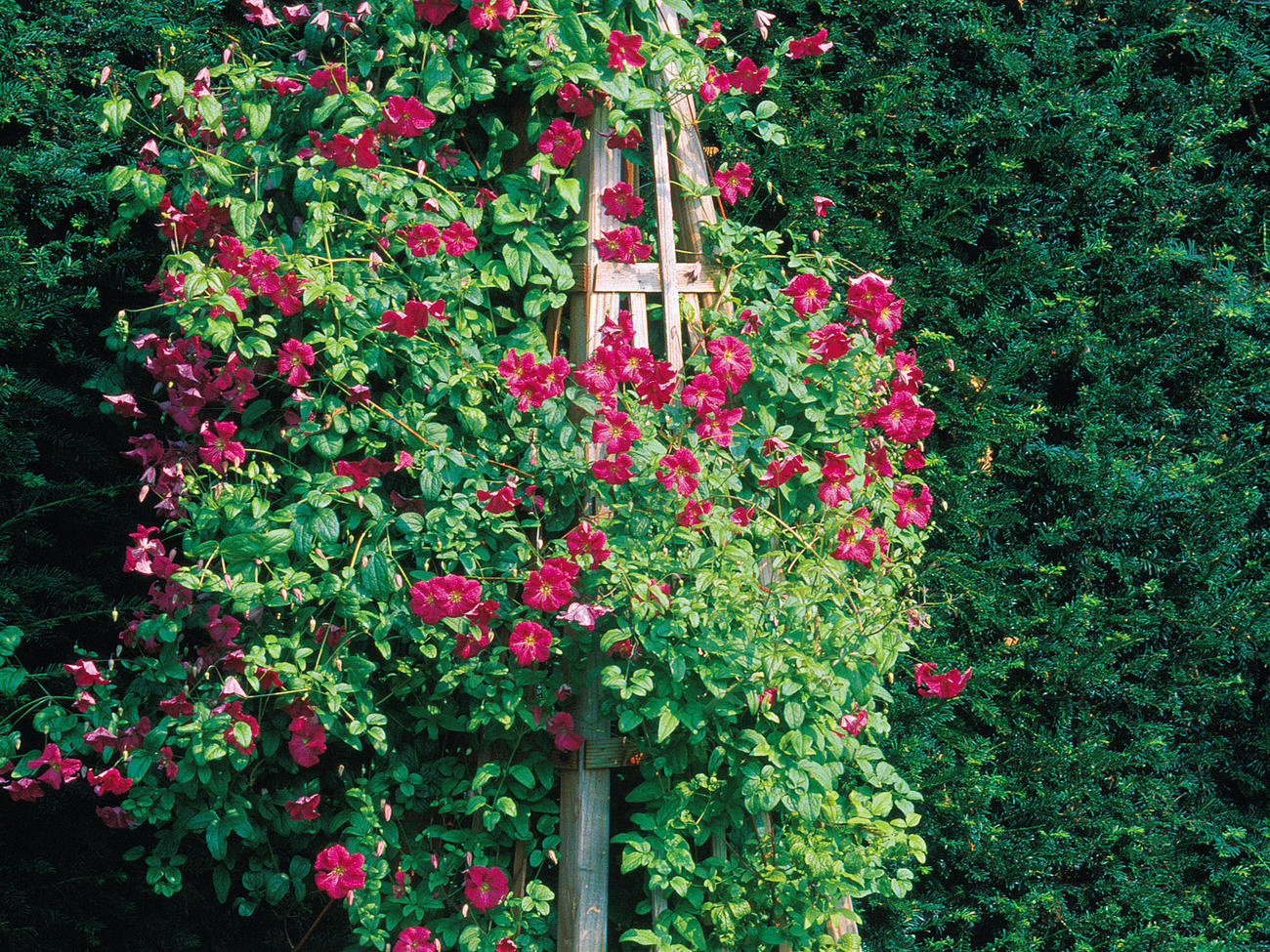 A garden tower with the crisp geometry of an obelisk adds a stunning focal point and a vertical dimension to your garden. Once vines climb onto the obelisk, the contrast between natural and constructed elements will enhance the appeal.

This obelisk is made from pressure-treated lumber, left to weather naturally.

Get our step-by-step instructions

You’ll need the following materials to build the obelisk; see the full article for further details.

Building the obelisk isn’t that difficult if you have good tools and basic carpentry skills. There are some tricky angled cuts, though, that you’ll need to make to get the legs to splay correctly.

The good thing is that even if you are off a little bit, the tower will still work. Because the legs are long, you can flex them slightly to get everything to line up.

Start with a post top with a pointy finial. Then, rip-cut the lath pieces. The gallery photos show attaching with screws, but you can also use power-driven finish nails and staples; don’t attempt to hand-nail.

You can apply exterior wood glue or polyurethane glue to the joints for added strength.

Especially when you are working with ¼-inch lath, which splits easily, countersink your pilot holes. Pilot holes seem like a hassle, but are well worth the amount of time they require. Use a drill bit that is slightly narrower than the screw or nail. The pilot holes countersink the screws, so the heads sit perfectly flush with the board for a neater appearance.

Get our step-by-step instructions

Make Your Own Garden Obelisk