1. Humble Pie Off the beaten path, but so worth seeking out, Humble Pie serves pizza from a wood-fired oven and local beverages out of a… 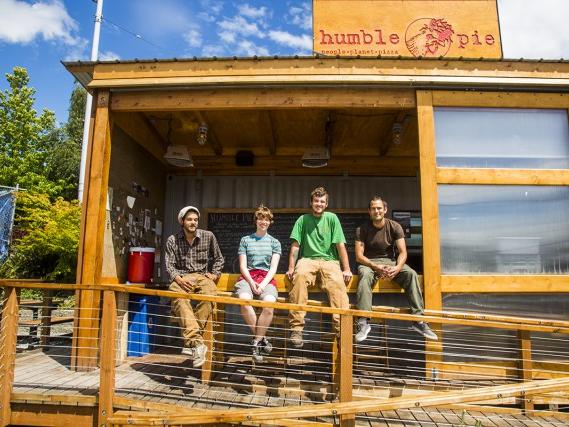 In front of Humble Pie, the team behind it. (Michael Hanson / Sunset Publishing)
Written by sunsunset31 November 1, 2017
Share this story 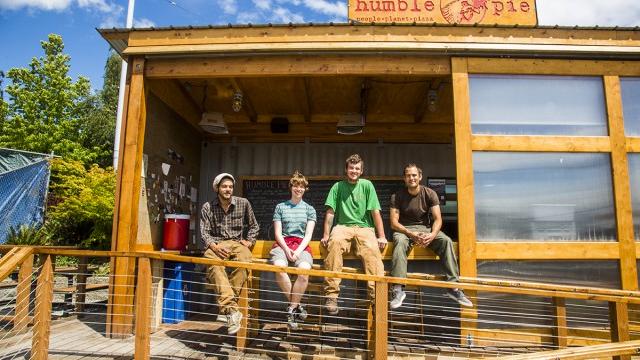 In front of Humble Pie, the team behind it. (Michael Hanson / Sunset Publishing)
1. Humble Pie Off the beaten path, but so worth seeking out, Humble Pie serves pizza from a wood-fired oven and local beverages out of a retired shipping container in the International District. 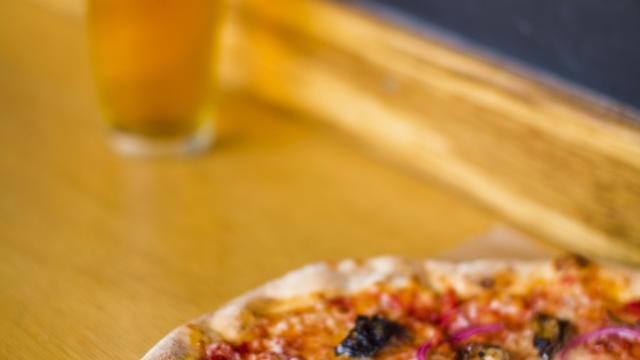 Humble Pie has four rotating taps. (Michael Hanson / Sunset Publishing)
Most of the seating is outside at picnic tables—you feel like you’re in someone’s backyard. A chicken coop provides the eggs topping some of the pies; a rooftop garden, the basil. Our favorite pizza is the apple and spiced walnut with bacon and Beecher’s cheese. $; 525 Rainier Ave. S.; humblepieseattle.com. 2. Hot Cakes The menu at sweets wizard Autumn Martin’s Ballard dessert lounge is like an ode to Willy Wonka: signature desserts, baked to order; grilled chocolate sandwiches; even boozy milkshakes like smoked chocolate with Scotch. Martin, a former Theo chocolatier, has created a space that’s as inviting as the treats: brick-lined walls, reclaimed wood, and a two-seat bar. $$; 5427 Ballard Ave. N.W.; www.getyourhotcakes.com. 3. Elm Coffee Roasters 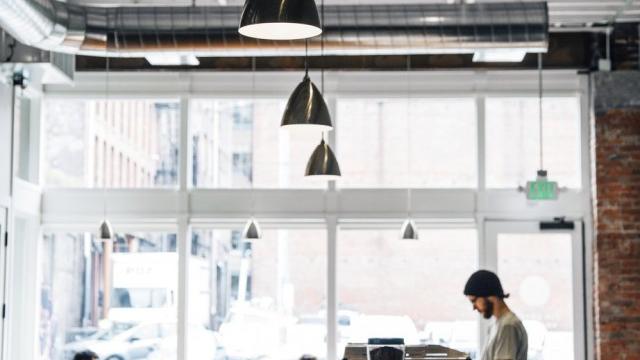 Elm Coffee Roasters. (Photograph courtesy of the store.)
In a city known for its caffeine addiction, Elm Coffee Roasters aims to raise the bar. Owner Brendan Mullally returned to Seattle in 2013 after seven years with Joe Coffee in New York. He teamed up with Stumptown alum Drew Fitchette, who brings well-established relationships with farmers and, often, access to “micro lots” (a farm’s best coffee). The menu lists espresso drinks as well as housemade chai and hazelnut milk. $; 240 Second Ave S.; elmcoffeeroasters.com. 4. Marx Foods What do you get when a continent-hopping, tech-loving food geek opens a grocery? Marx Foods, Justin Marx’s specialty-foods shop in lower Queen Anne. Inside the small store, exotic ingredients like hibiscus vinegar, dill pollen, and maple cream sit neatly on cherry shelves, across from a glass case filled with larded Mangalitsa bacon and other boutique meats. Not sure what to do with that kangaroo steak? QR codes throughout the store connect shoppers to Marx’s vast online resources, including video introductions to unusual ingredients like geoduck clams and fregola sarda (an Italian couscous), and recipes for how to use them at home. $$$; 144 Western Ave. W.; marxfoods.com. 5. SIFF Cinema Uptown 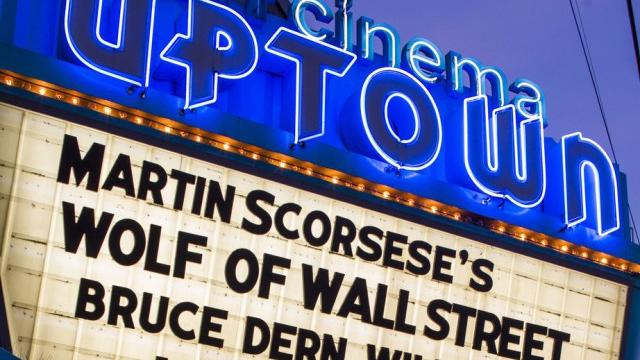