Northern California breweries are not happy with PG&E, and their latest beers show it 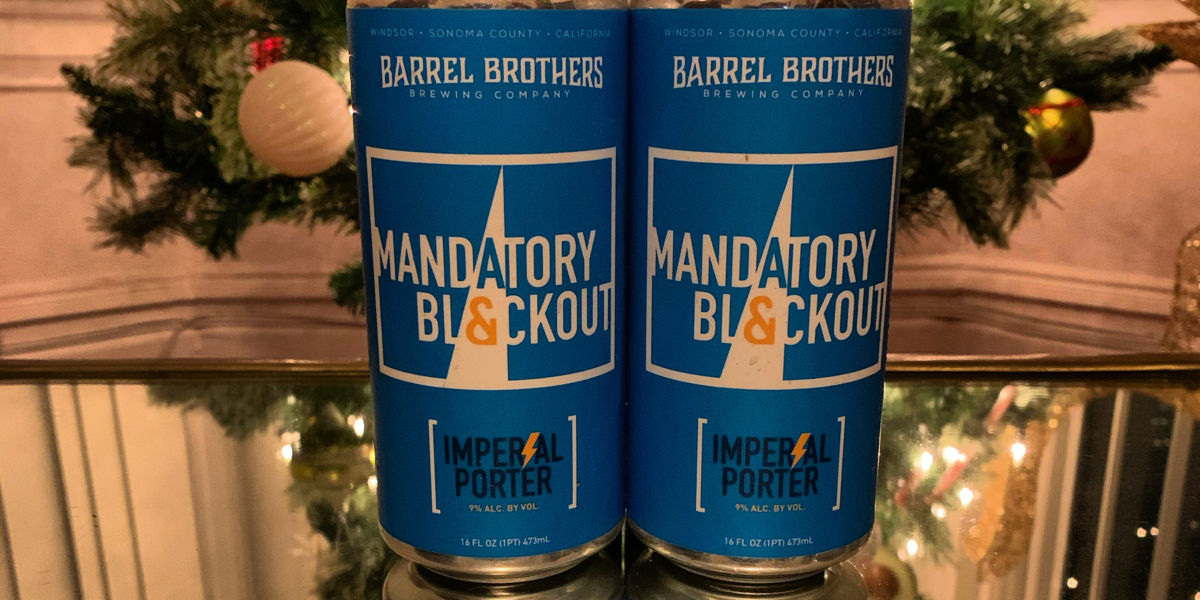 Cultural commentary in beer names is not a new thing, so it’s no surprise Barrel Brothers Brewing Co. is hopping on the anti-PG&E bandwagon. The Windsor, CA-based spot is the third Sonoma County brewery to respond to the PG&E fire and blackout fracas, joining Shady Oak Barrel House and Russian River Brewing Co., both in Santa Rosa.

Sonoma was hit hard by the Tubbs Fire in 2017, and the economic effects are still being felt on the tourism industry, so breweries may have just cause to feel concerned about the blackouts. Sonoma saw the wildfire season start early this year with the Sand Fire on June 8 and crescendoing with the Kincade Fire on October 23. Preventive blackouts were mandated by PG&E in October and November, inspiring the Barrel Brothers’ beer name: “Mandatory Blackout.”

The name rings true in the brew, with dark roasted malts and notes of chocolate, coconut and espresso, and its 9% ABV promises to deliver. “Dry English ale yeast and classic noble hops balance out a jolting ABV, making this go-to beer go down easy, like your power in a red flag warning,” the package reads. “Batteries not included,” it warns. PG&E customers will chuckle at the snarky can design as soon as they see it, since it’s basically a dupe of the PG&E logo, down to its very font style and colors. Flipping the can, they’ll see the words, “Power’s out? Party’s on.”

“The product is flying off the shelves and both Bottle Barn and Oliver’s have requested additional product already,” Barrel Brothers sales representative Mitch Waltenspiel says. “We are thrilled to have such positive feedback from our customers. It’s nice to know we can all laugh together now that fire season is over.”

Russian River Brewing Co., meanwhile, has released a citrusy IPA called Sonoma Pride, the proceeds of which will go to Santa Rosa Junior College Fire Academy scholarships and local fire agencies that waged the good fight against the Kincade fire. You can imbibe Sonoma Pride at Russian River’s Windsor and Santa Rosa taprooms.

Shady Oak Barrel House in Santa Rosa has taken a slightly more direct approach with a beer entitled “F___ PG&E,” a California pale ale with sweet and hoppy notes. Owner Steve Doty was hit with a critical backlash from relatives of PG&E employees, but responded that his beer was directed at the corporate executives at PG&E for not doing more to prevent the wildfires, not leveled at its employees.

Like Barrel Brothers’ Mandatory Blackout, Shady Oak is seeing a lot of willing buyers for their anti-PG&E beer.

“We had a great weekend,” Doty told The Mercury News. “Sales were crazy.”