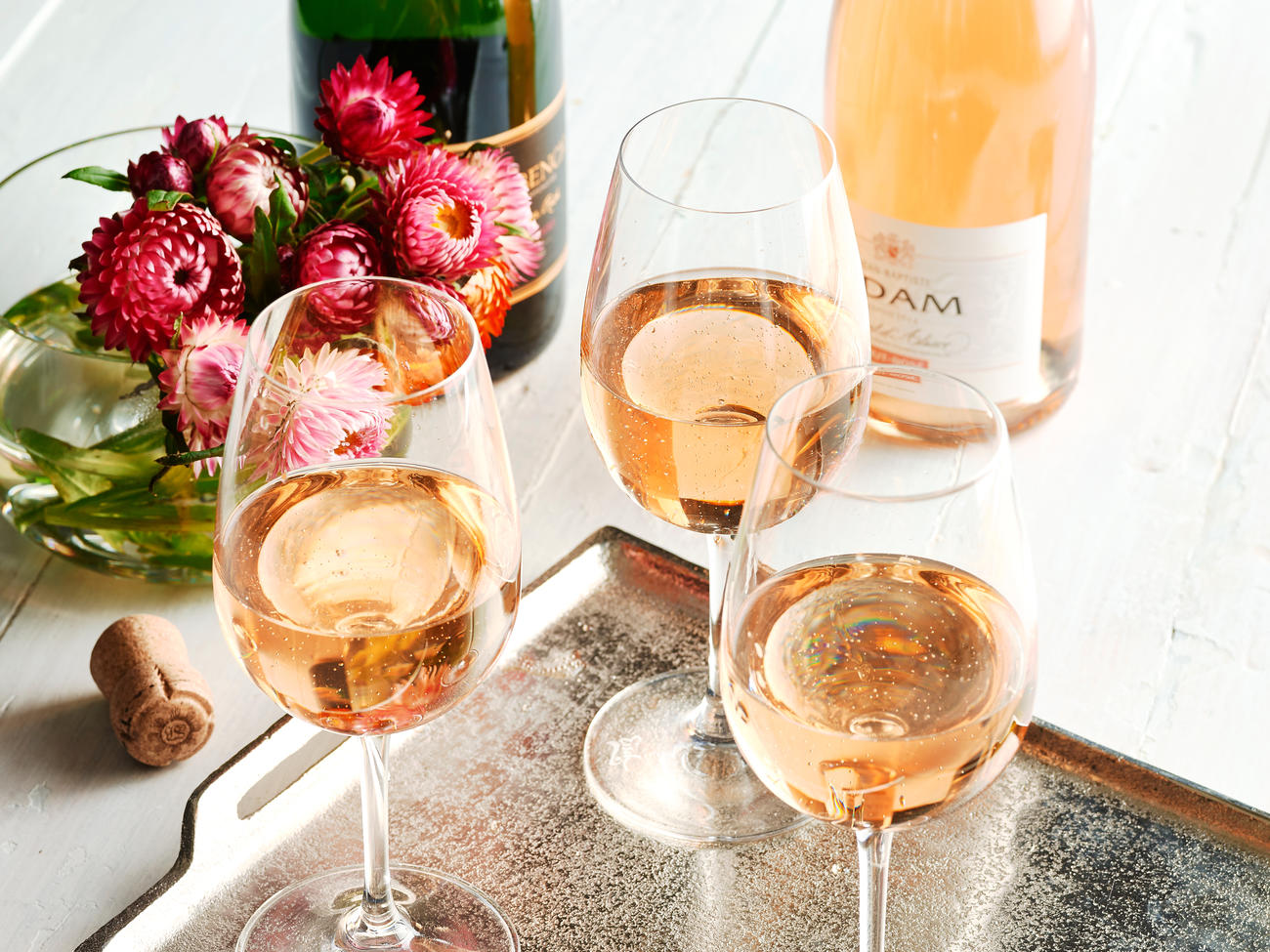 Champagne is the Kleenex of sparkling wine. No matter the brand of tissue tucked into our purses, it’s just Kleenex to many of us. And no matter the provenance of the bubbles in our glass, it’s Champagne—even to many who know that legally, you can’t call sparkling wine Champagne unless it actually is from that legendary region in France. As far as the tissue goes, it’s unclear to me how the one producer came to represent an entire industry. But in the case of Champagne, the canonization is deserved–even if the Champenois abhor the cavalier use of their name: The painstaking and expensive process that produces the best sparklers the world over came to be in Champagne. In broad strokes, the still wine is fermented a second time under pressure in the bottle and allowed to rest there “on the lees,” or sediment, for many months or years, to create beautiful little bubbles and complex flavors.

The good news is that Champagne doesn’t have a lock on fine bubbles. Great regions around the world are producing lovely sparklers, crafted in the same traditional method (as opposed to being fermented in large pressurized tanks to trap the carbon dioxide or, worse, having CO2 pumped into them à la Coca-Cola). And sans Champagne’s reputation, many of these wines offer a refreshing value-to-price ratio. In time for Valentine’s Day, here are three of our favorite lesser-known sources.

The famous appellation might end at the borders of Champagne, but the country’s skill with bubbles doesn’t. Seven French regions other than Champagne produce sparkling wine in the traditional method. The term for these sparklers is Crémant, followed by the name of the place—so, Crémant de Loire or Crémant de Bourgogne. In each region, the grape varieties used are those allowed in their still wines, for variations on the Chardonnay, Pinot Noir, and Pinot Meunier of Champagne. And did I mention the price break on offer without the gold-standard moniker?

A seriously refreshing blend of Chardonnay, Chenin Blanc, Mauzac, and Pinot Noir, with hints of jasmine and tangy grapefruit over an earthy layer of stoniness.

Several years ago my niece, planning her wedding, rang me up for wine advice. She didn’t say, “Can you recommend a Champagne?” Her question: “Can you recommend a good Prosecco?” To her generation, Italy’s affordable fizz was synonymous with all bubblies. But while Prosecco is fun and has a well-deserved place on the leisure scene, its bubbles—which are created by the Charmat method (in large pressurized tanks)—don’t match up to other Italian sparklers. The two wines that should be on the radar are Franciacorta and Trentodoc. Both hail from just south of the Alps, from regions that produce a balance in their wines between vibrant fruit and stony minerality. And they know how to step out in the world: The former is the official tipple of Milan’s fashion week, one of the latter, of our own Emmys.

“Satèn” indicates 100 percent Chardonnay—a Blanc de Blancs. Half of this one is fermented in barrels, resulting in a spiciness wrapped around pear and crisp apple, with a savory ocean-breeze character under all.

Ferrari is the standard-bearer for this up-and-coming sparkling-wine designation, producing elegant wines from mountainous vineyards around the city of Trento. Rich textures and a rush of berries mark this 80 percent Pinot, 20 percent Chardonnay blend, layered with toast  and hints of grapefruit. Think panettone laced with candied orange peel.
Jeffery Cross

The West Coast beyond Northern California

Chilly swaths across southern Napa, Sonoma, and Mendocino have been producing sparkling wine that has rivaled Champagne for decades. Big houses like Roederer (Anderson Valley), Schramsberg, Iron Horse, and Gloria Ferrer deserve permanent spots on any list of the world’s best bubblies. Largely because of the expense involved in the traditional production method, though, the players have remained fairly static—until recently. A handful of co-op crush facilities have made it possible for smaller wineries to jump into the game. The happy result is a range of bubblies from the rest of the West offering new character. Like the historic few, these aren’t trying to be Champagne; the West Coast is warmer during the growing season than northern France. And they’re not necessarily cheaper. But they’re a wonderful reason to keep reaching for bubbles.

A mix of 80 percent Pinot Noir and 20 percent Chardonnay, this has the strengths of both—rich strawberry and cherry flavors balanced with pear, almond, and tart citrus zest.

Vibrant bubbles carry subtle cherry under refreshing apple, lemon, and grapefruit in this impressive sparkler out of New Mexico.

This wine has a refreshing ocean breeze quality with delicate but rich red fruit set off by floral notes and a kick of orange peel.