Confession: I’ve never cooked with turnips. In fact, when our test garden coordinator, Johanna Silver, brought in a big bunch ... 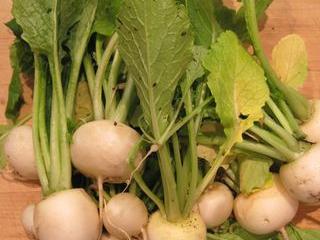 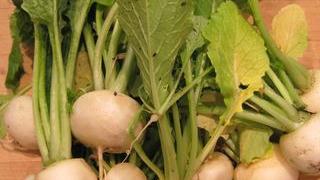 Confession: I’ve never cooked with turnips. In fact, when our test garden coordinator, Johanna Silver, brought in a big bunch of fresh-from-the-earth ‘Tokyo’ turnips, I thought they were radishes. This type in particular is known for being extra mild and sweet when cooked; they’re sort of a chef’s darling these days.

What do you do with turnips?  Margo True, our food editor, suggested braising, which sounded appealing. In the end, I decided to fuse braising with grilling by putting the turnips in a foil packet with a little yellow miso, soy sauce, sugar, and water and sticking them on the grill. They turned out juicy, tender, and sweet, although they took a lot longer to cook than I had expected. 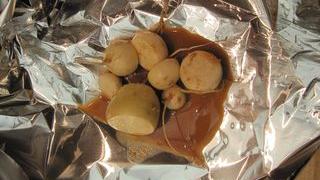 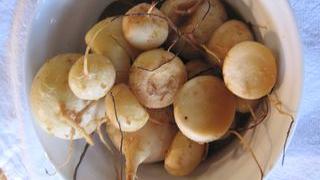 24 small, cleaned ‘Tokyo’ turnips (any type will do—just cut them into chunks if they’re large)

Prepare a grill for indirect heat (we’ve been testing camping recipes for an upcoming story in the magazine, so we’ve had a lot of grills going). Divide turnips among sheets of foil, curl up edges, and divide miso mixture among packets. Seal to close (making sure your crimp faces upwards so you don’t lose any juices). Grill packets until turnips are tender, about 1 hour, (you’ll need to peek inside a packet and test them with a knife).