Team Tea has, we'll admit, been a little slow getting off the ground, but hey, cut us some slack. After all, there's been a serious deart... 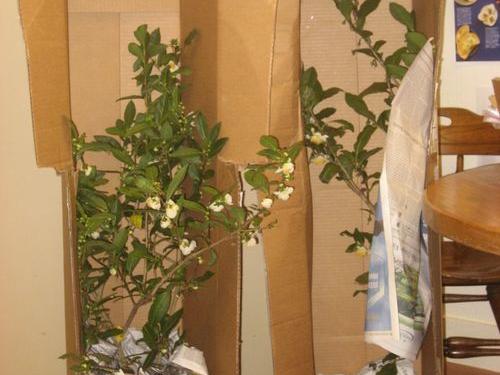 Team Tea has, we’ll admit, been a little slow getting off the ground, but hey, cut us some slack. After all, there’s been a serious dearth of One Block caffeine around here…

Now, however, we have big news to share: We are the proud possessors of a trio of three-year-old tea bushes! It took a little searching; the Oregon farm we’d heard about did have some plants, but they were babies, only a year old. Since everything we’d read said that you shouldn’t start harvesting the leaves till the plant is three, we kept looking till we found a camellia nursery in North Carolina that had lots and lots of tea bushes (Camellia Forest Nursery, in Chapel Hill).

Now, you tea buffs out there probably already know this, but all true tea comes from one species of plant: Camellia sinensis. What was news to us was that there are different varieties; being in a Goldilocks mood, we ordered a small-leaf bush, a medium-leaf bush, and a large-leaf bush. A couple weeks later, three tall cardboard boxes arrived, each containing a slightly bedraggled plant—and, in one case, a mystery beetle that our county extension agent had to get tested, to make sure it wasn’t going to wreak havoc on Northern California. (Meanwhile, the bushes cooled their heels in my office.) 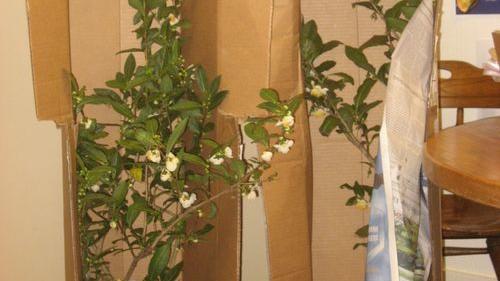 Once the beetle was declared benign, our gardening saviors Julie and Johanna took charge of the bushes, lugging them outside to get them used to their new NC home (as opposed to their old NC one!), and eventually moving them into these lovely pots. 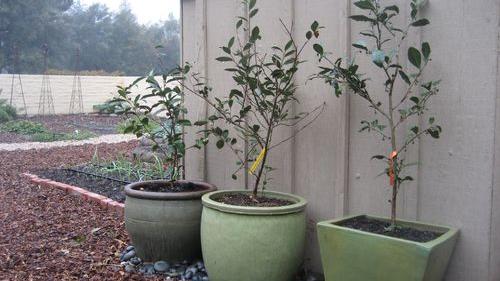 It’s going to be a little while yet before we can harvest the first leaves, which will give us time to figure out how, exactly, we’re going to make tea out of them. Meanwhile, if you’re getting impatient, see if your local library has a copy of Jason Goodwin’s book A Time for Tea. It’s been out of print for a while, but Goodwin’s a fantastic, funny writer who makes the history of the tea trade (and the industry today) read like a mystery novel. (Which makes sense, given that he also writes mysteries.) And if anyone out there has ever picked and processed their own tea leaves, let us know—we need all the help we can get!