The Beach Tractors are a group of young families in Morro Bay, on California’s central coast. In the course of this One-Block Part... 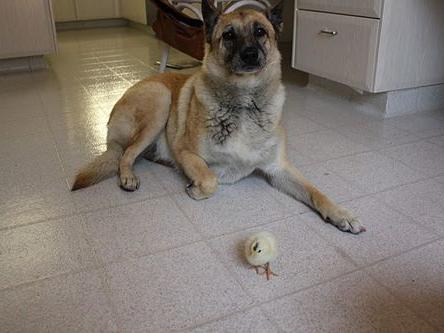 The Beach Tractors are a group of young families in Morro Bay, on California’s central coast. In the course of this One-Block Party contest so far, they’ve replaced concrete slab yards with edible gardens, seeded an oyster bed, and planted a rooftop garden. Their party plans include a whole separate children’s menu—grown in gardens the children tend themselves. Of course, there will be an adult feast, too. They are keeping their own active blog. This post catches up with the Tractors at the end of June.

As I imagine as with all teams, the Beach Tractors have been amazingly busy and productive.  Both our meat birds and goats arrived this month. The 9 chicks—all Cornish game hen crosses—are being raised indoors, and we’re debating whether to move them outside. They’ll be nearly full-size by then (they grow very, very fast), and it doesn’t seem worth the time, money, and effort to build a chicken coop just so they can enjoy two weeks outside before we need to slaughter them. 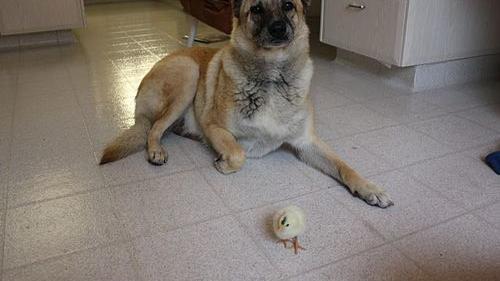 Amy Burton is raising the meat chickens, with the help of
Addie the guard dog (who really does guard the chickens).

The arrival of the goats—they are Nigerian dwarf goats—has been fun beyond belief. After searching Craigslist forever for a milking goat and kid, and not finding them, we decided to borrow goats from Meleah, the woman who provided most of our compost. Meleah owns a nursery (N’credible Edibles) and offered to let us try out two goats. She even delivered them to us. Very nice!

Before the goats arrived, we had to make sure they would be secure in our side yard. For $50 we bought 150 feet of chain-link fencing and installed it perfectly. However, after we went inside the house to rest, we wondered why the phone and Internet were not working. Well, I had sliced the buried phone line in half while digging the holes for the posts. 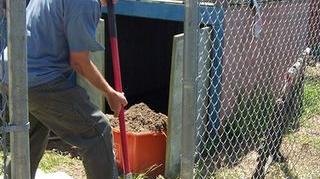 Me, trying to find exactly where I sliced through our phone line.
(Photo by Abby Diodati)

Mama and Baby, the goats, arrived on a rainy day (why does it never, ever rain in June until of course we have to grow food for a contest?) and one of the first things we did was take them for a walk around the neighborhood during the Morro Bay Triathlon. It was absolutely hilarious to see the looks on the exhausted faces of the runners, many of whom were probably wondering whether the fatigue was making them hallucinate. 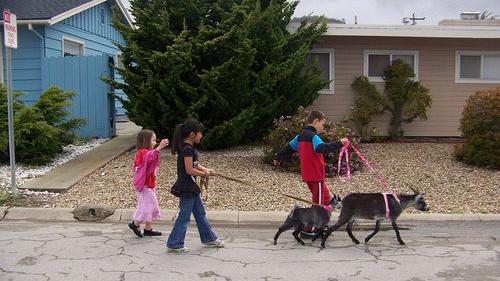 Mama and Baby, out for a stroll. (Photo by John Diodati)

We got the goats for milk, but haven’t successfully milked Mama yet. The combination of her stubbornness and our ignorance make for a funny scene. Meleah is going to teach us how to milk her soon. 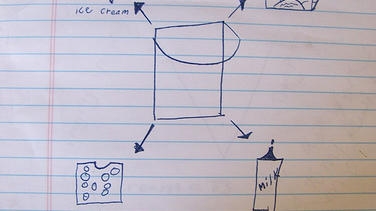 Goat tours, compliments of a kid’s brain. What you get from a goat:
Your choice of ice cream, a photo in Sunset Magazine, milk, or cheese. Prices vary.

In the meantime, we have been receiving milk from the local schoolbus driver, who raises goats on her property. We’ve made a few batches of yogurt and cheese in preparation for the OBF.

We are still shaking those suckers in their bags twice a week, the way Neal Maloney of Morro Bay Oyster Company taught us. This is one of the hardest projects we’re attempting. As I drove to work early one morning, I saw my neighbor, having just returned from an oyster-bag shake, covered in mud.

Spring on the central coast is always windy, but this spring has been one for the record books. Last weekend, our family canoed to the oysters only to find our five bags in a jumbled mess. They had blown into another row of oysters and gotten tangled. Everything is now fixed, though, and it looks like we haven’t lost any oysters. 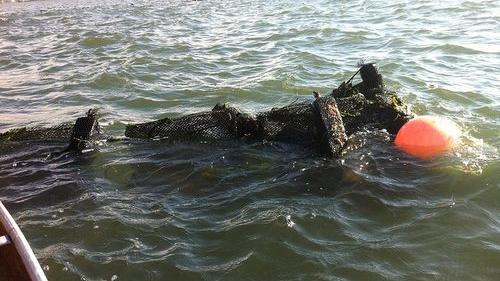 The barley is tall and healthy. Although the hops vine started off strong, the June rain seemed to have stunted its early growth. 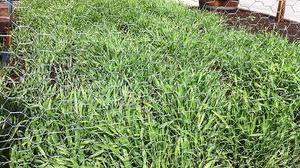 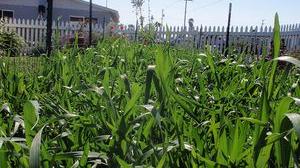 In Dave Smith’s garden, a brave attempt to grow sugarcane: 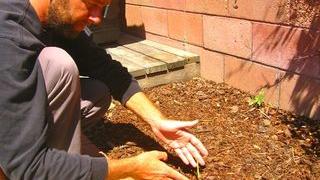 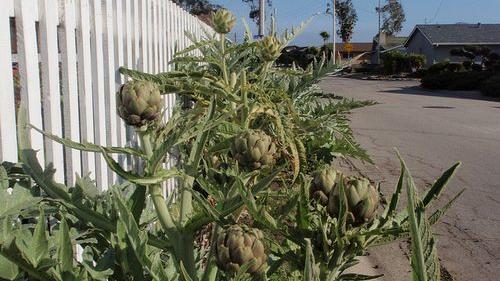 All of our veggies look healthy, but the fog arrived two days ago—bringing June gloom. So we’re going to have to watch out for mold and other fungal diseases. The Muff family pickled all these artichokes the other day.

Dave Burton, our mad scientist, is willing to try to make veggies grow in our coooooool coastal climate, and to do so he uses a hoop house, which I love. He puts three or four layers of blankets on it every night and monitors it with a remote thermostat. 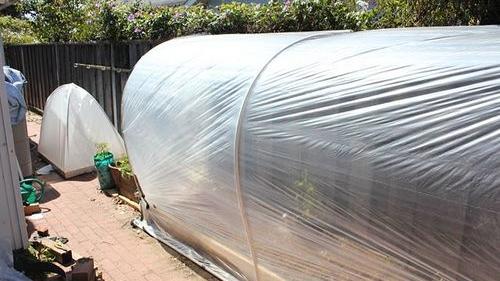 Just about everyone has some sort of greenhouse going this year, so hopefully our plants will stay strong and produce in time for the feast. If the fog is persistent, July’s update could be depressing!

Children with sunflowers are always uplifting, though. These are the Muff kids (the blondes) with a friend. 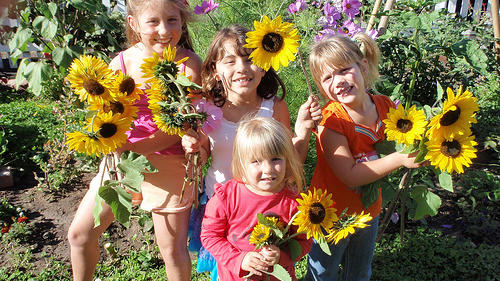 And our Kid’s Garden is shining bright. It has tables where the parents can sit and chat, and plenty of room for the kids to run around. 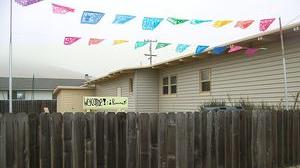 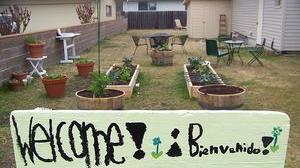