Red or green chile oil—is one hotter than the other?

I was chatting with our head gardener, Rick LaFrentz, in the garden the other day while inspecting his potted peppers. He has a few ... 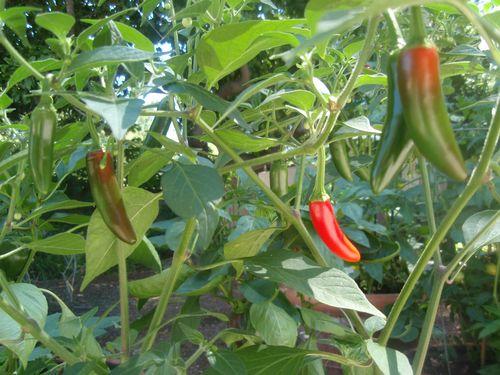 I was chatting with our head gardener, Rick LaFrentz, in the garden the other day while inspecting his potted peppers. He has a few varieties growing, but I was looking at the serrano, which is what I typically use when I want a bit of heat in my cooking. When I get serranos from the store, they’re usually green. But on his plant, some were green and others were starting to turn red. That got me thinking about the enormous number of chile varieties, the different names a chile can have depending on whether it’s fresh or dried (and sometimes its region), and how they can range in heat. 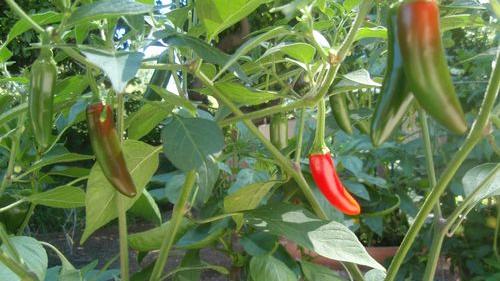 Let’s start with this plant. There are a bunch of green peppers on the left and some others in the back. But see how one is fully red and the other two are just starting to change near the stem? Does the ripeness affect the flavor or heat level? Why are they usually green in the store? 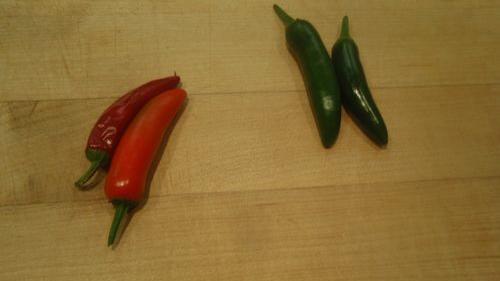 I picked two reds and two greens and decided to do my own test to see if they were any different in flavor and heat. But how could I test them without tasting them raw or masking the flavor and intensity by cooking? Rather than turning them into a salsa or something with multiple ingredients, I decided to make chile oil. You know, the stuff on the table at Asian restaurants that tastes so amazing? 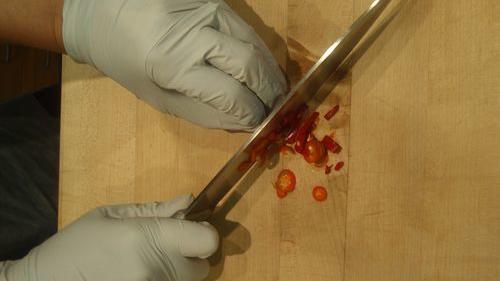 I started by slicing the red serranos. Notice the gloves? That’s so I don’t get the natural oil from the chiles under my fingernails or absorbed by the tips of my fingers. Once that happens, you will get a bit of heat on everything you touch. Nothing hurts worse than chile in the eye, right? 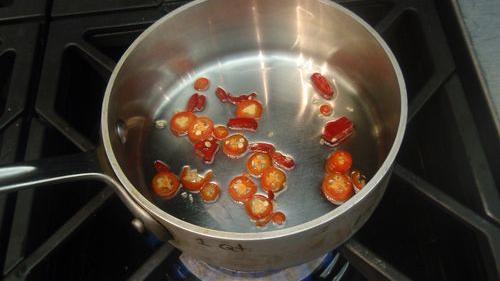 Then I cooked the chile slices in about 1 tbsp. vegetable oil. I used vegetable oil rather than olive oil because it’s flavorless and will help the chile flavor remain pure.

Once the chiles were softened and gave off a spicy aroma, I removed the pan from the heat, added another 1/2 tbsp. oil, and then transferred the mix to a measuring cup. I did the same thing with the green serranos. However, when the green chiles cooked in the oil, the air was noticeably hotter and almost made my eyes water. We’ll see if that’s an indication of which is hotter in the end. 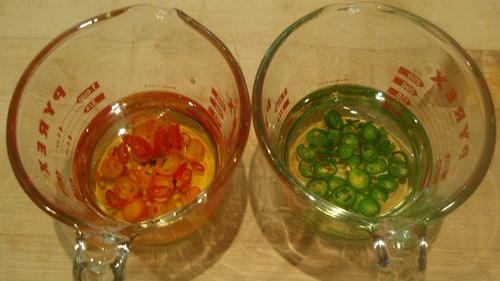 The red serrano oil is already starting to take on an orange tinge. Now I’ll cover both with plastic wrap and let them steep. My plan is to check them often and see how the flavor and heat changes for the next few days. The winner will be used on a favorite Vietnamese recipe.

Check back in the next week or so to see how my test is going. Let’s hope it turns out better than my olive curing experiment.

Anyone want to wager what the results will be?