It has been suggested that I like to visit Kauai because it is overrun with chickens: a charge I steadfastly deny. Nonetheless, the islan... 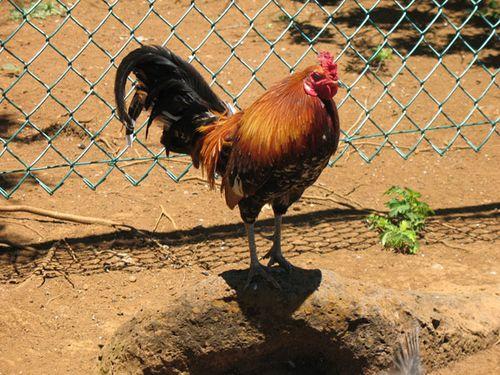 It has been suggested that I like to visit Kauai because it is overrun with chickens: a charge I steadfastly deny.

Nonetheless, the island is unmistakably overrun. Along with hotels, beaches, and people’s houses, 1992’s Hurricane Iniki smashed chicken coops (both backyard coops, and—allegedly—cockfighting operations) releasing upon the island an onslaught of feral fowl. 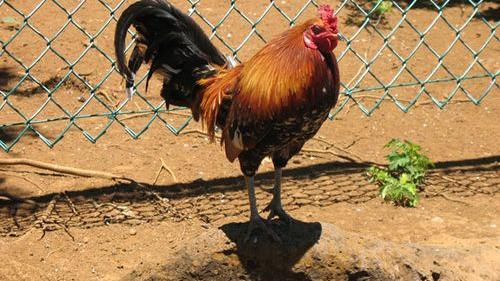 To visitors, the chickens are mostly benign unless you are especially sensitive to early morning noise, in which case you might want to invest in earplugs. The roosters start crowing shortly before 5 a.m.

Even up in Koke’e State Park—formerly the begging grounds for Hawaii’s endemic goose, the nene—chickens appear to have taken over. (Nene are relatives of Canada geese whose ancestors arrived in Hawaii some 500,000 years ago and then realized that there’s really no reason to go back to a less tropical climate. Life is fine in Hawaii, after all.) 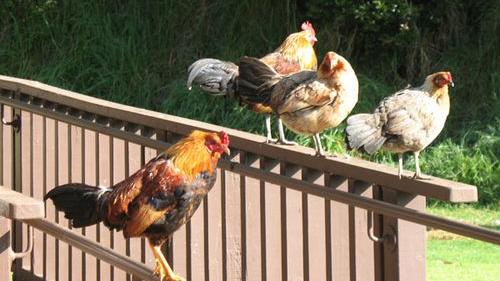 Seeing all these chickens—zillions of mother hens and chicks, it seemed—it made me curious about what wild chicks eat.

If you are a human, raising chicks is a stern process. You feed them chick scratch and water enhanced with electrolytes and antibacterial medication; you do not vary from this ascetic, if nutritious, diet unless you want sick chicks. Sick chicks are a serious matter; they can go downhill fast.

But hens-in-the-wild: How do they feed their little ones? In Kauai, they seem to be doing pretty well, marshaling their broods across the hot asphalt at the Walmart in Lihu‘e. 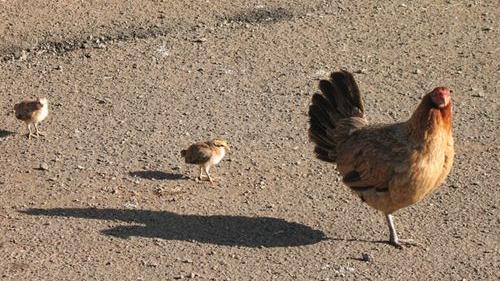 Turns out that in the wild, mother hens don’t feed their chicks themselves, and they don’t regurgitate food like parrots or sparrows. Baby chicks don’t need to eat for 24–36 hours after they’re born. At that point, they’re mobile, and the mother hen leads them to food and teaches them to scratch and forage. 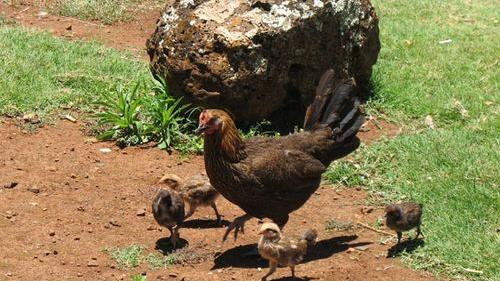 You enter the real world quickly if you’re a wild chick, I guess.