I’ve been on a tart kick lately. There’s just something about the process of making dough, rolling it out, and presenting somet... 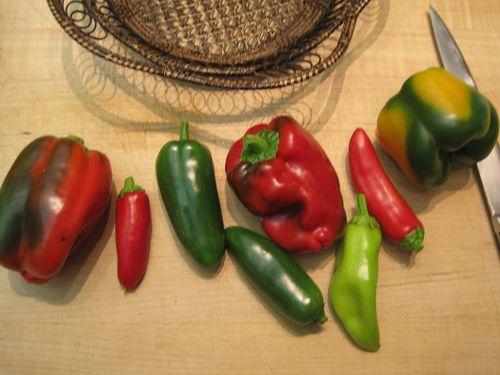 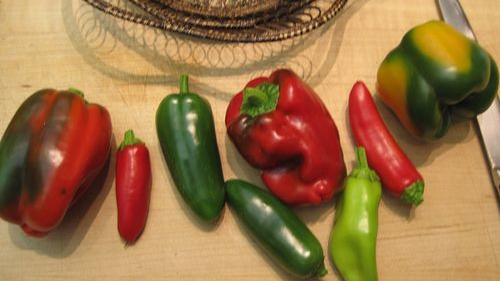 I’ve been on a tart kick lately. There’s just something about the process of making dough, rolling it out, and presenting something so elegant that’s incredibly satisfying and calming. And so when I walked around our outdoor kitchen and noticed an impressive pepper assortment, I thought, why not make a pepper tart?

Look at these beauties: 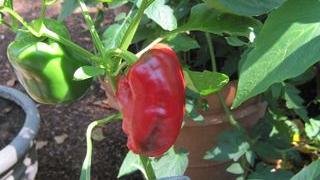 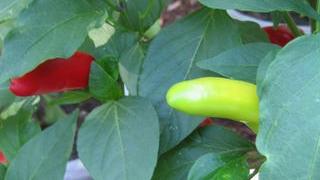 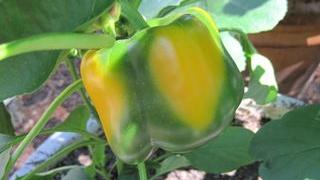 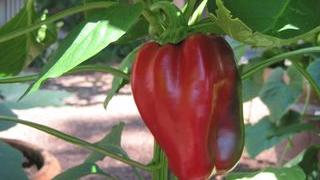 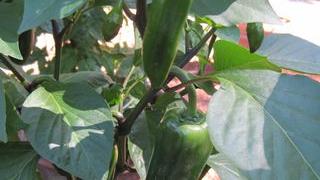 To make the tart, I collected a variety of peppers and sautéed them so they’d be tender. Then I tried a trick I’d used at home for a tomato tart. Instead of making the usual custard filling, I combined a mixture of cheeses and basil with just enough mayo to moisten, spread that in a tart shell, and topped the whole thing with all the peppers. I baked the tart until it was light golden, let it sit a few minutes, then cut it into wedges. 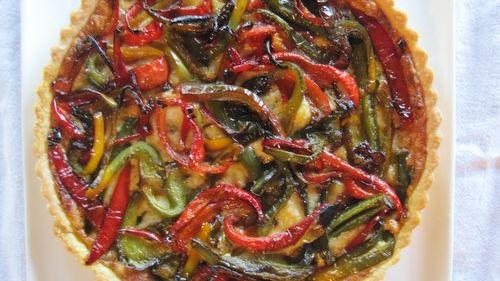 If I do say so myself, the result was delicious—the sweet, citrusy, and spicy peppers added depth and played nicely against the cheese, and without the custard, the texture was like a pepper pastry. Margo, our food editor, thought the only thing missing was a nice cold beer. Mmm …

Here’s a rough idea of what I did:

About 1/3 cup mayonnaise (or just enough to moisten)

Assorted peppers (I used about 7 of varying sizes), seeded and sliced

1. Preheat oven to 400°. Stir together cheeses, mayo, and basil in a medium bowl to blend.

2. Sauté peppers in a large frying pan over medium heat with oil until just barely tender, about 5 minutes.

3. Line a 9-in. tart pan with pastry, pressing into sides; trim excess along rim. Spread cheese mixture on top of pastry and evenly top with peppers. Sprinkle with salt.

4. Bake tart until light golden and set, about 40 minutes. Tent with foil if the peppers begin to get too dark. Let stand about 10 minutes before serving.