Paradise on earth, that is. Our scheme to get him out of the henhouse has been a total unexpected triumph. It didn't look good initially... 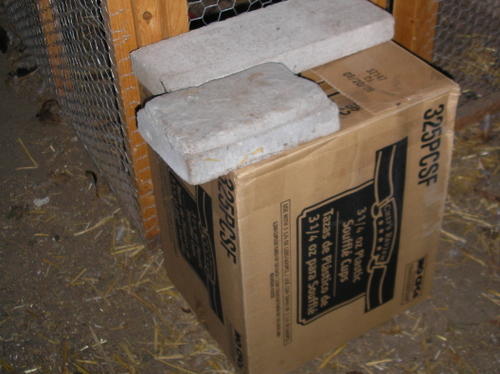 Paradise on earth, that is. Our scheme to get him out of the henhouse has been a total unexpected triumph.

It didn’t look good initially, though. When we crept out to the henhouse after dark, Nugget had gone to sleep not on the floor of the henhouse as usual, but way up on a perch.

Drat! Now we’d have to knock him off the perch. Gently. It seemed impossible. Surely we would wake up every chicken in the place and cause a feather tornado.

Somehow, it worked. Chickens really do become comatose when they sleep. We used a long stick to kind of topple Nugget off. He landed with a fat thump on the chicken-wire floor and then staggered over to the exit, where we poked him till he pflumphed into the box held tight over the door. He was sort of sweet, like a sleepy toddler. We immediately taped up the box and then put some bricks on it. Maybe overkill–he’s not exactly a raging gorilla–but we didn’t want to get pecked. 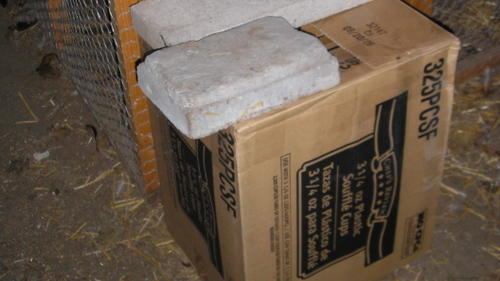 Then we hauled the box (surprisingly light, actually) into a back room inside so that Nugget wouldn’t wake up hearing the hens and be frantic to get out. We wrote his name on the box. Then we left.

Early the next morning, Pat McCarty arrived to hear Nugget cockadoodling briskly from inside the box. Here he is in the back of her car: 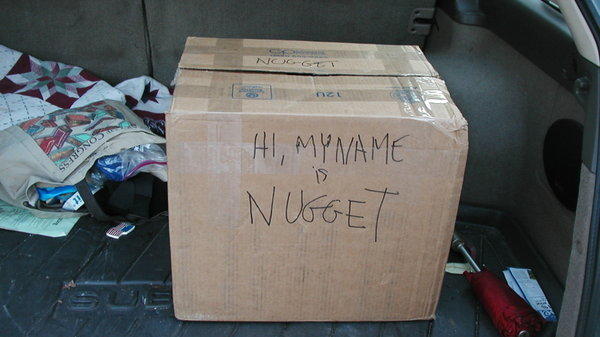 In San Jose, she handed him over to Tina. Boxed Nugget joined several other rescued roosters on their way down to San Juan Bautista.

Tina with her cargo. 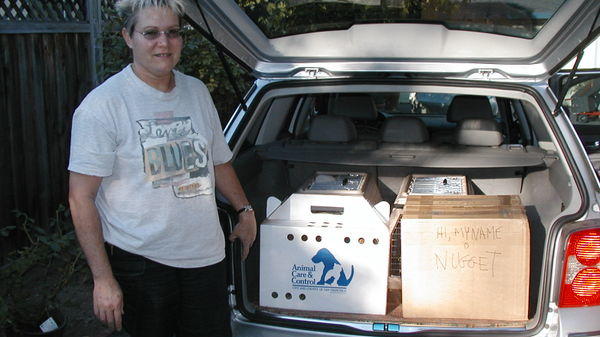 It must have been lively in the back of that car.

Nugget arrived safely. Tina took some shots of his fellow boarders in SJB: 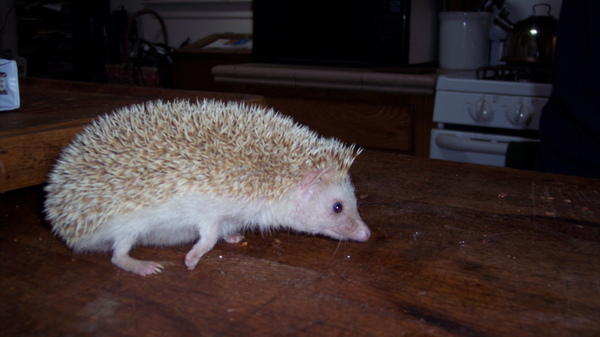 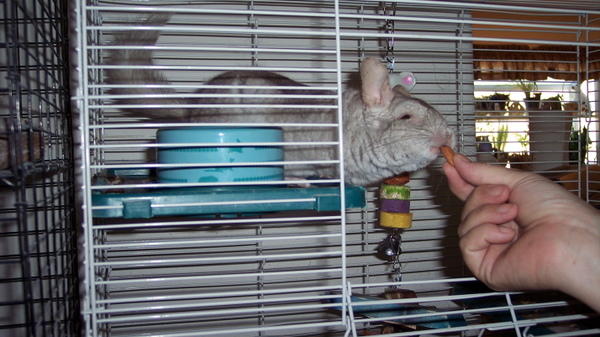 One of the three chinchillas.

Stunningly, Nugget behaved himself so beautifully that his new owner decided not to send him to the bachelor orchard but to keep him herself, with her own flock of docile hens! She actually used the word “tame.” Caramba. “She has seen some mean and wild roosters, and Nugget is NOT one of them,” reported Tina. “Lucky Nugget!! He’ll have plenty of open (and protected space) and still have some of his own ladies.”

Well, glory be. He gets to live and have a harem, too, in the country. He’s in rooster paradise.

I leave you with Nugget, tamed. 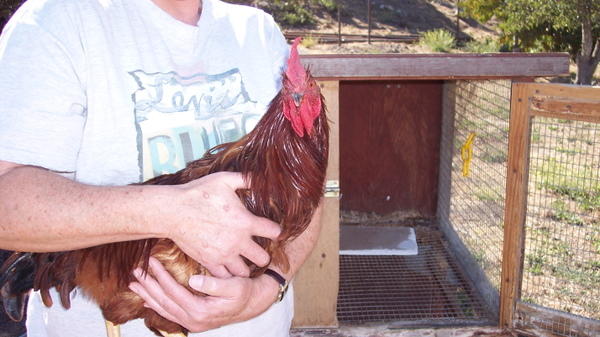