A little background in case quinoa is not yet a staple in your diet: Quinoa is a wonder food. It is grown mostly for its edible seed (not ... 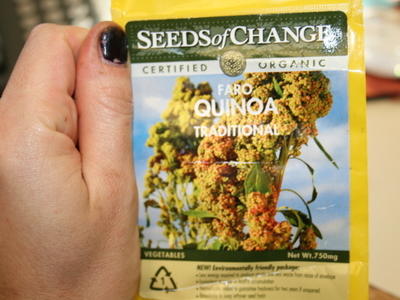 A little background in case quinoa is not yet a staple in your diet:

Quinoa is a wonder food. It is grown mostly for its edible seed (not a grain, as it is often mistaken, because it is not from a grass) though the leaves are also edible. Loved by many because it is a complete amino acid, quinoa is unusually high in protein for a seed.

We wanted to experiment with including some as part of a winter feast.

Quinoa is indigenous to the high, dry climate of the South American Andes and thrives in places where the temperature stays under 90 degrees.  So while Menlo Park isn’t necessarily high, it is moderately dry and definitely mild. Additionally, Seeds of Change has developed a variety, Faro, which is particularly well suited to sea level. 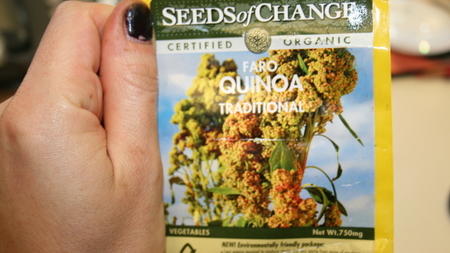 The problem? We didn’t realize we wanted it until September and quinoa is best planted in April or May.

Being the test garden we thought, why not give it a go? 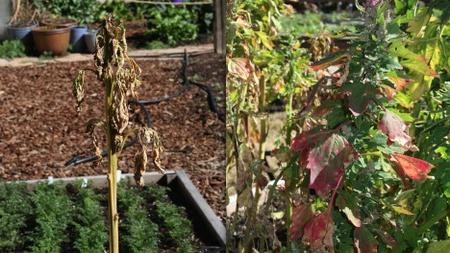 1. The frost hit hard.  Quinoa can endure a light frost, but the plants areusually much larger by the time the frosts roll in. These were merepups when the cold came. I don’t think they could handle thechill on their baby stems.

2. Quinoa is sensitive to day length. The foliage grows and grows whilethe days get longer, and seed formation (reproduction) is triggered after the summersolstice, as the plant prepares to die. Planting it in September threw them for a loop. They only grew about two feet before forming seeds, but the seed head wassmall and not very robust. (They’ll grow over four feet tall if planted properly.)

I guess that’s why we call it the test garden.

Lesson learned: Don’t try to cheat the seasons. Plant your quinoa from seed in April or May.