Local reading, the nonlocal edition: The dawn of “localwashing”?; Salt Lake’s No. 1 local food is Jell-O?!

Big Snack gets in on the local movement: Your heart-of-hearts definition of "local food" probably doesn't include anything that comes... 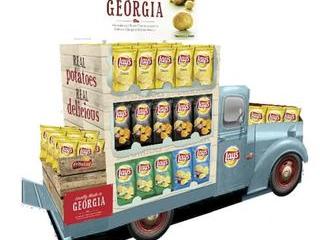 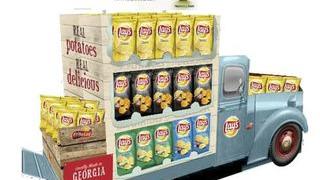 Big Snack gets in on the local movement: Your heart-of-hearts definition of “local food” probably doesn’t include anything that comes in a crinkly mylar bag, but the fact remains that potato chips are an agricultural product. Made of actual potatoes. This truth has also not escaped the folks at Lay’s, who make the chips in the iconic yellow bag.

Their new campaign, launched two weeks ago when potato farmers rang the opening bell at the New York Stock Exchange, is moving to local festivals and fairs all over the country this summer. Frito-Lay wants you to know that potatoes for its chips are grown in 27 states; at least one of them is likely to be near you, right?

The “Lay’s Local” campaign is trying to associate themselves with the local-food movement: Their product seems fresh (grown by potato farmers in California! and Maine! and Florida!), and it gains a whiff of the wholesomeness of the get-your-hands-dirty folks who have been pushing for local food on blogs like this one. In response, some local-foodies have started throwing out the term “localwashing,” a relative of “greenwashing” (when you try to make your product seem more environmentally conscious than it is).

Except after you polish off a bag of Lay’s (and we all have; don’t lie), you don’t end up with dirt under your fingernails—just that greasy, salty, potato chip residue.

Related: Breaking news! Pringles, despite the fact that they’re only 42 percent potato (that is true) are officially potato chips according to the British supreme court. (The Brits charge an extra tax for “crisps,” as they call their potato chips; the UK Procter & Gamble was arguing they didn’t have to pay it because their product is not a chip.)

Have we completely lost our minds about the word “local”? Browsing Salt Lake Magazine’s Utah Locovore 100 list was quite a treat. Even if their No. 1 local item is Jell-O. (Wait, what?)