Attention readers: If you’ve ever made salt, please let us know how you did it! Read on... By Margo True, Sunset food editor Fro... 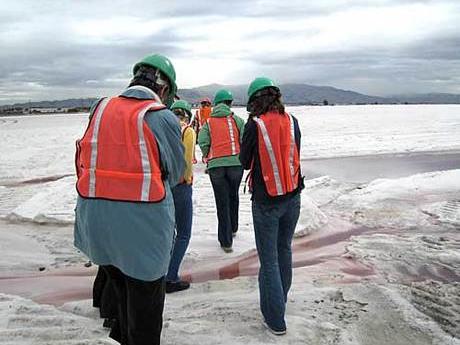 Attention readers: If you’ve ever made salt, please let us know how you did it! Read on…

From the first moment of planning our one-block feast, we knew we had to have salt to season the food. Luckily, Sunset is about 11 miles from a network of giant salt-evaporation ponds owned by Cargill. So newly formed Team Salt set off one chilly morning to explore our local salt and then see about bringing some back for the feast.

What we saw—and walked over—looked like the surface of another planet: giant lakes of syrupy reddish brine and snowy fields of salt, cut by rivers of the same weird-looking brine. (Salt-loving algae in the brine create this color. At a less salty stage, the ponds are orangish from zillions of brine shrimp, which love that exact salinity. Brine shrimp are otherwise known as sea monkeys. Remember them? From when you were a kid?)

It takes five years for San Francisco Bay water, guided into the ponds, to crystallize into salt. 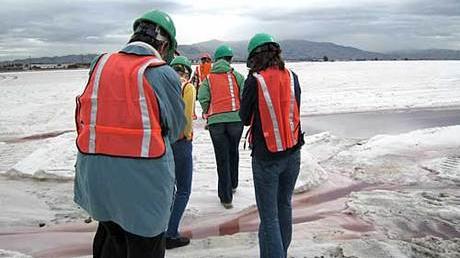 To one side rose a mountain of salt with a tiny-looking funnel on top, pouring on fresh salt. That end still had a tinge of pink. The other end, having dried for months, was pure white. (Rain sheets off the crust that forms on the outside.) 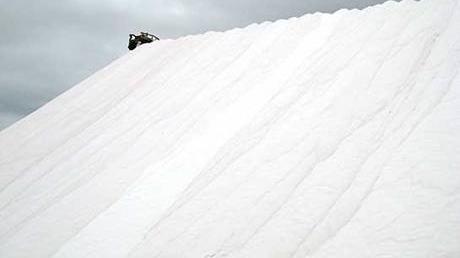 In the main building, we listened to Cargill’s PR person, Pat Ludis, as she described some of the 14,000 uses for salt—yes, that’s 3 zeros behind the 14! Apart from all its food uses, salt pulls dye into clothing, cures leather, de-ices roads, removes wine stains, is a coolant in nuclear power plants, and goes into the manufacture of brass, glass, chlorine, and paper. It helped mummify bodies in ancient Egypt and was salary for soldiers in ancient Rome. (The Romans called it “salarium,” or “salt allowance.”)

Then we got to poke through various forms of Cargill salt—everything from a powder as fine as talcum (for cheesemaking) to tablets portioned out for canning (soup, vegetables, chili, etc.) to 50-pound licks for livestock. 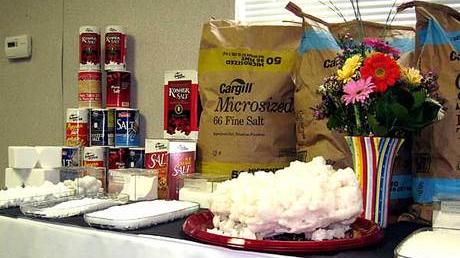 At Cargill, a table full of salts. 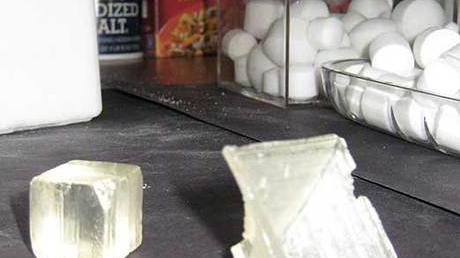 Kosher salt’s shape makes it very good at sticking to and pulling moisture out of foods. It’s called “kosher” salt because religious Jews have long used it to kosher (draw blood out of) meat.

We each left Cargill with a pretty pink lump of crystallized salt and a box of Diamond Crystal, the fluffiest, crunchiest kosher salt around.

Our search not over

However, we realized we had to keep searching for local salt. The tour was fascinating and the people couldn’t have been nicer or more articulate. But Cargill isn’t a local salt supplier, for us or anyone else. As one of the largest commodity food suppliers in the world, with 80 different companies under its umbrella, its orientation is anything but local.

So we’re still seeking local salt. We’re thinking we might try making it ourselves…but we sure don’t have five years to spare.

Got any tips? We’d love to hear them.