This group of backyard farmers is one of ten finalists in our One-Block Party contest. The winner will be announced on October 2, 2011. T... 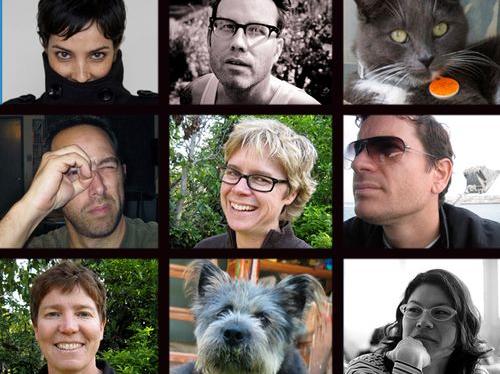 This group of backyard farmers is one of ten finalists in our One-Block Party contest. The winner will be announced on October 2, 2011. 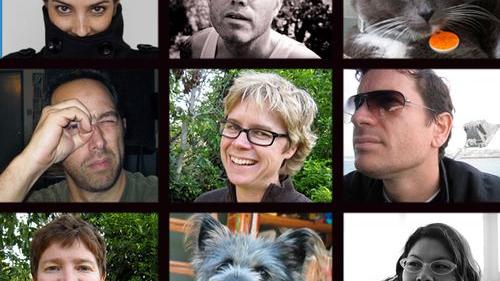 The core team, top row from left: Sonita, Steve, Pannonica.Middle: Sean, Kristi, Noel. Bottom: Tino, Freddie Mae, Max.Team Bad Skunks? These charming gardeners (and pets)? Max Wong, team leader and a film producer, explains: “If you live in Los Angeles, this name is a no-brainer. Because if you’ve ever smelled our city at night, then you know that the skunk is practically the totem animal of Los Angeles. In our neighborhood, with its proximity to the L.A. River, no bungalow is complete without a family of skunks living in the crawl space.”

Team Bad Skunks is a group of food exchangers who like to have fun. Max herself raises bees and is in the middle of a yearlong commitment to make, every week, a different kind of preserve from produce her neighbors forage from the area and bring to her. Then she delivers the jars to them as thanks. Everyone in the group grows food—interesting things like nopal cactus, loquats, and burdock along with standbys like beans and peppers, and lots and lots of fruit. “It was a cinch to convince them that a summer’s-end block party challenge was a good idea,” says Max. “Who doesn’t need another excuse to have a party?”

Here’s how she won the case for her team:

• I live in Los Angeles, a city famous for its urban blight and car-induced alienation. And 40% of my neighborhood lives below the poverty line. Using my awesome neighbors as an example, I would like to showcase the fact that even in cities, even in poor neighborhoods, people can grow a tremendous amount of food for themselves…if they pool resources with their neighbors. … We’ve forgotten how much food came out of victory gardens during World War II. I am a firm believer that helping people garden is an important link to ending hunger in this country.

• I think my neighbors, with their mix of incomes and cultural backgrounds, will be good at mitigating that annoying class argument that pops up in the comment section of every sustainability blog—that only elites can line dry their laundry/scratch cook/grow their own food.

• If Sunset Magazine selects my team, my horticulturalist mother can die a happy woman.

We hope Mama Wong—long may she live—is smiling. We also liked this group’s zest for living, its plan to use homegrown figs to make fig newtons (the rest of the menu sounded good too), its determination to raise food in tiny spaces, and its ability to laugh at predation: 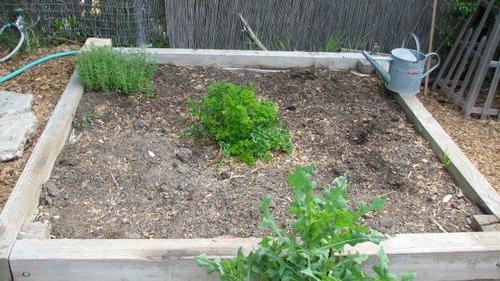 Max writes: “Last week, in preparation for the One-Block Party Contest…or something,the skunks proceeded to dig out just about every plant in our herb gardenexcept for the Italian parsley. Apparently tabbouleh was not on their menu.”