7 Gadgets to Brew Your Own Beer This St. Patrick’s Day 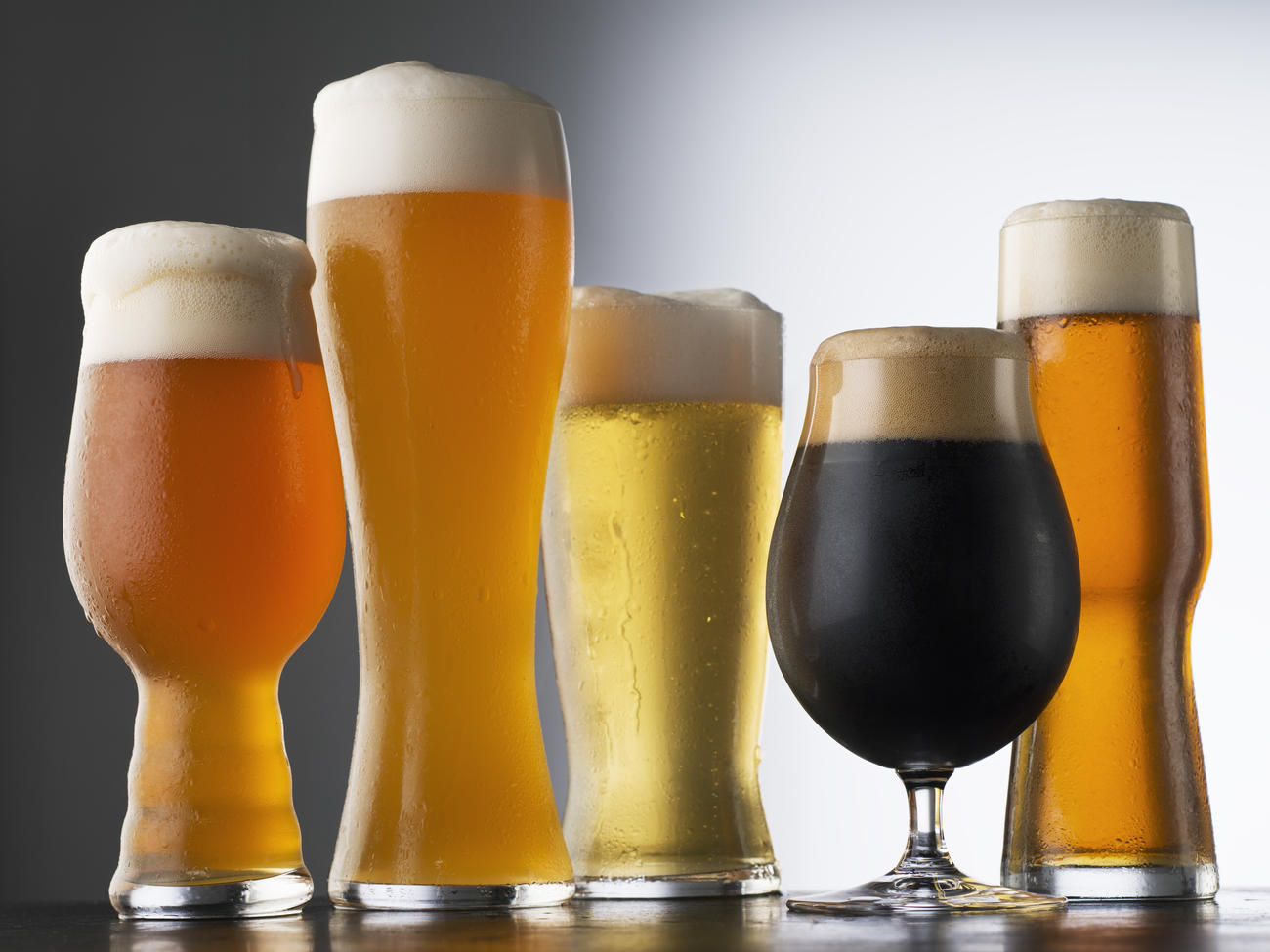 Raise a glass of home brew for St. Paddy's, or any occasion worth celebrating
Written by Chris Morris March 13, 2017
Share this story

The variety of new beers on store shelves seems to increase exponentially, which makes the idea of home brewing a bit baffling to some. But just like a home cooked steak is often better than one you buy in a restaurant, a home brewed beer can have its own unique appeal.

Maybe it’s the freshness, something that’s never guaranteed with store-bought beer. Or maybe it’s the chance to experiment with your favorite flavors to create something unique. Or you’re just looking to impress your St. Patrick’s Day guests. Whatever reason you opt to home brew, there are plenty of tools to help you make something especially tasty.

While it’s certainly possible to create your own beer using low tech tools, if you’re looking to compete with (or emulate) the pros, there are a few gadgets that make that a little easier. Here’s a look at some of our favorites:

Home brewing isn’t extraordinarily difficult, but some people like to make it even easier. Pico does that, though not inexpensively. The $700 system lets you forego the mess of making the mash and measuring out the hops and malt. Instead, you’ll buy ingredient packs from brewers like Rogue and 21st Amendment and begin brewing immediately.

It takes about two hours to complete the brew on each batch. From there, let it cool, drop in some yeast, and no more than two weeks later, you’ve got your own home-brewed beer from a professional’s recipe. (And if you want to tweak it, there’s nothing stopping you.)

After you make your beer, you’ll likely want to share it with friends — and sometimes that means transporting it elsewhere. This $114 128 oz. growler will keep beverages ice cold for up to 24 hours. It’s much easier to carry than a full-sized keg. And it weighs a lot less than a cooler filled with ice.

Also, if you choose the optional KegCap Accessory ($45), you can force-carbonate whatever you choose to put in the container and create a mini-tap system, ensuring that things stay frosty and frothy.

Randalling a beer is a technique that sounds advanced, but is actually fairly easy — and a lot of fun for mad scientist brewers. This $55 device is set up between the keg and the tap, then filled with, well, whatever you’d like. Among the things we’ve seen used are fresh hops, oysters, peppermint and even wood chips soaked in Fireball whisky. The flavors in the Randall are infused into the beer as it makes its journey to the tap, giving it an intense flavor (and aroma). It’s a way to make your beer truly stand out.

One of the critical steps in brewing is rapidly cooling the wort after it’s boiled. Failing to do so can cause oxidation, which can ruin the flavor of your beer. Typically, homebrewers do so via an ice bath, sticking their pot in a sink or tub filled with ice and water.

The Immersion Pro, which runs $300, makes that process easier — and less messy. A removable heat transfer rod, inserted in the wort, will rapidly chill your beer to the precise temperature you designate. Pair that immersion tool with an insulated wrap (sold separately) for your fermenter and you can keep your beer chilly during this critical phase without the need for a refrigerator or cool basement.

Want to avoid ice baths, but don’t need the precision that Brewjacket offers? This copper coil of tubing will rapidly chill your wort in a different way. Simply attach a hose or other water source to one side and a second drainage hose and continuously run cool water through the coil. It takes about five minutes for a five-gallon batch to drop from over 200 degrees to 60-70 degrees.

This $51 model isn’t the high end — and there are better copper wort chillers on the market — but it’s a good starter model for people who are thinking about changing how they handle the cold bath part of brewing.

Sediment in beer is a controversial topic. If done right, it can be part of a cloudy, tasty New England-style IPA (like those from Trillium or Treehouse.) If you’re not as expert as those professional brewers, though, sediment can gum up an otherwise good beer.

This $99 fermenter lets brewers do both their primary and secondary fermentation in the same container — and funnels sediment into a separate chamber that ensures a cleaner pour. Maybe more importantly, it makes it a lot easier to clean things up when you’re done.

If you’re not an expert home brewer, the Braumeister probably isn’t for you. It’s an $1,850 setup that’s instantly out of most people’s budget. But those who can afford it sing its praises, as it mashes, stirs and boils the wort in an inner cylinder (eliminating the need for a mash bag) and precisely maintains the temperature via a digital control box. The malt is kept in a separate chamber, so it never comes into contact with the heating element, which does away with the risk of burning that key ingredient.

Like the Pico, the Braumeister takes a lot of work out of the home brewing process, but this option gives amateur brewmasters a lot more control over their creations.

The fastest way to chill beer