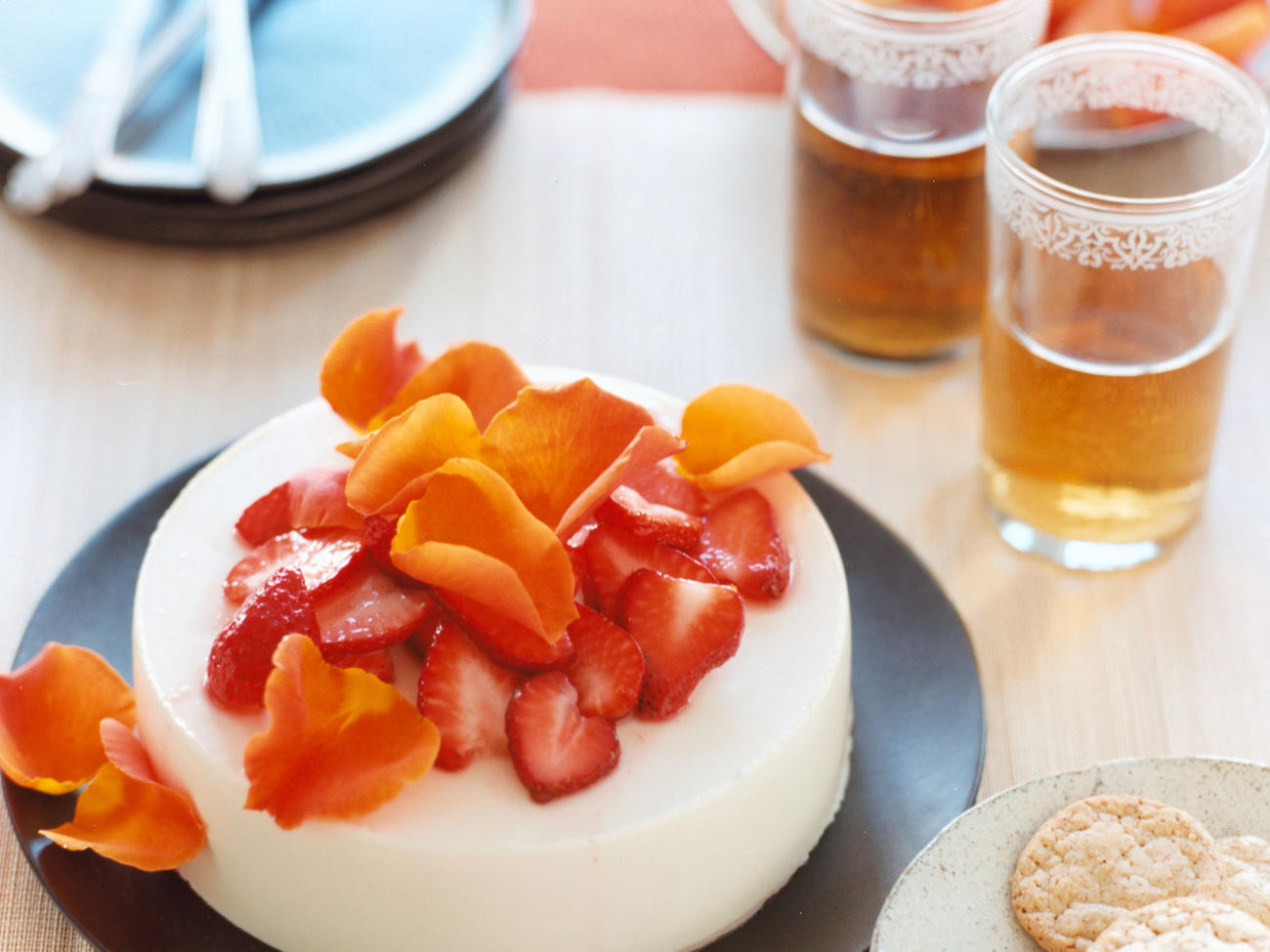 “Ah! What luck!” says Niloufer Ichaporia King, darting through a thicket of other shoppers’ elbows. She grabs an herb I don’t recognize. “This is fresh coriander, about to bolt! Wonderful. You can smell it a mile away.” More commonly called cilantro in the States, this green bundle is unusually shaggy and small-leafed, and so intensely fragrant it wakes me up like a jolt of caffeine.

We’re at the Alemany Farmers’ Market, the oldest in San Francisco, and the crowds are fierce and dedicated. “A mass of jostling, grabbing humanity,” King says happily. She loves this place, where the prices are good and you can find everything from Oak Leaf lettuce to squashlike chayote, fresh red walnuts, and Chinese litchi.

A legendary Bay Area cook who has wowed some of the country’s best chefs at her dinner parties (and with the Parsi New Year menus she creates at Chez Panisse restaurant every spring), King published her first cookbook last year. Called My Bombay Kitchen: Traditional and Modern Parsi Home Cooking (University of California Press, 2007; $28), it’s packed with her expertise ― and is up for a James Beard Foundation cookbook award this month.

King’s cooking starts with what she finds at the market. It’s a pleasure to watch her bright brown eyes light up as she seizes just the right bunch of tendriled pea shoots, or smooth knob of ginger, or perfect little red strawberries ― and then listen to what she’ll do with them: a stir-fry with chiles for the first and second; a smooth, sophisticated dessert for the last.

Her approach, drawing on her 37 years in California, might seem like a reinvention of Indian food. And it is, in a way, but then again, it’s not.

As she’ll tell you, the Parsis, her community in India, have always had a “magpie cuisine.” Descended from Zoroastrian Persians who migrated to India hundreds of years ago, they layered their Persian rice, saffron, and cream with Indian spices and then New World imports: chiles, potatoes, and dishes like custard and gratin. In her own imaginative way, choosing from the delicious foods that are part of her life here, King is a fine magpie herself.

Lamb Stew with Green Chiles, Cilantro, and Peas  This is King’s California-style version of an old Parsi favorite, green peas ma gos (“in meat”). The California touches are to use leeks instead of regular onions and to cook the peas for far less time than is traditional.

Quick-cooked Pea Shoots  King learned this method from a family in the Seychelles, where it is a very popular way of cooking greens. It works with any kind of greens, and it’s a good way to test out a new find from the farmers’ market (amaranth greens, for instance, are excellent cooked like this). If greens are tough, blanch them first.

Eggs on Potato Chips  This recipe never fails to enchant anyone who makes it. Have it for breakfast, lunch, or dinner.

Yogurt Honey Jelly with Strawberries and Roses  Some years ago,” King says, “Sunset had a recipe for something called Russian Cream, where sour and whipped creams were sweetened, folded together, and set with gelatin. It was so innocently light and delicious that it became far too easy to eat too much of it.” Our April 1975 recipe ― and English food writer Josceline Dimbleby’s recipe for Athenian Jelly ― inspired King to make this dessert. It’s perfect after Parsi food and very much in character with it. Serve with cookies if you like.

GETTING THE GOODS: How to buy the best produce

Keep these tips from King in mind as you’re shopping for the recipes in this story.

Cilantro The leaves come from the same plant that produces coriander seeds; Americans call the leaves “cilantro” (the Spanish word for the herb), but they’re “coriander” in India and the United Kingdom. The most intense-tasting cilantro is one that’s about to bolt (go to seed), which you can find now and then at farmers’ markets (or grow in your own garden). It looks shaggy, with smaller, denser leaves than normal, and the smell is wonderful.

Dried red chiles  Arbol or cayenne chiles have the best flavor. Choose bright red ones (at Latino or Asian markets), store them out of the light, and compost them if the color fades.

Fresh green and red chiles  Look for slender arbol or Thai chiles at farmers’ markets and Asian and Latino groceries. Red chiles are just green chiles that have ripened.

Leeks Small ones are the most tender.

Peas Choose small pods, and feel to check the size of the peas, which shouldn’t be too large ― nothing approaching marble size.

Pea shoots The sweet, leafy tips of the pea plant, typically found in Chinese markets under the name “dou miao“. Often confused with pea sprouts, which are the whole baby pea plant. Shoots and sprouts can be used interchangeably.

Strawberries Bigger is not better. Choose the smallest possible berries for the deepest flavor.