By Lauren Swezey, Sunset special projects editor Although I can’t speak with authority here (after all, I AM a member of Team Wine)&nbsp... 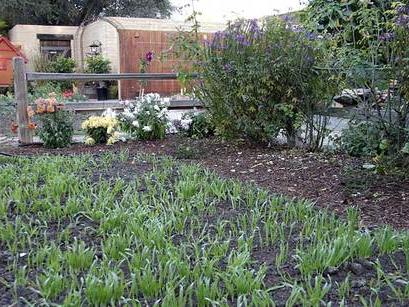 Although I can’t speak with authority here (after all, I AM a member of Team Wine)  barley is a very important ingredient in beer brewing, since it’s the main source of sugar during the fermenting process.

Most home brewers make their beer with a store-bought barley malt extract. But for our One-Block Diet feast, we want to do as much as possible right here on campus. So we decided to grow our own barley. 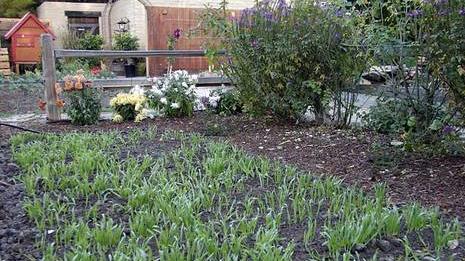 Easier said than done! The first hurdle was trying to figure out what we needed. It turns out we wanted “malting barley”, not cereal barley. Then, I had to find a source that would sell small quantities of seed.

After days of clicking around online, I finally ran across a blog on a beer-making site that sent me to Howe Seeds in South Dakota. Great! All I had to do was go to the site and order the seed. Slam-dunk. But when I got to the page on barley, it said “BARLEY SEED FOR GROWING BARLEY STRAW FOR USE AS A NATURAL ALGAECIDE IN PONDS AND FOUNTAINS”. Huh? I had heard that barley straw controls algae in ponds, but what did that have to do with beer?

After emailing the owner, I found out that their pond barley is a six-row variety called ‘Lacey’, which also happens to be a great one for brewing (how efficient: you can brew with the barley seed and then use the straw to clean up your pond!).

In fact, it’s a superior, high-yielding variety that was introduced in 2000 by University of Minnesota Agricultural Experiment Station. It has received favorable reviews for its high malt extract, low soluble protein (high protein can cause cloudiness), and high alpha-amylase activity (an enzyme that converts starches into sugars).

The rest was easy. Ryan prepared a 5-foot-wide by 16-foot-long bed in the test gardenand then planted the seed. Within days, it was up and growing.

The seedlings are about 3 inches tall now—only 30 inches to go! We’ll harvest the barley next spring, then Team Beer will have to figure out what to do with it!