Wait, Are Eggs Good for You or Bad for You?

A new medical study warns eggs—those photogenic protein bombs we love!—may not be so healthy. So we looked at the scientific history to find out the shell-shocking truth. 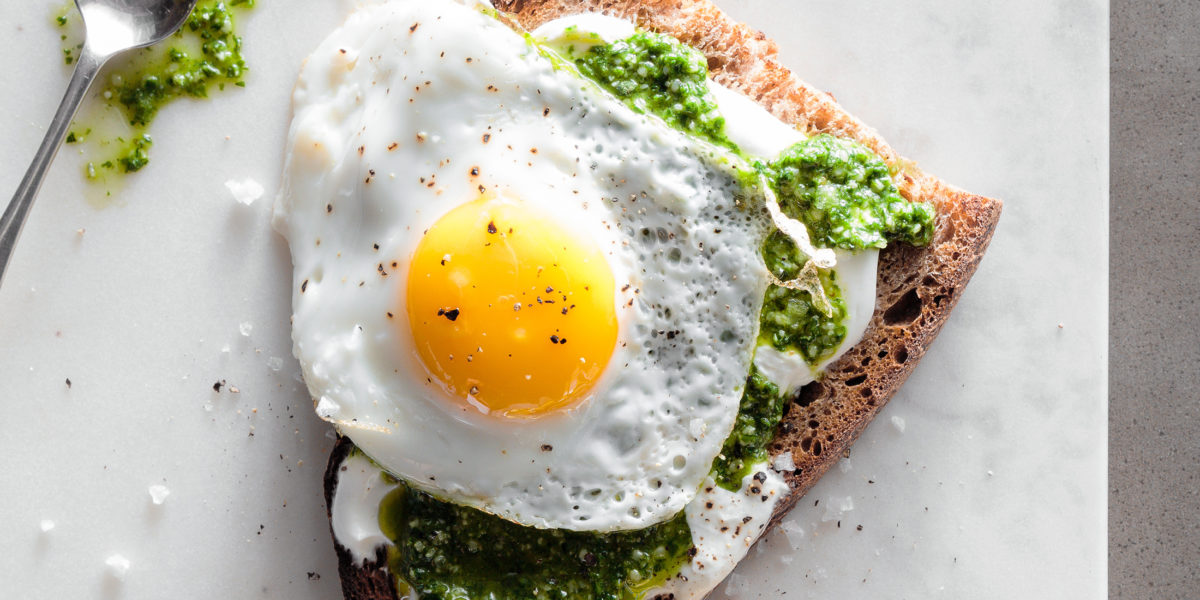 Last week in Los Angeles, Egg House, a roving, Instagram-friendly popup museum and “multisensory experience” dedicated to, yes, eggs, started its one-month run—just a day after the Journal of the American Medical Association published a study connecting increased consumption of eggs to a higher risk of cardiovascular disease and early death. On the one hand, eggs seemed awesomer than ever. On the other, flat-out frightening. We were, to say the least, shell-shocked.

And confused. Should we, after blissful years of eating egg salad, putting an egg on everything, and perfecting our jammy hard-cooking technique, need to give up our yolky ways? Was this study all that it’s cracked up to be? We decided to look back at the history of our relationship with eggs—and discovered the truth, as with many food and health stories, depends on who you ask and when.

The 1920s: Eggs are the foundation of a healthy diet

In the early 20th century, eggs were celebrated as a near-perfect food—delicious, affordable, and full of protein. One early medical “study” was engineered by none other than proto PR and marketing guru Edward Bernays (nephew of Sigmund Freud and an equally acute reader of the human psyche, albeit in the service of commerce). In post-agrarian urban America, people were increasingly turning to quick and convenient baked goods for breakfast. Bernays was approached by the Beech Nut corporation to increase sales of bacon. Bernays surveyed some 5,000 doctors, the majority of whom supported his assertion that a heavy breakfast, such as bacon and eggs, was healthier than a light one. Newspapers across the country reported on the study, and with Americans believing a bigger breakfast was better, eggs hitched a two-decade ride on bacon’s success.

Americans blissfully lived in a sunny-side-up world until 1948, when the Framingham Heart Study seemed to indicate that increased cholesterol levels in the blood correlated with an increased incidence of heart disease. And since eggs contain some of the highest levels of cholesterol of any ingredient, they got a bad rap. It’s not like people ditched their Denver omelettes for açai bowls back then, but the questions began. And so did the fear. Cholesterol really can be a bad thing, as elevated levels of lower-density lipoprotein cholesterol in the bloodstream can lead to cholesterol buildup on arteries, narrowing them, leading to high blood pressure, strokes, and heart attacks.

The fear of eggs was further bolstered by a 1968 report released by the American Heart Association recommending that people eat no more than three eggs per week to reduce their dietary cholesterol, and thereby their risk of heart disease. While measuring saturated cholesterol levels in a serving of meat can prove difficult for the layperson, the single-serving nature of the egg (one large egg equals 180 milligrams of cholesterol) coupled with the pronouncement that three eggs were the max, made it an extremely easy ingredient for people to cut back on.

Eggs become a viable daily special in 1999, when the Journal of the American Medical Association (yes, the same one!) published a study that tracked over 100,000 patients over 20 years and concluded an egg a day had no negative effect on cardiac health. In 2013, the American College of Cardiology and the AHA (yes, the same one!) released a joint statement that there was insufficient evidence to determine whether lowering dietary cholesterol reduces bad cholesterol. Seven eggs a week is two hearty omelettes—or an egg on top of one salad, one mixed into bulgogi, two soft boiled eggs for breakfast, and a bonus three-egg omelette. That’s math egg eaters can behind.

In 2015, the U.S. government relaxed its restrictions on daily cholesterol intake, and Americans began to realize that cholesterol isn’t so much bad as misunderstood, like Severus Snape or Lisa Vanderpump. Not only was an egg a day delicious and sustaining, but it also could reduce your risk of stroke, according to a 2016 study. The reduced risk was somewhat small, just 12 percent, but every little bit helps, right? So not only could you make your grain bowl or sad desk salad more unctuous and satisfying, you could also not die. Win-win! And then people realized that a single large egg contained only 2 grams of the “bad” LDL, but 3 grams of the “good” HDL cholesterol that actually strips the bad cholesterol out of your bloodstream. Triple win!

The latest study examined data from several study groups totaling some 29,000 people over up to 30 years and found a 3.2 percent increased risk of heart disease and a 4.4 percent increased risk of early death in those people who ate the equivalent of the cholesterol in 3 eggs every day. We’re just going to say it: Unless you’re an old-school bodybuilder, a competitive eater, or a crème brûlée entrepreneur in the early stages of product development, 21 eggs a week is a lot of eggs. Not even our food editors and writers eat that many eggs. Full disclosure: We have over 1,000 recipes containing eggs on our website. But not one of them calls for 21 eggs. So get cracking.