A New Taste of an Old Sonoma Vineyard

Just in time for crush, there’s a new way to take a deep and gorgeous dive into Alexander Valley—eating and drinking like kings along the way. 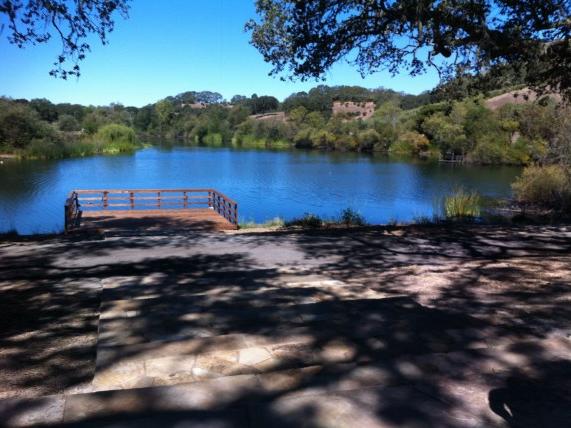 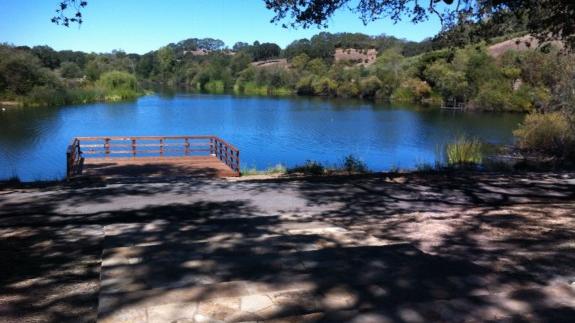 Just in time for crush, there’s a new way to take a deep and gorgeous dive into Alexander Valley—eating and drinking like kings along the way. The place you can taste now, so to speak, surrounds Jordan, an iconic winery north of Healdsburg that set the bar for California Cabernet starting in 1976. (No, Napa isn’t by any means exclusively responsible for “the bar.”) Considering that current winemaker Rob Davis was the winemaker then, at 22 (sorry to out your years, Rob), there’s rich history here. And legendary know-how: For 18 years, Rob worked alongside consulting winemaker and dean of a whole generation of California winemakers, André Tchelistcheff.

Lest people get too reverential about all this pedigree, though, Jordan’s spinning humor around it all these days. A little Gangnum Style takes the fustiness out of the château in a hurry. But I digress …

The winery has always been open by appointment, but the 1,200 wild and diverse acres around it, serene slopes full of mini vistas and ancient oaks, madrones, and manzanitas (only 112 acres are planted with vineyards), has been inaccessible—until now. Jordan has devised a tour that captures the beauty and flavor of a grand piece of Sonoma wine country. 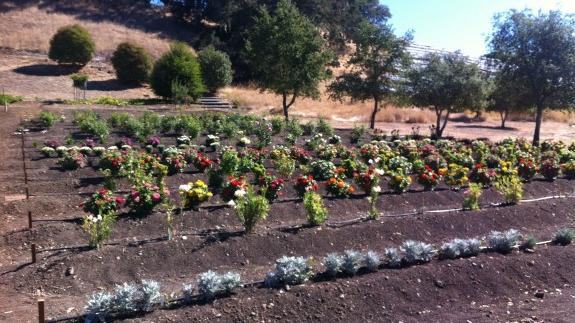 A comfy super-van shuttles you to the chef’s garden for the first stop, with an appearance by said chef (the talented Todd Knoll) to show you the raw materials he’s used for the food pairings in your near future. And—maybe—the two rescue donkeys will show up too. No luck last week. They played hard to get, but John Jordan assured us he would be firm about scheduling them for duty from here on out. 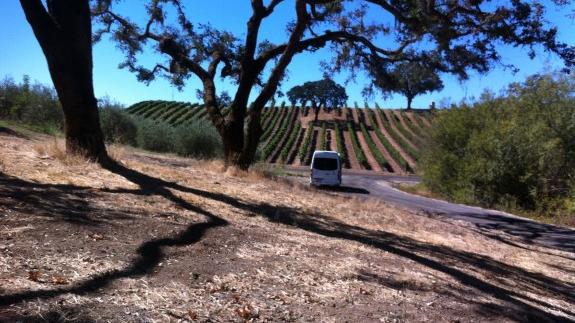 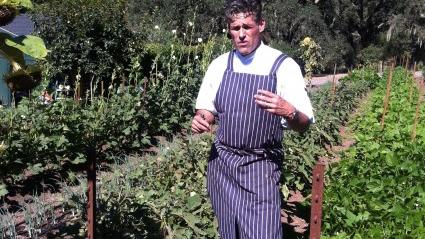 Next stop, Seven Oaks, a sweet lakeside nook very literally named, where the eating and drinking commence (if you don’t count the produce you consumed in the garden). This is the Chardonnay station. (Jordan makes only two wines each year, a Chard and their iconic Cabernet.) The 2010 and 2011 are poured, offering a great look at what contrasting weather does to different vintages, rounder and riper one year, leaner and brighter the next. Jordan olive oil is poured too, and when the lids come off the clever little boxes laid out for you, a couple of pretty daring pairings appear. Chardonnay isn’t necessarily a flexible food wine, but these two wrap happily around pickled garden veggies—escabeche—with apple vinaigrette & wild fennel, and “Nigiri sushi” made with thinly sliced plums and Sonoma honey & citrus—the comfortable pairings evidence of bright acidity and balance in the wine. Oddly enough, the sushi rice itself was the best texture and flavor match. 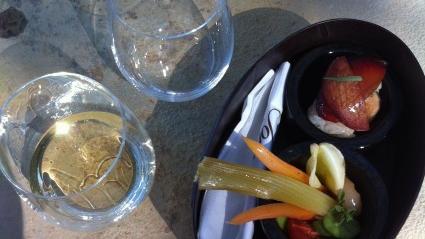 The winding trip upslope from here includes stops to taste the ripening grapes, then one glorious view from the mountaintop. Three AVAs (American Viticultural Areas) spread out in the 360° view: Alexander Valley, Dry Creek Valley, and the Russian River Valley. Any seat at the table in the new tasting hut is the best seat. And the Cabernets (2002 and 2009 last week) turn miso-glazed beef with porcinis and a series of local cheeses into sensational bites. 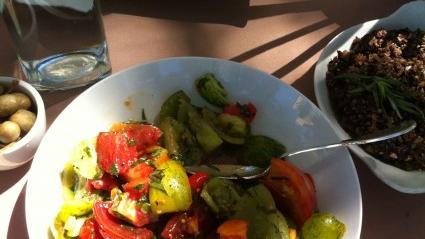 A New Taste of an Old Sonoma Vineyard